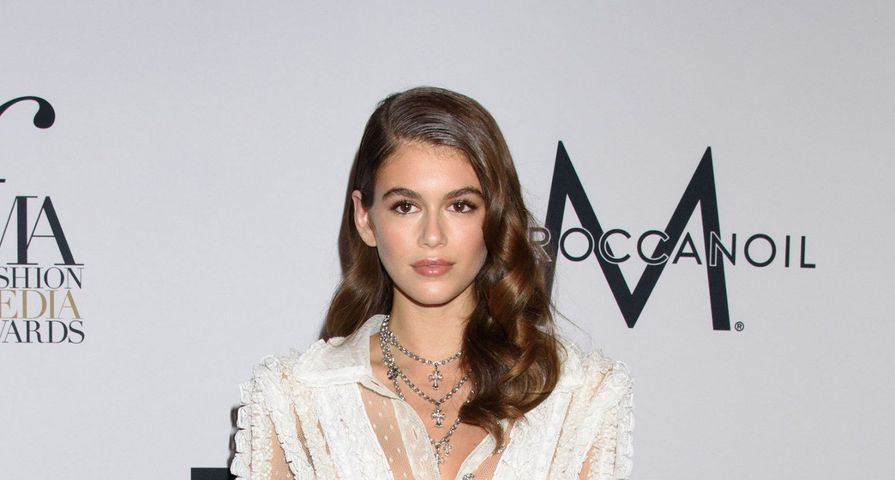 With the new year just around the corner, it’s time to take a look back at the past year and appreciate all the best-dressed stars that kept us swooning and inspired when it came to our wardrobes. Whether this year was their big fashion debut or their style have been admired for years, these ladies are the powerhouses of the Hollywood fashion scene and have proven time and time again just how stylish they truly are. They are the risk takers, the statement makers, and the boundary breakers when it comes to fashion. Follow along for the 12 best-dressed celebrities for the year of 2017:

Gal Gadot made a monumental red carpet debut when she stepped out at the premiere of Wonder Woman back in June. Her role was groundbreaking by portraying an empowering new take on the classic female superhero figure, and her fashion proved to be as well! At the premiere, Gadot wore a head to toe red sequined gown that crossed into a halter and had cutouts along the chest. This dress definitely made a statement, but the fact that she wore flat sandals instead of traditional heels made it even more so!

Quantico actress Priyanka Chopra definitely knows how to make a bold entrance on the red carpet! This star has had more than a handful of best-dressed fashion moments this year and seems to have a knack for putting together looks that make a statement. Her biggest fashion moment of the year was undeniably at the MET Gala where she wore a trench-style Ralph Lauren dress that stretched for miles behind her. The look was fierce, edgy and a total show stopper!

Model Ashley Graham has broken boundaries in the plus-size fashion category and has empowered others to do the same! She has become such an influential fashion icon by giving style advice for curvy women and starting collections based on her own experience with clothing. Most recently, she celebrated her 30th birthday with a new plus-size swimwear launch. “I wanted to offer a range of swimsuit styles that make all women feel confident and sexy. Some traditional brands assume girls with bigger hips, breasts, and thighs want to cover up, but I know that’s not the case,” she explained to Bazaar about her new empowering collection.

Selena Gomez’s style is definitely one of Hollywood’s most evolved! She’s a star that’s been in the spotlight since her teenage years so we’ve watched her grow from a red carpet newbie to a confident fashionista. Gomez definitely knows how to style all of the key trend pieces of the season but never strays far from the understated glamour she’s become known for. Whether she’s strutting down the streets of New York or making an entrance at an elite event, we can always rely on Gomez to bring her A-game when it comes to style.

Rihanna has made waves in the fashion industry year after year, but 2017 seems to be one of her top fashion years! This star isn’t shy about rocking the boldest haute couture pieces you can imagine and is definitely not one to take the simple route when it comes to fashion. She creates the fashion rules rather than following them and is an undeniable risk taker, especially on the red carpet! The purple cupcake dress she wore to her Fenty Beauty launch is just one example of all the times this year that Rihanna stunned in extravagant styles.

The years have definitely made Nicole Kidman more risk-taking than more modest when it comes to red carpet style! This 50-year old beauty consistently delivers when it comes to fashion and her event gowns are always unique, ambitious and fearless. Her Emmys look from this year was definitely one of the most memorable with the ankle-skimming full skirt, luxurious shade of red and original neckline detailing. She even took her look up a notch by shocking everyone with mismatched shoes!

Kendall Jenner has definitely made quite the name for herself in the fashion industry this year. From her enviable Instagram posts, perfect street style outfits and bold red carpet looks, Jenner has proved she can do it all! This particular look she wore during the summer was definitely one of her most memorable. Following Jenner’s debut, celebs everywhere were spotted in their own chic pair of white kicks — could this be the Kardashian fashion effect taking action?

Celine Dion is undeniably one of the most fearless fashionistas in Hollywood after witnessing multiple winning style moments from her this past year! Despite being surrounded by 20-something Instagram models and up-and-coming fashionistas, this legend has proved that truly epic fashion moments have no age. The celeb made huge waves at Paris Fashion Week and showed a slew of street style looks that were unlike any other and truly fabulous. Her red carpet looks were no different, especially her MET gala dress that featured a super high slit, lace, and leather patchwork and an extravagant headpiece.

Sixteen-year-old Kaia Gerber made headlines weekly this year for her swoon-worthy street style looks that had everyone talking! Gerber is the spitting image of her acclaimed supermodel mother Cindy Crawford and many believe she will follow closely in her mother’s footsteps after already landing herself international runway gigs. Her long, lean figure could pull off nearly any dress and her consistently trendy street style looks have proven her to be the next big “it-girl” to watch.

Gigi Hadid dominated the street style world this year with her consistently on point fashion moments. The California native is not only an ethereal beauty but truly has a knack for putting together an outfit that appears effortless yet still incorporates all the current trends. She is the epitome of chic and has a cult-following that swoon over her bold looks. This particular yellow ensemble proves just how stylish this fashionista can be! Most blondes with fair complexions would shy away from yellow in fear it may wash them out, but not Gigi! This model rocked a yellow dress and matching yellow trench coat during her Maybelline promotional event in London and totally turned heads.

Stranger Things star Millie Bobby Brown may only be 13-years old but she took the fashion world by storm this past year! The pre-teen seems to have an innate sense of good style and has been spotted wearing the trendiest pieces such as this outfit — complete with circle glasses, a sequined bomber, and a soft pink two-piece set! She clearly has not fallen victim to her young age as many celebs tend to do when they first break into the Hollywood scene. Her looks are elevated, fashion-forward and seriously swoon-worthy!

The 2017 best-dressed list wouldn’t be complete without an appearance from the Duchess of Cambridge Kate Middleton! This royal is the ultimate fashion muse and looks polished and perfect whether wearing a tracksuit or her latest designer suit. She is notorious for causing her latest piece to sell out at the stores within minutes and has a cult-following that take inspiration from her elegant looks into their own wardrobe. With the announcement of her latest pregnancy, we can’t wait to see what this royal has in store after proving to have impeccable maternity style during her first two pregnancies.