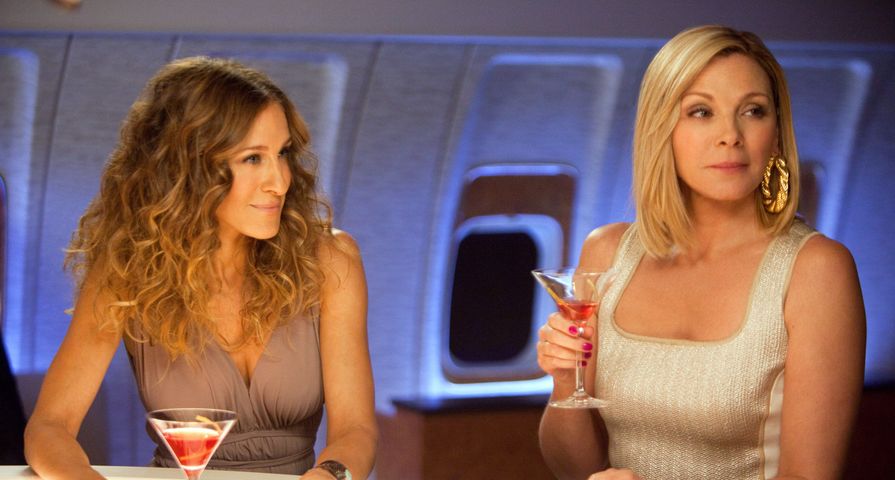 This year, there were a bunch of celebrity feuds – many of which came out of left field. While some were new, there were several others that seem to have carried over from years past, which is in itself kind of shocking. Some of these feuds have already been resolved; however, there are a number of others that will probably keep going for years to come. Here are the 12 most shocking feuds from 2017:

This feud was rather one-sided. Teresa Giudice tried to start a feud with Sofia Vergara when she called the actress a “b-tch” and made comments about her being an immigrant because of an alleged encounter where the actress stepped in front of her during a photo-op. She was further incensed when she allegedly heard Vergara say to her publicist, “Why are you making me take a picture with that woman?” Like a true lady, Vergara never responded to Giudice’s comments.

The Taylor Swift/Kim Kardashian/Kanye West feud from 2016 was alive and well this year. In her song “Look What You Made Me Do,” Swift took aim at Kim and Kanye with the lyrics, “I don’t like your little games / Don’t like your tilted stage / The role you made me play / Of the fool / No, I don’t like you.” Throughout the album, there are more references to the feud. In the song “This Is Why We Can’t Have Nice Things,” Swift seems to allude to when Kim posted a recording of the singer’s conversation with Kanye when she gave him permission to use her name in his song: “It was so nice being friends again / There I was giving you a second chance / But then you stabbed my back while shaking my hand.” This feud is far from over and is likely to continue into the new year.

Kim Zolciak-Biermann’s daughter Brielle started a feud with NeNe Leakes when she posted a video on Snapchat of insects crawling around in one of Leakes’ bathrooms. NeNe then reposted the video to Instagram with the caption, “We don’t have roaches! If you found 1, u brought it with u or it fell outta yo funky pu**y! Please know I will get You all the way together when you start f**king wit me and mine! Go somewhere and let the air outta those fake lips, fake titties and fake ass because you will never be @kylejenner,” adding the hashtags #racisttrash #jealous #KKK and #thirsty. The feud reportedly started because NeNe had been talking negatively about Kim during one of the Real Housewives of Atlanta’s trips and it got back to Kim. The video that Brielle posted wasn’t recent, but she decided to post it because she heard what NeNe had been saying about her mom.

Katy Perry and Taylor Swift have been feuding since 2014 and in 2017 it is still going. This past May, Perry released her Swift diss track Swish Swish” and she told James Corden that her former friend started the feud and needs to finish it. Then in another interview with NME, she accused Swift of assassinating her character; however, in June, she said that she was ready to let it go, but Taylor obviously isn’t. In her song, “Look What You Made Me Do,” she referenced her feud with Perry yet again and she was accused of purposely putting her back catalogue on Spotify on the same day that the “I Kissed a Girl” singer released her latest album Witness.

Tyrese Gibson started a feud with his The Fast and the Furious co-star Dwayne “The Rock” Johnson on Instagram this past September when he announced that he wouldn’t be appearing in the next installment in the Fast franchise if Johnson would be taking part. “Hello world, hello loyal fans and loved ones from OUR fast universe,” he wrote. “I’m sorry to announce that if [Dwayne] is in Fast9 there will no more Roman [Pearce].” You mess with family and my daughter’s survival I mess with yours,” and then called Johnson “a clown.” His Instagram post came after it was announced that the ninth installment of the franchise would be pushed back because the studio was going to be releasing a standalone film starring Johnson’s character. The Rock never responded, but a day later Gibson seemed to soften his stance on the issue by posting that he had talked to one of Johnson’s associates and had smoothed things over.

Camila Cabello left Fifth Harmony to pursue a solo career in December 2016 and through 2017 there have still been some hard feelings. While Cabello doesn’t feel any animosity, the rest of the band does. In an interview with Galore, they made comments like “for us communication is really important” and “the four of us are really in sync now,” and then in an interview with Billboard magazine, they said, “Let’s just say we’re in a better place now — there are no secrets in this circle.” The feud intensified at the MTV Video Music Awards when the group performed “Angel” with a fifth member who they threw off the stage.

While last year it was Kanye West feuding with Jay Z, this year Jay Z has responded to the feud on his new album 4:44 in the song “Kill Jay Z.” “I know people backstab you I felt bad too. But this f*** everybody attitude ain’t natural. But you ain’t a saint, this ain’t kumbaye. But you got hurt because you did cool by ‘Ye. You gave him $20 million without blinkin’. He gave you 20 minutes on stage, f*** was he thinking’? f*** wrong with everybody is what you sayin’. But if everybody’s crazy, you’re the one that’s insane.” When he asked about his beef with West on the Rap Radar podcast, Jay Z said that his big issue was that his former pal brought his wife and child into it. “You know it’s a problem because me and him would have been talked about it, been resolved our issues. And he knows crossed the line. He knows. And I know he knows. ‘Cause we’ve never let this much space go between one of our disagreements and we’ve had many. That’s part of who we are,” he said. Jay Z isn’t the only one with hard feelings though. Kanye’s upset with him now upset with him for making fun of his mental health on his new album.

Azealia Banks loves a good feud and this year her big fight was with none other than Rihanna. She decided to attack the Grammy-winning singer on Instagram for commenting on Donald Trump’s controversial travel ban. “As far as Rihanna (who isn’t a citizen, and can’t vote) and all the rest of the celebrities who are using their influence to stir the public, you lot really REALLY need to shut up and sit down,” Banks responded on Instagram. “Stop chastising the president. It’s stupid and pathetic to watch. All of these confused people confuse other confused people.” In separate posts, she posted a picture of Rihanna, again calling her an immigrant, and then posted a screenshot of the singer’s phone number. The only thing that Rihanna seemed to post in response was a picture of her kissing at the camera with the caption, “What u came for.”

Drake Bell and Josh Peck – who played brothers on the Nickelodeon show Drake & Josh – were believed to be feuding this year after Bell wasn’t invited to Peck’s wedding to Paige O’Brien this past June. Bell seemed to confirm his disappointment at having not been invited when he wrote on Twitter, “True colors have come out today. Message is loud and clear. Ties are officially cut. I’ll miss you brother.” He ended up regretting his Twitter posts, however, and told Entertainment Weekly that he got caught up in the heat of the moment. “So, it was just one of those things where it was just like, ‘You didn’t even tell me?! I had to find out on social media?’ And then you’re like, ‘You know what!? Fine!” he said. “And then I’m like, wait, I shouldn’t have done that. I should have just texted that to him, you know. I was just being cranky.” In August, Peck confirmed that the two had made amends when he posted a picture of the two of them hugging at the 2017 MTV Video Music Awards.

3. Caitlyn Jenner vs. The Kardashians

Caitlyn Jenner’s relationship with the Kardashians has become especially fraught this year after she released her memoir. In The Secrets of My Life, she alleges that her ex Kris was aware of her struggle with her gender identity throughout their marriage, and that Kris’ ex Robert Kardashian knew that O.J. Simpson was guilty of murdering his wife but decided to defend him anyway, which upset the Kardashian women and Kris. When Kim appeared on The Ellen Degeneres Show, she claimed that Caitlyn wasn’t being honest about certain things she wrote in her memoir that had to do with Kris and she has claimed that there is little to no chance of her speaking with her again, and Khloe called her “a bad, mean person.”

When Ben Affleck released a statement condemning Harvey Weinstein for his predatory and abusive behavior, Rose McGowan called him out, claiming that he knew what Weinstein was doing. She tweeted, “GODDAMNIT! I TOLD HIM TO STOP DOING THAT’ you said that to my face. The press conf I was made to go to after assault. You lie.” Affleck was asked about Rose’s tweet on the Today show, but he refused to get into specifics. “I don’t really want to get into other people’s individual stories because I feel like those are their stories and they’re entitled to tell as much or as little of those as they want,” he said. “I believe Rose. I support her. I really like and admire her tenacity and I wish her the best.”

A feud erupted between Sarah Jessica Parker and Kim Cattrall when Parker made a comment about a third Sex and the City movie that had been in the works that had to be scrapped and how disappointed she was along with SATC fans. The Daily Mail then alleged that the Cattrall and her diva demands were the reason that there would never be a third film – and Cattrall ended up responding. She claimed that she and her costars were never really friends and had not spoken in several years. She also said that she had not been interested in doing a third movie, but her co stars were more than welcome to make another film without her. Parker, however, never commented on anything Cattrall has said since.