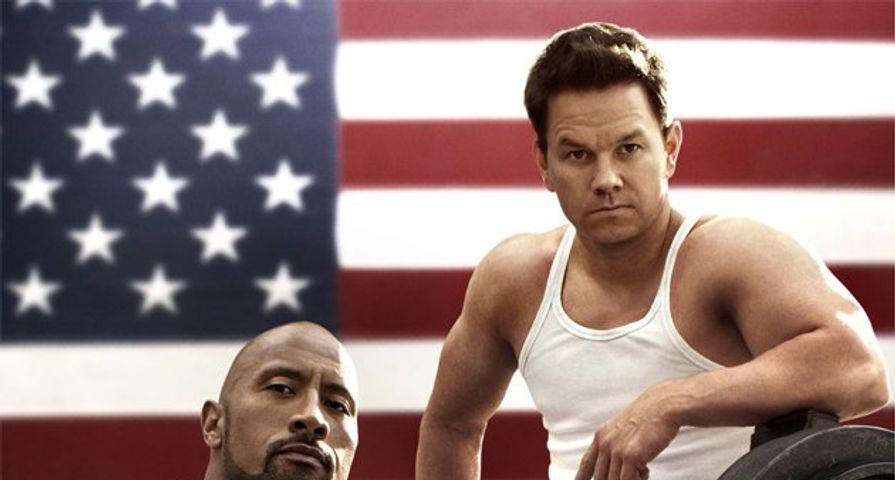 Hollywood loves to take true stories and make them into films. Unfortunately, some of these true stories don’t exactly translate well into movies. We have selected twelve of the worst offenders for this particular list. One of our biggest issues with these flicks is that they didn’t do justice to their source material. Sometimes, it is really hard to tell what exactly went wrong. Was it a combination of bad writing, poor direction or was it the flat acting? For all of the movies that we chose, it was generally a combination of all three.

With a cast lineup that includes John Travolta, Lisa Kudrow and Tim Roth, many would think 2000’s Lucky Numbers would have to be a hit, but it most certainly wasn’t. The film was based on the 1980 Pennsylvania scandal and was directed by Nora Ephron, who ended up taking a lot of the blame for why the film was so poor according to many critics. “The laughs are few in this inert, ungenerous comedy because Ephron’s tendency to condescend to her characters, coupled with Harrisburg-born Resnick’s mocking worldview . . . makes for a queasy time,” Lisa Schwarzbaum of Entertainment Weekly shared. “Everyone in the cast is “ill-served by the director’s rhythmless pacing, her muddy visual sense, and her insistence on reducing characters to caricatures.” If that wasn’t bad enough, the movie end up only grossing just under $11 million on a whopping $63 million budget making for a huge loss.

There is no doubt that Hollywood has taken many liberties when bringing the stories of the past back to life on the big screen, but none have been as widely criticized as 2004’s Alexander. The film starring Colin Farrell, Anthony Hopkins, and Rosario Dawson told the story of the life of Alexander the Great was criticized by audiences, film critics, and historians alike earning a mere 34% in favorable reviews. While it was definitely panned for being extremely historically inaccurate, some of the harshest criticism came against the actors especially Farrell and Angelina Jolie and the film was nominated for an astounding six Golden Raspberry Awards.

Grace of Monaco was one of the most anticipated films of 2014 and with an actress such as Nicole Kidman taking on the role of the mesmerizing Grace Kelly, many didn’t see how this film could go wrong, but it did. After filming ended the drama began when Kelly’s children criticized the film saying it was “needlessly glamorized and historically inaccurate,” and said that “numerous requests for changes” had been ignored, which “had caused much astonishment.” Things only got worse as Director Olivier Dahan began arguing with the film’s distributor Harvey Weinstein who threatened to drop the film for US distribution. By the time the movie premiered it was already tarnished by too much controversy and became overwhelming panned by film critics.  “Amel’s script is agonizingly airless and contrived,” one critic wrote while another called the film “utterly vapid,” and doe snot honor its subject or the audience.

Against the Ropes was supposed to resurrect the career of Meg Ryan after a string of flops and one big controversy surrounding her affair with Russell Crowe, but instead it became known as one of her worst movies of all. The 2004 film starred Ryan as Jackie Kallen, the first woman to become a successful boxing manager, and should have been empowering and inspiring, but that is not how it was received. It was a certified box office bomb after it earned only $6 million on a $39 million budget, and the script was described as “bland and comatose” while Ryan delivered a questionable Detroit accent.

With Apple dominating the world of tech, there was no better time for a biopic on Apple co-founder Steve Jobs to come about than in 2013, but the anticipation for the film, Jobs, only made how disappointing it was even worse. The movie was directed by Joshua Michael Stern and starred Ashton Kutcher in the lead role with Josh Gad as Apple co-founder Steve Wozniak, and while many expected the casting of funnyman Kutcher to sink the film, he was actually its only saving grace. Instead of digging into who Jobs was as a person, the film was criticized for “lacking depth” and being “superficial.” Rotten Tomatoes wrote,”An ambitious but skin-deep portrait of an influential, complex figure, Jobs often has the feel of an over-sentimentalized made-for-TV biopic.”

“Liz & Dick” was supposed to be Lindsay Lohan’s comeback vehicle; however, the screenplay and the acting were so bad that it is hard to imagine anyone taking this movie seriously. The film, which was based on Elizabeth Taylor and Richard Burton’s tumultuous relationship, lacked the passion and chemistry that the two shared. According to one critic, Lohan and her co-star Grant Bowler have about as much chemistry as Kermit and Frog and Miss Piggy, but they lack that couple’s tenderness. Ouch!

“Pain & Gain” is a true crime case based on an article by Miami New Times journalist Pete Collins. It tells the story of a group of criminals, which included a number of bodybuilders affiliated with Sun Gym, who kidnapped, extorted and murdered several victims. The film received mixed reviews with British critic Mark Mermode describing the film as “grotesquely inappropriate” and “every bit as pumped up and steroidal as the appalling characters it is attempting to portray.”

“The Black Dahlia” had all the right ingredients for a great crime thriller flick. Not only was it based on the real life murder of an aspiring Hollywood actress named Elizabeth Short which was never solved, the film was also visually brilliant and featured an all-star cast. Sadly, the movie’s screenplay ended up being overly complicated and needlessly awkward. The only thing that critics liked was Mia Kirshner’s performance as Short.

“The Bling Ring” is a true-crime story about a group of teenagers in Calabasas who robbed the homes of several celebrities. One of the main flaws with this film is that the audience never really gets a sense of why these teens did what they did. Any and all character development is denied and what the audience is left with instead is obnoxious music and fashion, which makes the film feel more like a music video than a full-length film.

The film “Party Monster” is based on “Disco Bloodbath,” a memoir by James St. James, which details his friendship with infamous party promoter Michael Alig played by Macaulay Culkin. While the film may have a cult following now, it received mostly negative reviews upon its release. Roger Ebert called Culkin’s performance “fearless;” however, he felt that “the movie lacks insight and leaves us feeling sad and empty — sad for ourselves, not Alig.”

“Alpha Dog,” which was inspired by the real-life story of the kidnapping and murder of Nick Markowitz, is considered just another movie that glamorizes violence, drugs and binge-drinking. It ended up offending the Morkowitz family so much that the Susan, the mother of Nick, attempted suicide three times. Jeff Markowitz commented, “How would any loving parent feel about a Hollywood movie that glamorizes their son’s death and allows celebrities to cash in on a brutal, evil murder?”

“Factory Girl” is based on the life of Edie Sedgwick, one of Andy Warhol’s muses. She lived a pretty interesting life; however, this film failed to capture that. Sienna Miller’s performance was met with critical acclaim, but her acting couldn’t negate the bad writing. One of the worst things about the film is the love affair between Sedgwick and the Bob Dylan-inspired character played by Hayden Christensen. Considering there is no evidence that these two were ever a thing, it seemed pretty ill advised to include it.