7 Things You Need To Know About Chris Stapleton 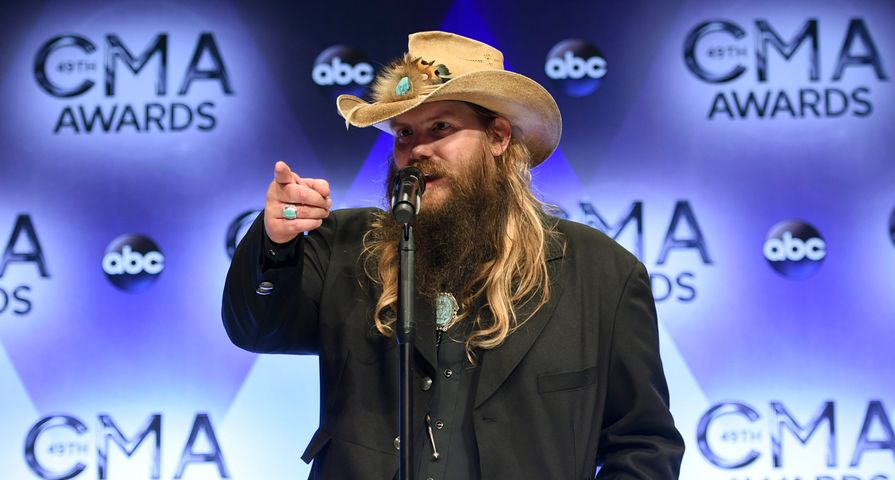 During the 2015 CMA Awards on November 4, singer-songwriter Chris Stapleton swept the show, winning all three awards that he was nominated for. Not only did he dominate by winning awards, he absolutely blew the crowd away with his performances with Justin Timberlake. It was a great night for Stapleton and everyone loved him, but it begged the question, “Who is Chris Stapleton?” That’s right, millions of country music fans watching the show had no idea who he was before the night and, while they may not have heard of him, they have definitely heard from him. Now that it is abundantly clear that Stapleton is a name to watch out for in the country music world, check out 7 things you should know about the 37-year-old Kentucky native.

Fans of the genre may not have been completely aware of Chris Stapleton before the 2015 CMAs, but fellow musicians and singers have been singing his praises for a while. Lady Antebellum’s Charles Kelley once said Stapleton is “one of the best singers in the entire universe.” Meanwhile, Luke Bryan also said he is a “miraculous singer.” The recognition goes beyond country music as well; Adele included a cover of “If It Hadn’t Been For Love” on the deluxe edition of her album 21, and that song was first put out by Stapleton’s bluegrass band The SteelDrivers in 2008.

6. His Wife is His World

Florida Georgia Line are very lucky! Stapleton could have taken home Vocal Duo of the Year as well had he been nominated in the category as his wife, Morgane Hayes, is a fellow singer and songwriter who often performs with her husband. She is more than just Stapleton’s harmony partner however, she is his muse, touring partner and gorgeous mother to their two children. When talking about her influence on his album “Traveller,” Stapleton commented,”This record probably wouldn’t exist without her. A lot of the songs came off of a list she helped me compile and put in front of me. [She] has always been a good compass for [what] to do and what not to do. She always has [had] great musical taste. Poor taste in men, but excellent musical taste.”

5. He And Justin Timberlake Are Friends

When Justin Timberlake showed up at the 2015 CMAs, everyone was surprised and, when he got on stage to perform with Stapleton, everyone was stunned. What isn’t widely known, however, is that it was the two of them who set this up. “We talk on occasion, [like], ‘Hey man, how’s your kid?'” He then explained that on one of those calls he suggested to the pop star they should sing together at the CMAs if he were to be offered a spot, which of course was the best decision that could have been made for the CMAs. “He’s one of the greatest musical talents in the world,” Stapleton said of Timberlake. Long before their performance, Timberlake also tweeted, “REAL music fans already know. So, mainstream: @ChrisStapleton Remember that name…”

Many will remember that at the CMT Artists of the Year in Nashville in December 2014, Luke Bryan was not able to attend because of a death in the family. In his absence, fellow stars paid tribute to Bryan by performing a beautiful rendition of his hit “Drink a Beer” which of course was done by Lady Antebellum and none other than Chris Stapleton. He was also in the previously mentioned band SteelDrivers as well as the Southern rock band The Jompson Brothers who opened for Zac Brown Band in 2010.

Before making it big in Nashville, Stapleton attended Vanderbilt University in 1996. It didn’t last long though and he gave up a possible degree in engineering after only one year. Clearly, the degree was not needed as he has done very well for himself in the music business.

2. His Dad Was His Inspiration For “Traveller”

While “Traveller” won him Album of the Year, it came about in a tragic way as Stapleton got his inspiration for it after losing his father. “I lost my dad in October 2013 and did a little bit of soul-searching. My wife was kind enough to buy me an old Jeep. We flew out to Phoenix and drove it all the way back to Nashville through the desert. I thought about music and my dad, and the things that he would have liked that I should be doing. Out of that, I actually wrote the song ‘Traveller’ driving down Interstate 40 through New Mexico. That became the cornerstone for the record and wound up being the title track.”

1. No Stranger To Hit Music

Chris Stapleton is only being heard of now as his own songs have gotten minimal radio time; however, his other work has most definitely been heard. Stapleton has had over 150 songs cut by other artists including major hits such as Bryan’s “Drink a Beer,” “Come Back Song” performed by Darius Rucker, “Crash and Burn” done by Thomas Rhett, and “Never Wanted Nothing More” done by Kenny Chesney. More major artists including Tim McGraw, George Strait and Alan Jackson have all also cut one of his songs.