Home » Entertainment » Celebrities » Things You Might Not Know About Thomas Rhett 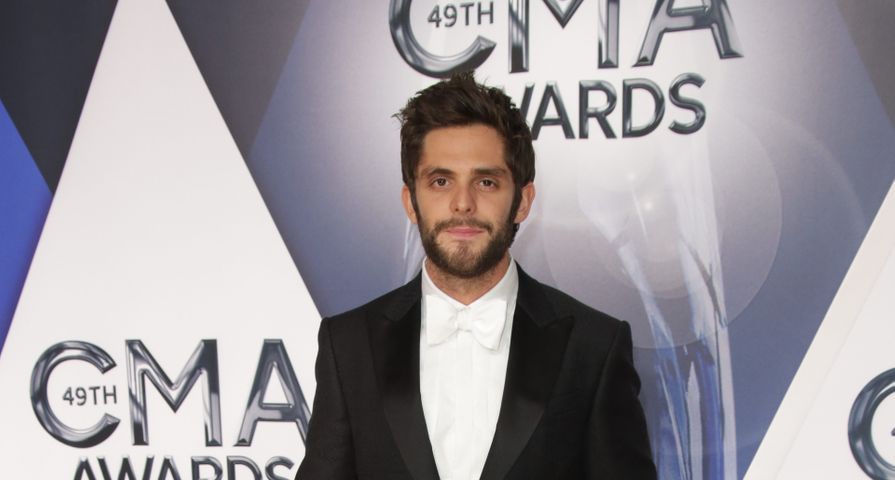 At only 30 years old, Thomas Rhett has already positioned himself as one of the best talents in country music. His very first album “It Goes Like This” spawned five singles and three number one hits, and he has helped write multiple hits for other country stars. His star is rising and his fanbase is growing, but Rhett keeps to himself for the most part and there are still a lot of fans who don’t know about the young country singer. Check out 10 things you didn’t know about Thomas Rhett:

Although it is clear now that writing and performing songs is his calling, Thomas Rhett never intended to become a musician and at one point after his parents divorced he pretty much promised his mother he would not go into the music industry. “My parents got divorced when I was nine. A lot of that had to do with my dad being on the road and that disconnect. Mom kind of always made me promise I would never get into the music business. I think at one point I actually did promise her that when I was younger,” Rhett admitted. 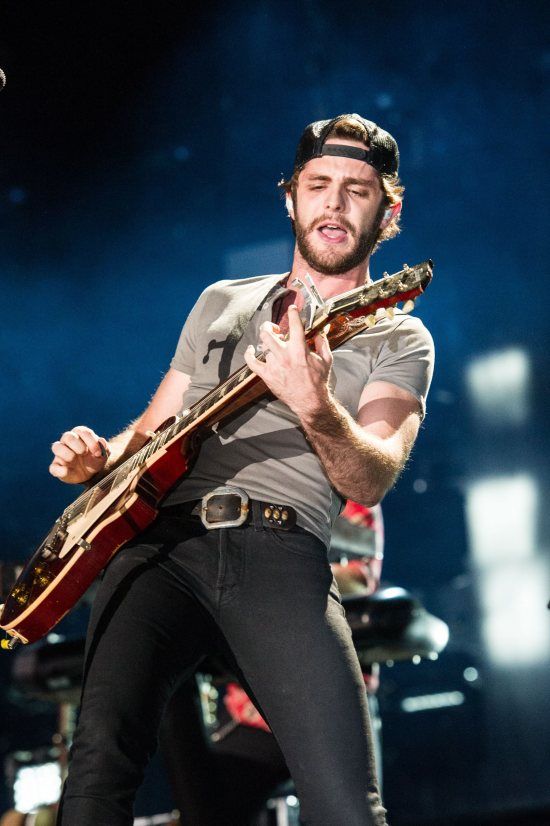 Thomas Rhett grew up liking several genres of music including rap, jazz, and R&B, so instead of playing country music when he was younger, he started a pop-rock band. Rhett formed the band in high school and called themselves the High Heeled Flip Flops. They went as far to dye their hair black and their lead singer sang in a “British punk accent.” 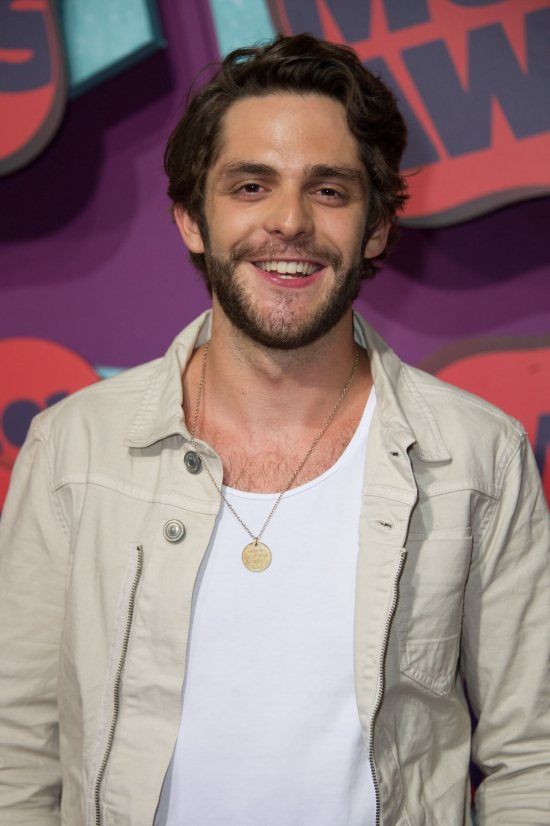 8. Known His Wife For Years

Thomas Rhett and his wife Lauren Gregory were married in 2012, but the walk down the aisle was a long time coming for the adorable couple. The pair met in the first grade; however, it was awhile before things became romantic and they finally dated when they were 16 when Rhett knew he couldn’t let her get away. “When I heard she had ended her other relationship, I moved in for the kill. We kissed, and that was it.” Now the happy couple has three children together — an adopted daughter, Willa Gray, and two biological daughters, Ada James and Lennon Love.

When Rhett and his wife tied the knot in October 2012, they were both only 22 years old and many people told them they were much too young to be getting married, except for one other famous country star, Luke Bryan. “Everybody told him no, this is not what he should do…except Luke [Bryan],” Thomas’s dad stated. “He called Luke three or four times, and Luke was like, ‘Buddy, if you’re in love and you want to get married then do it.'”

His real full name is Thomas Rhett Akins Jr. which he shortened to Thomas Rhett so as not to get mixed up with his famous father Rhett Akins. As well as making his own music Rhett Akins wrote hit songs with artists such as Blake Shelton and Luke Bryan, meaning Thomas got associated with famous friends quickly and they even helped him with his homework. “I just remember I came over to dad’s one day and Shelton was there, and I was working on some kind of paper…he helped me with a paragraph. I think I got a B on it,” Rhett told CMT. 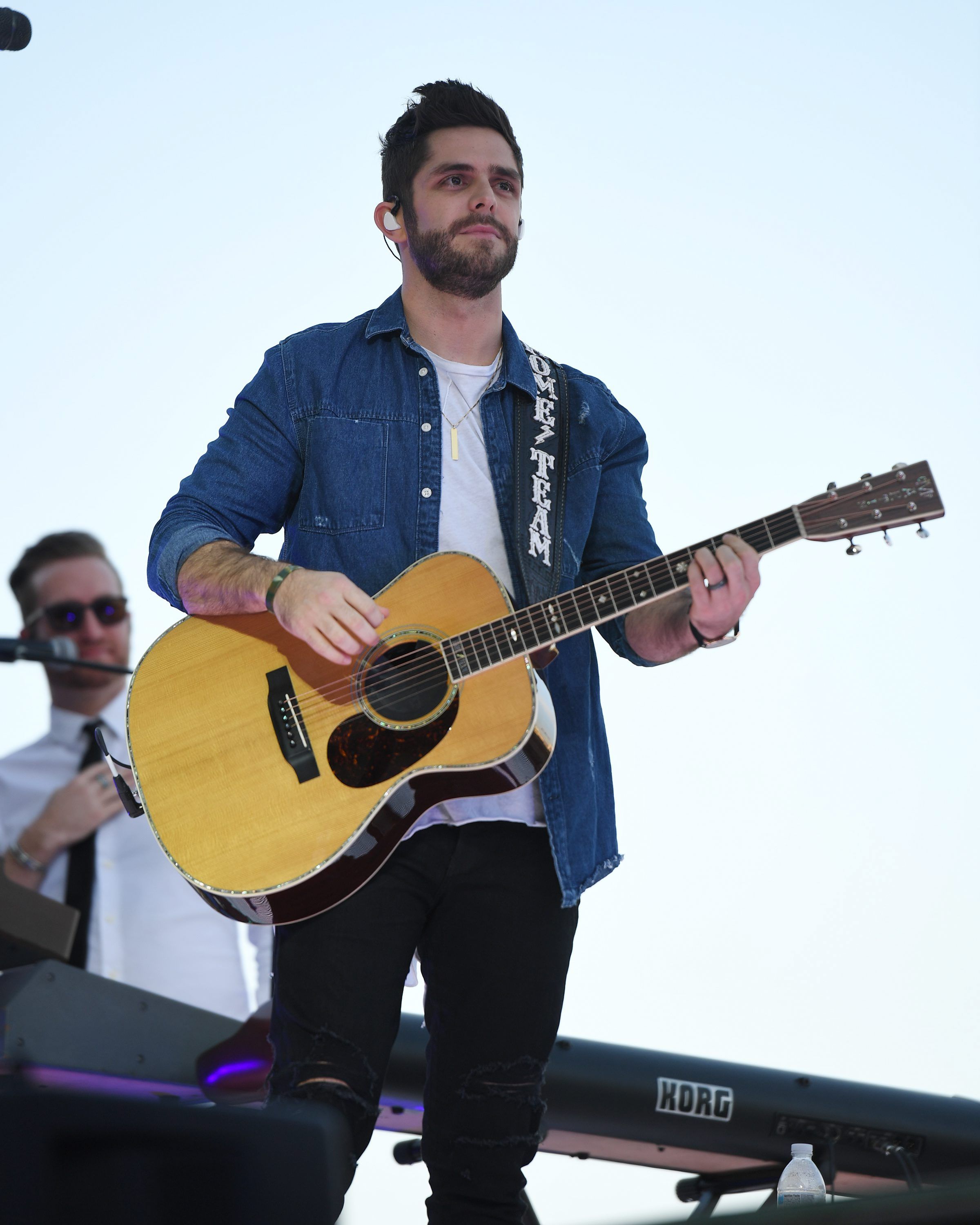 Rhett began performing when his dad got him a spot opening for Frankie Ballard, but Rhett admitted it didn’t go well. By the fifth song, Rhett’s voice gave out and he knew he sounded really bad and, even though it did not go well and he wasn’t happy with himself, the performance did land him a publishing deal to write songs. Aside from his own work, Rhett has co-written “1994” for Jason Aldean, “Parking Lot Party” for Lee Brice and “Round Here” for Florida Georgia Line. 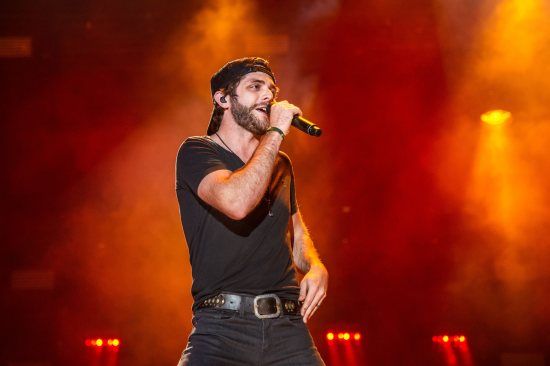 Thomas Rhett is a huge football fan and often shares pictures of himself supporting college and NFL teams, and he himself played back in high school, but he was much better at soccer. “I was not a very good football player. My coach hated me, I don’t know why, I guess it’s probably because I wasn’t very talented. Our football team went to the state championship three years in a row and lost, and I was always the kid standing by the ready heater warming my hands the entire game. I was really good at soccer and always wanted to play in college. But I tore my knee up my junior year, tore my ACL in the first game of the season,” Rhett once told The Boot about his athletic endeavors.

Keeping his promise to his mother, after high school Rhett went to college at Lipscomb University in Nashville and with no set career in mind changed his major three times. He began studying kinesiology to become a physical therapist but switched to business and then to communications; however, it was also in university he realized making music is what he wanted to do the most. 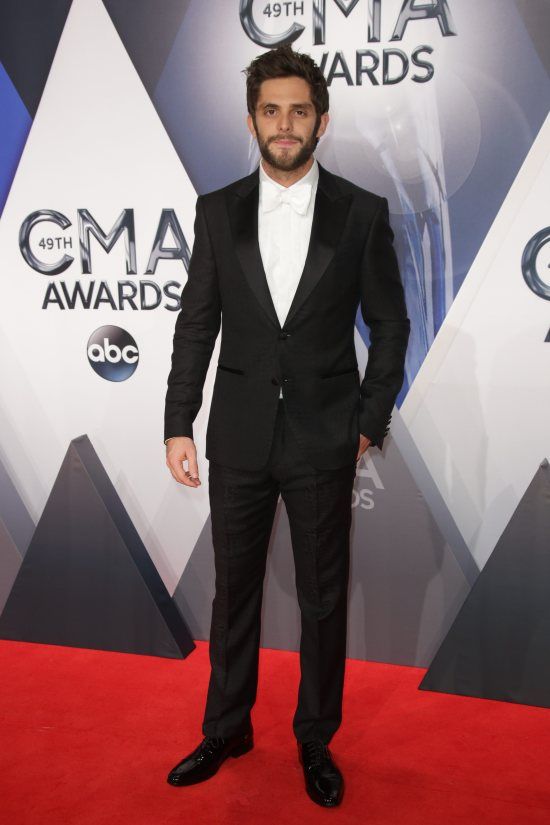 Country fans may not be aware of some of the big songs Thomas Rhett has been a part of. Aside from his own work, Rhett has co-written “1994” by Jason Aldean, “Parking Lot Party” by Lee Brice and “Round Here” by Florida Georgia Line. Interestingly enough, one of his own newest and biggest hits “Crash and Burn” wasn’t even written by Rhett, it was written by Chris Stapleton who just came into the spotlight this year after sweeping the biggest awards at this year’s ACM awards. 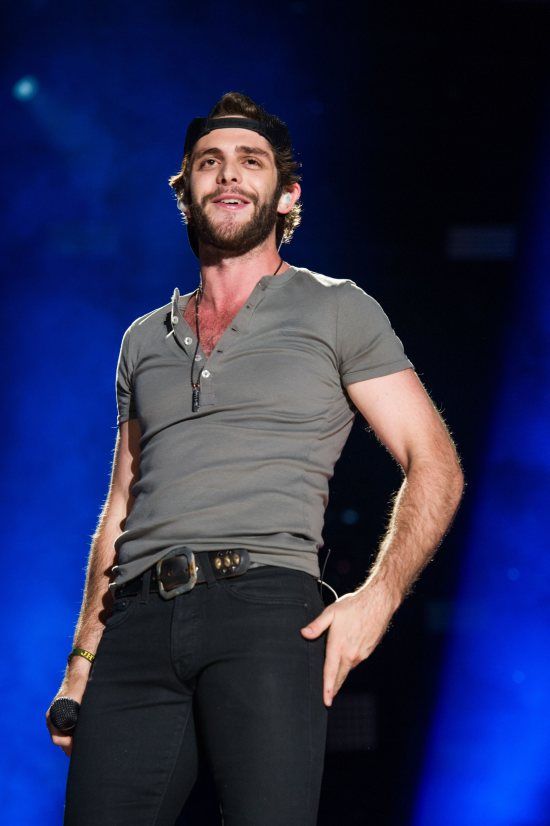 Fans of the adorable singer have realized that while women are featured in his videos, there are no romantic scenes or any touching really, and that’s because those are part of rules Thomas and his wife have come up with. The singer explained that he has seen a lot of marriages crumble because of what happens when one or the other is on the road. “The rules and precedents I’ve set for myself out on the road really are the biggest things that kind of hold our marriage together. No girls on the bust, no girls touch me during meet and greet and all that kind of stuff.” As for his videos he either avoids contacts or uses body doubles; however, his video for “Die A Happy Man” features himself and his wife and it is amazing.