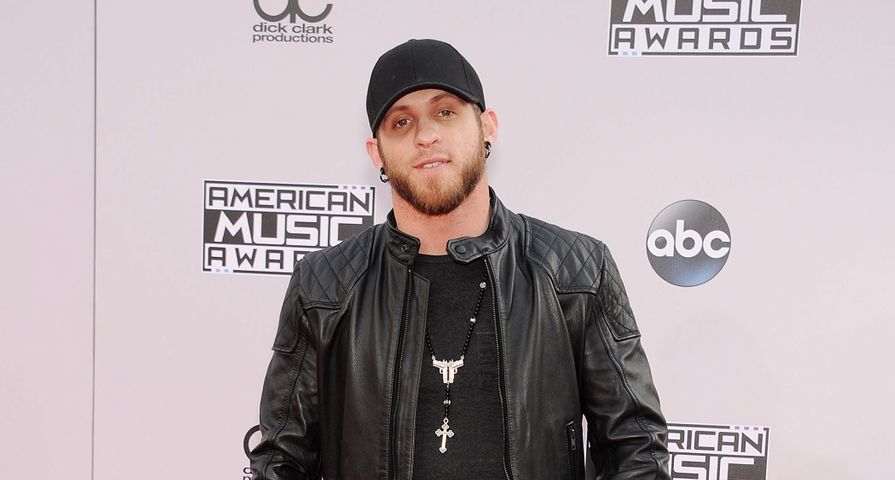 Brantley Gilbert is one of those artists who simply cannot be defined by a genre or any kind of generalization. He’s more than happy to be categorized as “outside the box,” but still he’s recognized as an American country singer and songwriter — who has also been known to include some rap and rock ‘n roll in his music. Hailing from Jefferson, Georgia, Gilbert is now one of country music’s biggest stars. He’s got 11 country chart hits, four of which are number one singles and holds the writing credits on two of Jason Aldean’s biggest hits. Since it’s his birthday, here’s a look at 10 things you probably didn’t know about Brantley Gilbert:

Gilbert calls his wife Amber Cochran “the one that got away.” He dated her right out of high school, but they split up for five years. Lucky for him, he won her back and eventually proposed. Even though he’d known her for about 10 years, he was really nervous about popping the question. “I had a plan, and I had a song. I wrote a song to her dad, actually. It was called, ‘Your Little Girl,'” he said. “Me and her dad always had a cool little thing, like…her mom knew I was trouble, and he did too, but we kind of joked around. We were buddies until the girls walked in, and then he had to be all serious.” Her father passed away before Gilbert got the chance to propose, so he wrote this song as a way to incorporate him into the experience. “I wrote him a song and actually stopped by and saw him at the grave that day and put the song down, and that was my way of askin’ for his blessing since I couldn’t ask him for it. I just kind of talked to him for a little bit and sang that song to her and asked her to marry me, and, my God, she said yes!”

He started singing when he was only 3-years-old. “My mom said I was 3 when I put on my first show on. I had a little plastic guitar and a plastic microphone, and she said my door was cracked one day and the music was blaring. She looked in my room and I was playing in front of the mirror. And I thought I was doing an excellent job, but she said it sounded pretty hideous,” joked Gilbert in an interview with USA Today. He continued on with an interest in music and started writing songs when he was 13. Eventually started playing his music in front of an audience when he was 15. He began by playing in local bars and in order to convince his parents to let him go out and sing in public at such a young age, he told them he was going out singing praise and worship. They had no idea he was going to bars.

8. Wanted to be a Counselor

Even though Gilbert had a bit of a bad boy image (and still somewhat does) don’t be fooled! Underneath all the drinking and arrests back in the day, he was actually a really smart kid. Before he started experiencing success as a singer, Gilbert was working toward getting his degree as a marriage counselor at Georgia College & State University. He graduated high school with honors and when he was a kid at Friendship Elementary in Gainesville, Georgia, he worked as a special-needs counselor! How cute is that?

Pretty much every country music fan knows the song “Dirt Road Anthem” and most of us would recognize it as one of Jason Aldean’s biggest hits. But in actuality, Brantley Gilbert wrote this song with Colt Ford. He even recorded it before Aldean and released it on his own, but it didn’t have the success it did with Aldean. Another song Gilbert wrote that was released by Aldean was “My Kinda Party.” In a 2011 interview, Gilbert was asked who his favorite country artists were at the time and he responded, “Well, Jason Aldean is definitely one of my favorites because he’s making me some money,” he joked.

Gilbert decided to stop drinking all together back in December 2011 because of his struggle with alcoholism. “It’s just some people can do that and have a good time with that, some folks can’t. I got to a place in life where I needed to take that friend in my life out, you know what I mean? So I could get back to the real ones. People ask me, ‘Why do you sing songs about drinking, if you had a problem with it and you don’t drink anymore?’ It’s cause when I drank, I drank 10 times more than the majority of people drink in 10 lifetimes. I earned my stripes. I can sing drinking songs for the rest of my life if I want to,” he said. He’s surrounded by it all the time, but he’s strong enough to withstand the urge. “My fiancee likes to have a glass of wine every now and then. Or she’ll drink a beer watching a game or a fight about whatever. And she knows the same thing…I’ve told her, ‘You know how to drink one and just put it down. I can’t. If I have one, it’s gonna be downhill. We gonna go fight somebody and I’m probably gonna wake up naked on some beach I’ve never been to,” he joked.

His career path changed when he ended up flipping his truck in a bad accident when he was only 19-years-old. He had been drinking and he chose to drive his truck home to Jefferson, Georgia. He ended up flipping his truck several times before crashing it into a tree. The scary experience made him realize that life is short and he needs to pursue what he’s truly passionate about, so he decided to take music more seriously. Fun fact: when the truck flipped, he got out and tried to flip it back over by himself!

It’s no secret that the “Small Town Throwdown” singer has a tumultuous past that is riddled with alcohol and a few run-ins with law enforcement. In fact, he met his wife at a church while doing community service! Thankfully, he’s got a good sense of humor about it now and even sells T-Shirts with his mug shot on them! They’ve got his inmate ID, the date he was arrested, which was May 3, 2005, and on the back, it reads, “Read Me My Rights.” When asked about selling shirts with his mugshot he joked that he had many to choose from and “the hardest part was finding a mugshot that looked unapologetic. Most of the pictures had that ‘please don’t call my mom’ look,” he said. He’s alluded to some of his bad behavior in interviews before stating that he was well known for getting into bar fights and for overindulging in alcohol. He said he was once arrested in Panama City, FL, but doesn’t even remember being there. His friends are the only ones who know the story. He still can’t remember what happened or why he was there.

Sylo is an American Bully who used to go on tour with Gilbert but now lives at his home on their farm in Alabama. The only rule that Brantley Gilbert has on his tour bus is, “Don’t feed my dog. I’ll beat the hell out of you.” Yikes! Gilbert’s dog is such a fan favorite he even has his own Twitter page! He also admits that he’s a huge pushover when it comes to his dog, who he admits isn’t the greatest at listening to his wife and this is probably how he’ll be with his kids one day so his wife Amber will have to be the disciplinary one in the marriage. “Well, the way I treat Sylo like I love my dog, right, and he can’t do a whole lot wrong. Like, if he does, he does somethin’ and he’s a pitbull but he’s cute as hell, I don’t know how that works. He’s just awesome. [Amber] says I let him get away with anything, I’m just gonna be worse with kids. She says I’m gonna be putty.”

All of Gilbert’s songs are really personal and he’s written them all himself about his personal experiences. None is more heartbreaking than the song “Saving Amy.” In an interview with Blake FM, he talked about the story behind that song: “That song took me longer to write than any song I’ve ever written. I wrote it about a friend of mine from high school. Her name was not Amy, but her boyfriend had proposed to her and actually got in a car accident and died on the way home that night. And then about six months later I was still working on it, but I changed the title to ‘Saving Amy,’ I didn’t want to put her name in it. I played it for my cousin who had just come back from Iraq and he started tearing up, and I was like ‘Dude, what is it?’ He said, ‘Number one, that’s a sad song, but I’ve been waiting for somebody to write a song about Joseph for a long time.’ And it clicked. I didn’t know it, but a friend of mine, Joseph Hensley…proposed to a girl named Amy one night, and on his way home he was actually hit by a train and the only thing that was untouched in the whole entire accident was his Bible,” he said.

After one quick glance at Brantley Gilbert, people might be surprised to learn that he’s actually extremely religious and Christianity plays a big part in his life. He’s been through a lot in the past and he credits his faith (and his wife) for what saved him. The song “My Faith In You” off his 2014 album, Just As I Am, shows this deeper side to Gilbert. “I’ve always been a believer first above anything else. I feel like I’m like any other Christian. I think I’ve definitely strayed from time and time, and my relationship has not always been the best, but I think that’s always been a part of my music as well,” he said in an interview with Nash Country Daily. He definitely recognizes that a lot of people would look at his past and say that he’s not very Christian, but that doesn’t bother him. “It’s important to me to write about my faith because it is such a big part of who I am. It doesn’t always reflect in the way I speak sometimes. He who is without sin can throw the first stone anytime they’re ready, and I’ll be glad to take it,” he said.