7 Soap Stars Who Deserve An Emmy But Have Never Won 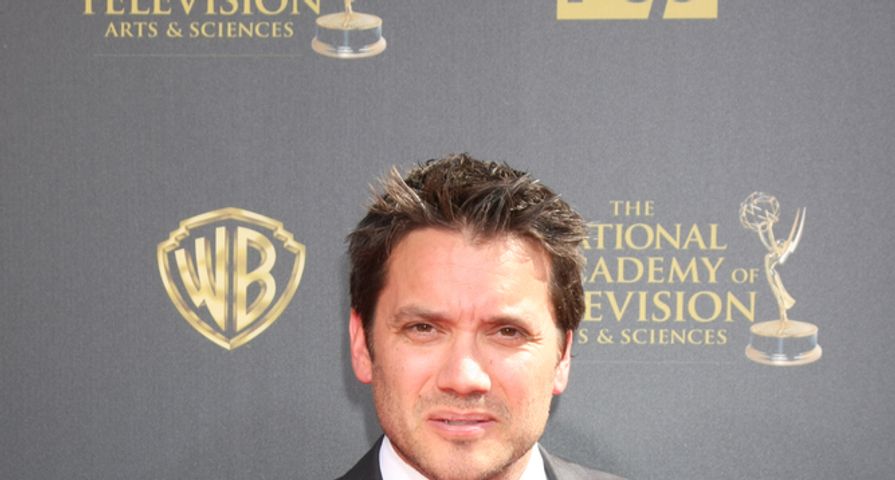 As the old saying goes, it is an honor to be simply be nominated for a Daytime Emmy, but what about those incredible soap opera actors and actresses who have yet to snag a prestigious golden statue? There are plenty of examples of soap stars in the industry who deserve an Emmy, but have yet to receive one. Below is the top seven list of such names.

In 2006, Damien Spinelli entered the world of Port Charles. While he was meant to have a small, recurring role, due to fan reaction Bradford Anderson ended up signing a contract with the show in 2007 and became a staple on General Hospital (GH). His portrayal of the lovable, smart, and quite articulate Damien Spinelli, won the hearts of GH fans everywhere. While he received five Daytime Emmy nominations in the Outstanding Supporting Actor category during his stint on GH (2009, 2010, 2012, 2013, and 2014 respectively), this incredible soap star was unable to capture the statue, leaving fans and soap opera industry stunned.

6. Jason Thompson – Billy Abbott – The Young and the Restless

While Young and the Restless (Y&R) fans known Jason Thompson as the charming, ‘zero who wants to be a hero’ Billy Abbott, GH fans have already fallen in love with him as the handsome Dr. Patrick Drake, appearing on the daytime drama for over ten years. While Dr. Drake had some incredible storylines in Port Charles, the odd fact is, he never won a Daytime Emmy for that role. Receiving five Emmy nods in a row (2011, 2012, 2013, 2014, and 2015), Thompson is due for a Daytime Emmy statue, and soon. Perhaps he will finally get his chance up at the podium in 2017 under his Y&R Billy Abbott character.

With countless film and television credits on Dominic Zamprogna’s resume, it is a shock that he has not been able to garner some Daytime Emmy love over the years. Playing the cop with a golden heart as GH’s Dante Falconeri since 2009, this talented and handsome actor has made a mark on the show, and in the soap opera industry. While he’s received a Daytime Emmy nod in 2014 for an Outstanding Supporting Actor award, he’s also just recently received a nomination in the same category for 2016. Perhaps 2016 will go down as the year Zamprogna finally captures Daytime Emmy gold.

There was not a dry eye in any household that follows Days of Our Lives (DOOL) in late 2015. After eagerly awaiting the return of Salem’s prodigal son, Bo Brady indeed returned, only to pass away from a brain tumor days after reuniting with his family and soulmate, Hope. What brings even more tears to any DOOL fan’s eye is the sad true fact that Bo is not only gone (for good), but also the fact that Peter Reckell did not receive an Emmy nod for his portrayal of Bo Brady this year. Even more shocking, Reckell has never won a Daytime Emmy ever only gaining an Outstanding Lead Actor nomination in 2009.

Seems a little odd that Lauralee Bell is on this list, considering she did win a Daytime Emmy in 2013 for producing a web series. However, she has never won a golden statue for her incredible portrayal of the legendary Y&R character, Christine “Cricket” Blair Williams. Playing a truly strong female role, Christine Blair has truly changed the way women were portrayed in soaps, and has played not only a survivor, but a trailblazer for justice. However, her over thirty-year Daytime Emmy snub may be coming to an end, and very soon. Bell received her very first nomination in the category of Outstanding Supporting Actress in 2016 and with the Daytime Emmys taking place in only a couple of weeks, perhaps she will be taking home a golden statue and celebrating a win.

2. Jerry Douglas – John Abbott – The Young and the Restless

Many Y&R fans were outraged when producers decided to kill off the beloved John Abbott character. As head of the Abbott clan, he played a businessman with ethics and savvy, as well as devoted father and husband. The good news was, while John was gone, his Y&R character lived on with a unique storyline twist: as a ghost that would visit his loved ones when they needed him the most, although more often than not, he has played on Jack’s conscience, helping him to make the ‘right decisions’ when it comes to difficult situations. On the flip side, the bad news is, Jerry Douglas has received zero acknowledgement from the Academy as he has failed to ever win a Daytime Emmy over the years or even receive a nomination.

At 87 years young, Joseph Mascolo recently retired his role of the evil Stefano DiMera, playing the iconic DOOL villain for almost 35 years. He was definitely one of those characters that fans loved to hate, and while audiences may despise DiMera, Mascolo alternatively has won the respect of DOOL viewers all over the world. Which makes it that much more surprising, that Mascolo has only received Daytime Emmy pre-nomination nods for this role: one in 2008, and one in 2010.