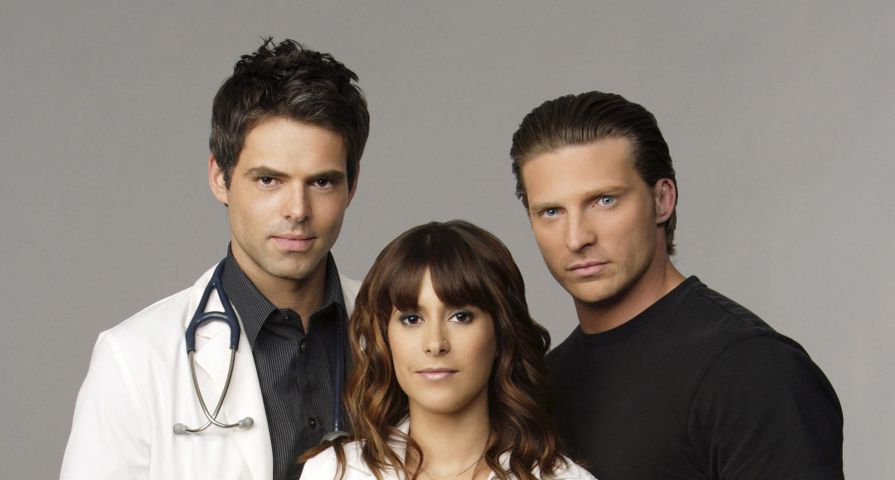 In the world of television, a spin-off is a program is developed off the popularity of another show – and there have been a good handful of soap operas launched off other daytime dramas. Some have been an incredible success, while others…not so much. Below are seven soap opera spin-off shows ranked from worst to best:

If we went back through the soap opera vaults back to 1965, we would find a soap opera spin-off that experienced very limited success. Our Private World was a spin-off from the then-number one daytime drama, As the World Turns (ATWT). It was created by William J. Bell and Irna Phillips and the show marked the first time a daytime soap launched a primetime spin-off. It debuted in March of 1965 and, by September of that year, the show was cancelled. It centered around ATWT character, Lisa Miller Hughes.

Return to Peyton Place was spin-off of the primetime drama series Peyton Place that aired from 1964 to 1969. Years after it was cancelled, the show was revived and followed three of the characters from original series: Eli Carson, Ada Jacks, and Rita Jacks Harrington. The show debuted as a daytime soap opera in 1972 and, sadly, it did not have as good of a run as its primetime predecessor and it was cancelled in 1974.

Remember Another World? Well, the popular soap opera that has been off the airwaves since 1999 actually produced two daytime drama spin-offs. The first one that hits this list is Texas. The show aired from 1980 to 1982 and centered around Bay City’s infamous Wheeler family, as well as the Marshalls and Bellmans. Sadly, the show never hit the rating numbers that NBC had hoped for and after two years Texas was cancelled.

Who else misses Loving? There may be a reason for that! The soap was so popular that, despite being cancelled, ABC launched a spin-off continuation of the show called The City. When Loving came off the air in 1995, The City was born and provided a platform for fans to follow the survivors of Loving’s serial killer storyline as they moved into the popular SoHo community in Manhattan, New York. Unfortunately, the show was short-lived and only on the air from 1995 to 1997, but in 1996 the spin-off was able to snag two Daytime Emmy Awards.

Can anyone guess which soap this show was a spin-off of? All joking aside, General Hospital: Night Shift was a spin-off of daytime drama General Hospital (GH) and it aired during primetime on SOAPnet. In fact, it was dubbed as the channel’s first original scripted series and the most-watched show for SOAPnet, drawing in about one million viewers the initial season. Night Shift was basically a nighttime sneak peek into the lives of all our favorite GH characters. The show ran for two seasons in 2007 and 2008, and while storylines did not intersect, the fact that the same actors and crew had to pull double-duty for both a nighttime and daytime show took its toll.

While this Another World spin-off hits number two on this list, it was actually the first spin-off for the popular soap. The show centered around Sam and Lahoma Vane Lucas, as well as Missy Palmer Matthews — three highly-popular Another World characters. The trio hit the small town of Somerset, which was fictional, but said to be located in Michigan, in and around the suburbs of Detroit. The show ran from 1970 to 1976.

The second GH spin-off in history hits the number one spot on this list. Unlike GH, Port Charles was given a 30-minute time slot and still centered around the trials and tribulations of some the same GH characters fans had grown to love as newer characters popped up. However, Port Charles had more of a focus on the medical school program versus the main hospital and mob scene. Popular and established GH characters like Scott Baldwin, Karen Wexler, Kevin Collins, Audrey Hardy, and Lucy Coe were added into the Port Charles cast and the show offered plenty of romance and drama. Debuting in 1997, Port Charles had a pretty solid six-year run which ended in the fall of 2003.