7 Soap Opera Couples That Have Broken Up The Most Times 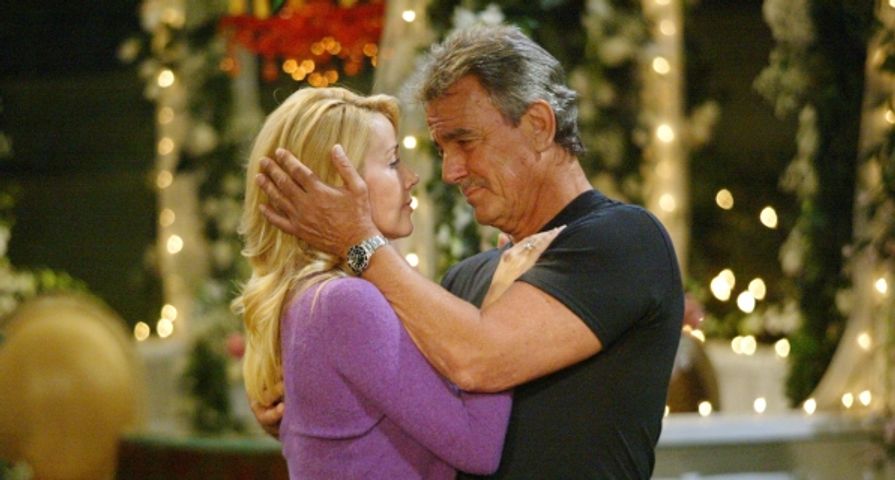 Soap opera couples: they fall in love, deal with conflict, break up, and more often than not…they get back together. It’s a never-ending cycle in the world of daytime drama, one that keeps audiences tuned in daily and weekly. Some couples break up for a concrete reason. Sometimes it is due to contract negotiations around the actors and others break up simply for the drama of it all. Then there are some that can’t seem to stay apart, yet also can’t keep it together at times. Below is a list of the top seven soap couples that have broken up the most times.

7. Chad DiMera and Abigail Deveraux – Days of Our Lives

This young couple makes it at the bottom of our list because, while they have only split up a handful of times, the two have really been going back and forth at it since 2011. They struggled to get into a relationship, as Abigail was slightly concerned about dating a DiMera, and they had to deal with Kate DiMera (Chad’s once stepmother) keeping them apart. They also had issues when Chad ended up falling for Abigail’s BFF, Melanie Jonas. Despite entering relationships with others, the two found their way back to each other in early 2013, and Chad became Abigail’s first lover. Still, Chad’s deceptions and lies ruined that stint…and the two broke up. It seems that nothing can keep these two apart, no matter how much they keep screwing up. With Abigail now pregnant with Chad’s baby, thanks to a one-night stand, they still aren’t together, but it’s only really a matter of time…

Speaking of the DiMeras, it seems once these men are smitten on a young lady, they just can’t seem to get their mind set on any other. Such is the case between Chad’s olde the twr brother, E.J. One could definitely say he’s had a love/hate relationship with Days of Our Lives (DOOL) heroine Sami Brady. These two have a crazy history when it comes to romance. Spanning over a decade, their relationship started off on a controversial note, with E.J. forcing Sami to sleep with him. Still, despite having other relationships within Salem, they have always held a torch for each other: being married twice and also partaking in a few flings together, all the while committed to other relationships. And in the end, they do share a love/hate relationship, the love (especially the love E.J. has for Sami), seems to always outweigh the hate.

A love affair that spans over a decade, Jason and Sam have fallen in and out of love more than a handful of times, yet only been married officially once. They have battled the mob, affairs, ex-lovers, paternity tests, crazy relatives, and as of late, death – yet nothing seems to be able to keep these two apart. On the cusp of learning that Jake Doe is indeed Sam’s love, Jason Morgan, it might only be a matter of time before these two to eventually fall back into each other’s arms, once again.

4. Jack and Jennifer Deveraux – Days of Our Lives

It seemed to take these two forever to finally hook up in the late ’80s, and the couple endured a lot of ups and downs along the way. Married twice, Jack’s shenanigans, shady past, and on again/off again illnesses that left him fearful of dying, kept these two apart. But once Jennifer saw the softer side of Jack, she simply could not resist opening her heart back up to him. During their times apart, there was always a good explanation as to why Jack took off on her, whether it was an illness, following a solid story to help humanity, or fear of hurting her in the long run. With Jack passing away in 2012 due to an elevator accident, it seems that truly death can only keep these two super couple apart. For now…

3. Nick and Sharon Newman – Young and the Restless

Staple characters of The Young and the Restless (Y&R), Sharon and Nick started off as high school sweethearts. They eventually got married, and had their fair share of ups and downs: battling affairs, illegitimate children, sicknesses, and crazy Newman in-laws. In the end, it was an affair with Phyllis Newman and the devastating loss of Cassie that ended their marriage and caused their split – for a little bit of time, that is. In the mix of going back to Nick here and there post-divorce, Sharon was involved with Nick’s half-brother Adam and his father Victor. Still, that hasn’t seemed to turn him off of his first true love. Perhaps it is the constant need for Nick to be Sharon’s hero, or Sharon’s victim complex, or their children, but these two continually play the dance of ‘on-again/off-again, when it comes to relationships.

Sonny and Carly hit the number two on this list for enduring over 15 years of breaking up, and making up! The couple has been married three times (going for number four), and despite the fact that Carly has disowned Sonny over his mob-way a few times, the fact is, she simply cannot stay away from him. In fact, despite the two being involved with other characters over the years, Carly has always had a disdain for any of Sonny’s girlfriends. Alternatively, Sonny has always disapproved of Carly’s beaus. This is obviously due to the fact that deep down, the two love each other – and always will, no matter what. They may break up, but fans know somewhere down the line, they will be making up once again.

1. Victor and Nikki Newman – Young and the Restless

As one of daytime television’s most recognizable couples, Nikki and Victor have a love affair that has spanned over three decades. They fall in love, break up, make up, and do it all over again – it’s just what they do. They have been married three times and have probably been planning their fourth wedding for years now; however, something always gets in the way. They end up breaking up…and then making up. Nothing in life is ever guaranteed, except for the idea that if Victor and Nikki are in the outs, it won’t last for long. Counterpoint, if they are together, it won’t last for long either. In the end, these two can’t live with each other, and they can’t live without each other!