6 Soap Opera Kids That Should Never Have Been Killed Off 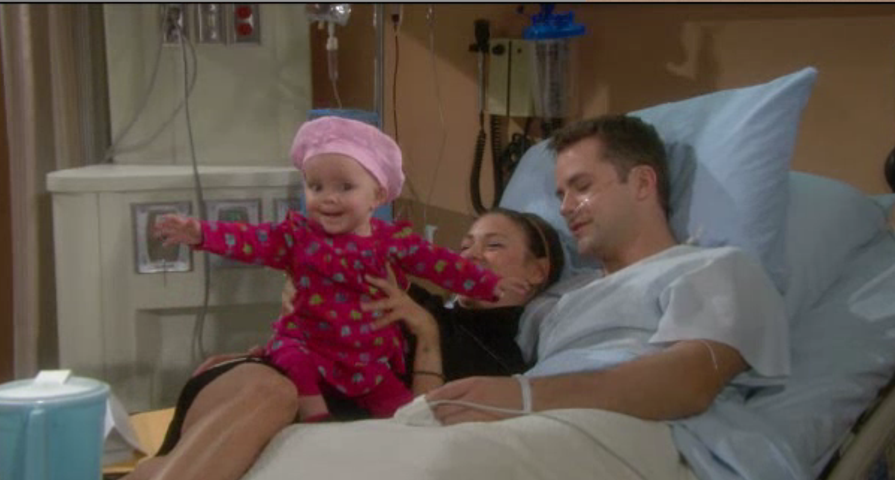 Death is never an easy thing to go through, even in the land of soap operas. While fans become quite attached to their soap opera characters, when a child dies, the feelings of loss can become quite overwhelming, especially for those in the audience who happen to be caretakers, guardians or parents. While yes, a child’s death, while devastating, can intensify a storyline or plot, is it always necessary? Below is a list of top six soap opera kids who should never have been killed off.

Digging deep into the Days of Our Lives (DOLL) history vault comes a shocking child death that took place in 1980. Some may not know this, but Marlena Evan’s first child was actually a boy named Donald Jeremiah Craig Jr. (D.J.), and was conceived during her marriage to Don Craig. Sadly, the child was premature and died three months later due to sudden infant death syndrome (SIDS). While the importance of soaps is sometimes to relay issues and situations that occur in real-life and to help spread awareness to audiences, this storyline may have been far too sensitive to bring up in the first place – leaving many fans devastated and heartbroken over the baby and entire situation.

Probably the oldest soap ‘kid’ on this list, Georgie was a teenager when she became the next victim of the Text Message Killer in late 2007, only to be found dead by Spinelli in a Port Charles park. The death didn’t feel right back then, and it certainly still doesn’t feel right now. As a staple character on General Hospital (GH), with a tremendous number of ties to Port Charles, not only through her sister Maxie, but Robin, Mac, Felicia, as well as the Quartermaines, GH dropped the ball by killing her off. It seemed that the Text Message Killer storyline was a fiasco in general, where another major GH character (Emily Quartermaine) also felt the axe, just to spice up a storyline and draw in audiences. Sadly, the two losses just left GH fans wondering what the writers were thinking. While the storyline was interesting, the death of Georgie may, and should have, been avoided.

4. Cassie Newman – Young and the Restless

Cassie’s Newman death changed the landscape of The Young and the Restless (Y&R) in many ways. It drove the once unstoppable super couple of Sharon and Nick Newman apart, created a new super couple in Nick and Phyllis, and was an all-around intense storyline that seemingly did not have any closure for years. Still, could that fateful accident that occurred in 2005 still have been so impactful if Cassie had suffered from tremendous injuries, instead? Would it have caused the same domino effect? Perhaps, and one can’t help but wonder. It’s clear that the fans adored Cassie, and watching her grow up onscreen was a delightful watch for any Y&R fan. With the writers creating Cassie’s twin and Mariah entering the Genoa City scene, nicely settling into her blended family and becoming BFFs with mom Sharon, this just provides further proof on why Cassie shouldn’t have died in the first place.

Yes, the DOOL storyline that centered around the death of Zack Brady was one that raised awareness around distracted driving and the dangers it can have. It was intense, emotional, and with his own reckless half-sister at the helm of it all, it mirrored a Greek tragedy. Still, with everything that Bo and Hope had gone through with Zack, not knowing he was theirs until he was two years old, his re-adjustment into Brady living, the death of Zack was terrible loss for the super couple, and was maybe needed to move the Chelsea storyline along.

Yes, Jake Spencer is alive and well, and living a dysfunctional life with his blended family. Reason #589 for why he should not have been killed in the first place! First and foremost, the kidney storyline that involved him dying, while his kidney saved Carly’s daughter Josslyn, was just a replay of a GH plot that involved BJ Jones’ death (and the saving of Maxie) way back in 1994. While initially, the storyline was quite emotional, not only for Jason, Elizabeth, Lucky, and of course Luke, the drunken hit and run could still have been quite an intense storyline, had Jake ended up with an ailment. Jake’s return has not only been very un-realistic (even for a soap opera), there seems to be far too many plot holes – well beyond Josslyn Jax’s kidney donor fiasco. This all could have been avoided if Jake was never killed off in the first place.

Almost three years later and Delia Abbott’s death is still impacting the people that surround her. Obviously a parent never gets over the passing of their child, and while some fans may think that Chloe’s continued vengeance on Adam needs to pass, some moms out there may understand why she can’t let go of her need for revenge. Still, the only problem with Delia’s death is how it much it resembled the death of Cassie Newman. Billy withdrew from his marriage to Vicky (mentally), and ended up cheating on her – much like what happened to Nick and Sharon. Chloe went off the deep end and one can compare this to Sharon’s mental health issues as well. It seemed as if Delia was going to make it, and then died in the hospital (versus potentially having her die upon collision, as they had done with Sage). It had only been eight years since Cassie’s death, and to have such similar storylines seemed redundant and not necessary. Surely the Y&R writers could have thought of a plot twist to end this storyline different while still keeping it interesting?