6 Soap Opera Characters Who Have Died The Most Times 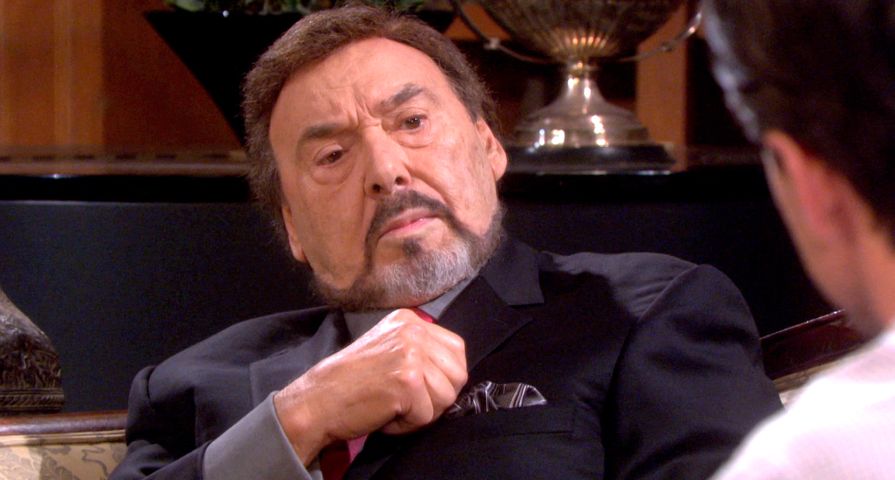 In the world of daytime soap operas, characters fall in love, break up, and endure incredible drama, woes, and (at times) happiness. More often than not, soap fans can find the death of characters heartbreaking, only to have that same character reemerge months, years, or decades later. It is not unusual for a character to pass away, and then miraculously come back to life, and many soap opera characters are infamous for having nine lives. Below is an overview of the top six daytime soap characters that have died the most times, only to come back to life.

6. Melaswen Island – Days of Our Lives (DOOL) – An Entire Community

This list would not be complete without mentioning a storyline that took place on DOOL from 2003 to 2004, where fans of the soap had to sit back and watch a majority of Salem residents die, after being picked off at the hands of a mysterious serial killer. The bad news was, DOOL heroine Marlena Evans was behind the whole thing (thanks to an evil Stefano DiMera brainwashing her), but the good news was all those residents who fans thought were dead, where actually alive and well, living on Melaswen Island (New Salem spelled backwards). As it turned out, Abe Carver, Jack Deveraux, Caroline Brady, Maggie Horton, Roman Brady, and of course the beloved Alice Horton (as well as some others) returned to Salem, as good as new. It was also revealed that Marlena was not a killer, rather Stefano’s nephew Andre (acting as his son Tony) had kidnapped those people.

Sheila Carter is currently dead, but how long will that last? Having a rich soap opera history with Lauren Fenmore, she originally stole Lauren’s baby on The Y&R, and held her (plus her mother) prisoner in a cabin. While Lauren was eventually reunited with her little one, and Genoa City was under the assumption that Sheila burnt away in a fire, the truth was, the unstable Sheila was alive and well, sliding over to Y&R’s sister show the Bold and the Beautiful to cause some crazy antics there. Still not done with Lauren, Sheila came back to Genoa City to terrorize her once again. While she did escape during that storyline, a year later Sheila once again came back — this time looking like Lauren’s bestie, Phyllis Summers. Trying to steal another baby of Lauren’s (Fenmore), she was caught and killed… but would anyone be surprised to see Sheila return someday?

In typical soap opera fashion, it seems that the bad guys on daytime television are not only unstoppable, but can also come back from the dead like nobody’s business. Such is the case when it comes to GH’s Cesar Faison. Nemesis of good guys Robert Scorpio, Luke Spencer, and Duke Lavery, Faison has also had an unhealthy obsession with Anna Devine over the years, and has loved to terrorize her. The first time Faison died was in 1992, on the same boat explosion as his enemies Anna and Robert, and the next time was in 1999, once again due to a boat explosion at the hands of another GH villain, Helena Cassadine. While Cesar is currently out of the GH picture, soap fans are quite aware that he could re-emerge at any time. As a soap villain, he may be down, but Faison is never out for good.

John Black has more lives than a cat, and over the years, he really has done it all on DOOL. Escaping death when he first entered Salem, Black has been a super spy, police officer, a priest, army doctor, and a mercenary. He’s been part of the Brady’s, the DiMera’s (while it turns out that is no longer the case), and was adopted by the Alamain clan. He’s dodged bullets (actually grabbed one, and shot it back during the Melaswen storyline), and has come back from the dead, and started a new life more times than one can count. No one is ever surprised how DOOL manages to reinvent this infamous character, rather, it is expected at this point. The only constant in John Black’s life is his love for ‘Doc,’ Marlena Evans.

The patriarch of the Newman clan, Victor Newman is one character that may be down at times, but is never out for long. This relays in his personal, family, and business life, and death is no exception for a man that never gives up. While he was shot years ago, and looked death in the face, thanks to a heart transplant from Collen Carlton, he came back better than ever. Digging into the Y&R vault, approximately 15 years ago his family and Genoa City residents thought he was dead, when he was really just chilling in Kansas with Hope. Then a few years back, there were those who thought he was dead in Mexico, and the naysayers were put to rest as well. At the end of the day, Victor Newman is really one of those powerful soap characters that is indestructible. He is strong in body, soul and mind.

If John Black has more lives than a cat, than his arch nemesis over the years Stefano DiMera could be considered a zombie by any standards because he simply cannot die. Stefano has come back from the dead countless times, and at this point, when he does exit the show due to a death, fans expect nothing less than Stefano returning to wreak havoc on the Bradys, Hortons and Blacks. He’s died of a stroke, car crashes and explosions, a drowning, getting shot by Marlena, a plane explosion, and many other death-defying adventures. Credit his genius mind, or perhaps his health, alas no matter how many times fans may think Stefano is dead, he always comes back to surprise us.