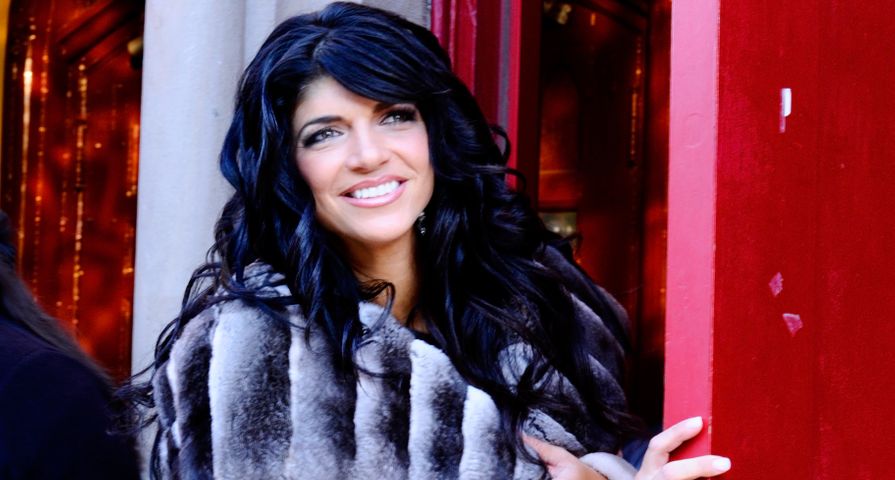 Bravo’s popular reality franchise known as the Real Housewives started out as a series of shows dedicated to showing off the lives of the most successful, powerful and wealthy women in cities across America. The show brings these women together to film and show off their day-to-day activities. Today, the show has become something completely different! It’s now known for excessive bickering, drinking and of course, drama! Fans of reality television have proven that this kind of drama is entertaining, so Bravo tends look for these controversial women when casting for the show. The show has been around for over a decade now and we’ve seen a lot of feuds go down and many Housewives have been deemed ‘mean’ because of their behavior. Here’s a look at the 6 meanest housewives in Real Housewives history!

This housewife has become extremely accomplished appearing on the show. She’s now credited as a fashion designer, author, co-host and overall television personality. She was part of the main cast on The Real Housewives of Atlanta for the first 7 seasons and became a guest on season 8. There’s no denying NeNe Leakes, like many of the other women on this list, has a loyal fan following. However, a quick online search will show she’s landed on almost all of the “Most Hated Housewives” lists. She is really fun to watch as she’s got some great one liners and an extremely witty attitude, but her ego is totally inflated and she’s really mean to her cast mates. She’s one of those C-list celebrities who think they are a much bigger than they really are…and those are the worst!

Brandi Glanville is an acquired taste. She first joined The Real Housewives of Beverly Hills as a “friend” in season 2 and became a full-time cast member in season 3. At first, Brandi was a breath of fresh air, but her unfiltered mouth and fun spirit quickly lead her down a dark path and by season 5 she was on the outs with each of her cast mates, except for Kim Richards and Yolanda Foster (both of whom ended up leaving the show). Her time on the Real Housewives was spent talking about her failed marriage, arguing with her case mates and making jabs at the other women. We recognize it was all in good fun, but many times she crossed the line, like when she inserted herself in-between Kim’s sobriety and her relationship with Kyle, slapped Lisa Vanderpump in the face and most especially when she insulted Eileen’s home and threw a glass of wine in her face! When asked about her departure, Andy Cohen said it was because she could no longer get along with any of the other women, and quite frankly she didn’t want to. Touche! But her departure could’ve been a lot more graceful, although we now recognize that’s not exactly Brandi’s style.

LeeAnne Locken was one of the few cast members to join in on Bravo’s newest show and first season of The Real Housewives of Dallas. LeeAnne prided herself on her work in the charity world and her past as a “carny kid,” but it seemed as though she did a lot of preaching about how to act and how not to act even though she displayed some not so nice ethics throughout the entire season. LeeAnne quickly painted herself as the villain on the show as she was at odds with all of her cast mates except her dear old friend Tiffany. LeeAnne picked on Brandi for being childish, she intimidated Stephanie and tried to bully her out of hanging out with Brandi. The worst was when she spread rumors about Cary’s marriage. The season ended with a nasty fight between her and Mariah during which she even threatened Marie’s life! It’s unclear if LeeAnne will be back next season, but if she is, she’s got a lot of making up to do!

This native New Yorker has made leaps and bounds in her professional life since she joined The Real Housewives of New York City back in the first season. She was a main cast member for the first three seasons, but then her career and personal life took off as her SkinnyGirl cocktail line turned into an empire and she got married and pregnant all in the same year! She left Real Housewives to pursue other interest and just recently returned. There’s no doubt Bethenny is a fan favorite because she’s totally hilarious, but her humor is often at the expense of someone else. Her know-it-all attitude has gotten severely worse since she’s gained more success as an entrepreneur and she continually puts down her cast mates in horrific manners. Most recently she’s been targeting Sonja and LuAnn making her the new mean girl of the show as she and Carole snip at the other women behind their backs. Quite frankly, Frankel is an emotional wreck who’s hot and cold. We think she needs to take a clue from LuAnn and just…”be cool!”

Like many other women on this list, Tamra Judge is a cast member who fans either love or hate. She joined The Real Housewives of Orange County back in season 3 and she’s been a regular cast member ever since. Tamra has continuously been a mean girl on the show, especially in the earlier seasons when she seemed to have it out for Gretchen Rossi and Alexis Bellino. She teamed up with Vicki Gunvalson to spread gossip about the other women and is known for her name calling and crude humor. She’s a lot to handle as she isn’t afraid to speak her mind, but that’s also a trait that makes her popular. Remember when she threw a glass of wine at Jeana or when she screamed at Vicki’s boyfriend Brooks? We must admit, she’s gotten a lot better in the past few seasons and doesn’t attack the other women like she used to. She’s much more focused on herself and salvaging her own family. Despite Tamra’s recent changes, she’s put-off many viewers in the past and is still working to win over fans.

Teresa Giudice is the backbone of The Real Housewives of New Jersey. She joined the series back in 2009 for the first season and she’s been a main cast member ever since. We’ve seen Teresa go through a lot on the show, from infidelity rumors, broken friendships, sibling rivalry and even criminal charges leading to time behind bars. No matter what, she always pulls through with a smile on her face! Fans love her because she’s been apart of the franchise so long and she prides herself on family values, but she’s also been quite nasty to the other women on the show and for a long time she was seen as one of the most hated housewives. We all saw the way she treated her sister-in-law and we watched her friendships with Jacqueline and Caroline fade away. She was seen as extremely aloof and materialistic. Teresa’s relationships suffered because she was constantly on the defense which led to more arguments. She’s on a better path now as she’s made up with her sister-in-law, Melissa and will be returning for the upcoming season!