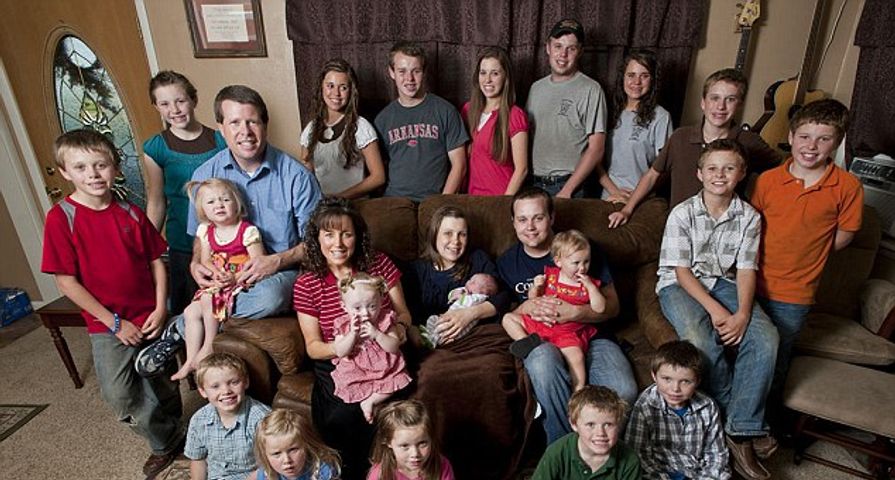 The Duggar family has certainly made headlines lately for some of the skeletons in their closet, but obviously there are even more behind the scenes secrets from filming the show! This list takes a look at some of the uncaptured moments of 19 Kids and Counting.

The Duggar parents aren’t about to let their children have any privacy! They have revealed that they listen to their children’s phone calls, check their emails and text messages, and snoop through everything relating to their kids! So, as it turns out, even when the cameras aren’t rolling, the Duggar children still have no privacy! Yikes! If the kids can’t get any privacy, neither can the crew! When they began working together back in the day, Jim Bob hovered over them, wanting to protect his children from all the strangers filming his kids. A reasonable solution may have been not to record your family’s lives at all but…. Jim Bob recalled, “We watched them like a hawk.” Even Scott Enlow of the crew confirmed, “Early on, Jim Bob was over our shoulder.” Good times!

The Duggar family constantly complains about the price of food, but when you’re feeding a small army, it’s no wonder their grocery bill is about $3000 per month! The Daily Mail revealed that in order to keep the cost of food down she maintains a $5 budget per person on a daily basis which keeps her around $3,000 a month on groceries. Jim Bob wrote in her TLC blog that certain meals are really easy to whip up and they are cost friendly! Michelle’s favorite meals to make are broccoli casserole, poor man’s pizza and three bean chili. She buys all the ingredients at discount stores, warehouse clubs and co-ops and mainly buys in bulk.

5. The Crew is Involved

The crew has been known to lend a helping hand as the family needs it. They’ll remove trash if it’s in the shot and they even got sent out to pick up diapers for the Duggar children during an ice storm! They’re basically nannies! “If something spills, we’ll clean it up. Even if we didn’t do it. We just jump in and help,” said crew member John. Sometimes when the kids are misbehaving and getting into trouble, the crew has to step in to make sure no one gets hurt. Crew member “Uncle Scott,” is able to convince the children to adhere to his demands: “I’m able to say, ‘You listen to me, because I’ve been in this family longer than you have!'” Crew member and wife of “Uncle Scott,” Courtney, has admitted that she’s taken parenting notes from the Duggar matriarch, Michelle. Courtney admires the patience Michelle exudes while dealing with the tantrums and childish behaviors of the kids. I wonder if Courtney also plans to burden her older children with caring for the younger ones…

The show’s coordinating producer had her baby while filming 19 Kids and Counting in China! The family knew of Courtney’s pregnancy but didn’t predict she’d go into labor while abroad. Daughters Jill and Jana stepped up to the plate and helped Courtney give birth to her baby girl. Courtney was grateful Jill had brought her midwifery kit! The new mother praised Jill for, “taking all my vitals, kind of keeping me relaxed, and basically kind of telling me what the process was that I was about to go through with this childbirth.” The birth was featured in an episode of the show.

When the crew is trying to get that perfect shot of the family, it can take up to 200 tries before they get a usable photo! “That encapsulates what it’s like to work with the Duggars, sometimes,” said crew member “Uncle Scott.” Jim Bob also joked, “They say if we have any more kids they’re going to start taking aerial photos.” According to sound man Jim Goodwin, one of the greatest challenges of recording is the younger children getting a hold of the equipment. “If the boom is close they’ll grab it and stick it in their mouth,” said Goodwin who worked with the family from 2008-2014. Apparently saliva isn’t good for sound equipment. Who would have guessed?

Many rumors have circulated about the show being scripted, but Josh Duggar maintains it’s all real! “It’s not like we are sitting there saying, ‘Read these lines.’ It’s just like, let’s see what happens and sometimes it doesn’t happen,” he said of the show’s legitimacy.

1. The Crew is Close with the Family

When it comes to some of the biggest secrets on the show, the crew are the first to know! Pregnancy announcements and gender reveals are all confided to the crew before the rest of the family! “They probably know more about our families than we do sometimes,” John David Duggar said. Despite being extremely close with the family and spending years filming their lives, there isn’t a member of the crew who can name all of the children in their birth order. Even the Enlows who worked with the family for a decade, were unable to keep all of the “J” names straight!