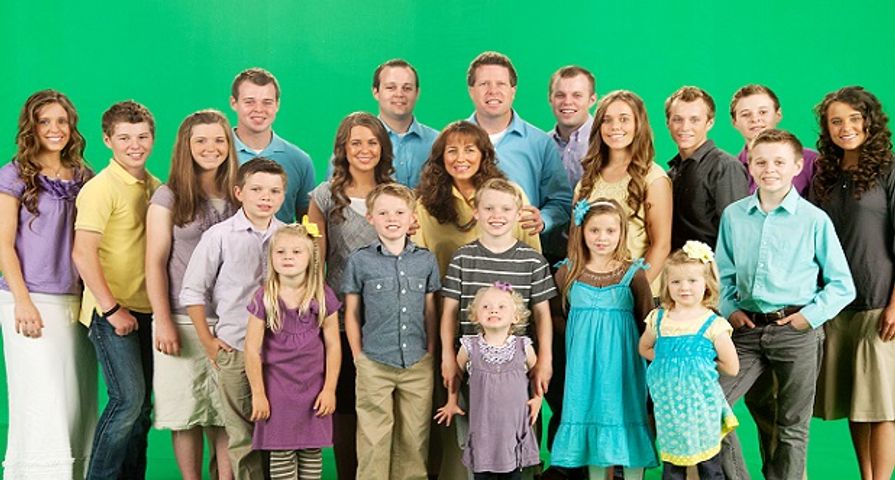 As of late, the Duggar family just can’t seem to catch a break. Earlier this year, they were on top of the world. They had their hit reality TV series, which raked in an average of 2.3 million viewers per episode in season 10, and landed Neilson’s list of 25 of cable’s top programs. Unfortunately for them, they had some pretty big skeletons in their closet. Now, we’re all seeing the Duggar family in a new, less attractive light. For those of you who love a good scandal or if you thought the Duggars were the ideal family, here are 10 shocking things that you need to know.

Early on in their marriage, the Duggars used birth control pills; however, that all changed when they had a miscarriage after their first son, Josh, was born. They believe that Michelle miscarried because she had been using contraceptives, so they decided to stop using birth control pills and let God decide how many kids they would have.

In an interview with E! Online back in 2011, Josh said that the number of kids he and Anna have isn’t up to them. “I don’t think you can say we’re going to set out and say we’re going to have five kids or four or three. We have no control over that. God has the control,” he said.

9. The Duggar Family Has Some Pretty Controversial Views on LGBT Issues

In August 2014, Michelle Duggar recorded a political robocall that basically said that allowing trans people to use the proper restroom would lead to pedophilia. “The Fayetteville City Council is voting on an ordinance this Tuesday night that would allow men – yes I said men – to use women’s and girls restrooms, locker rooms, showers, sleeping areas and other areas that are designated for females only. I don’t believe the citizens of Fayetteville would want males with past child predator convictions that claim they are female to have a legal right to enter private areas that are reserved for women and girls,” she said.

In November 2014, the Duggars asked married couples to take a picture that showed them kissing and share it on the family’s Facebook page. Several users noticed that the family took down pictures of same-sex couples.

8. Josh Molested Four of His Sisters As a Teenager

In May of 2015, In Touch Weekly released a police report from 2006 that revealed that Josh Duggar had molested five girls (four of them were his sisters) back in 2002/2003, when he was just 14 to 15 years old. The case was never fully investigated and the statute of limitations has since expired.

Following the revelations, Josh publicly apologized, stating that he “acted inexcusably.” His wife Anna said that she was aware of his actions two years before she married him and believed that he had received the counseling that he needed to change his life. Following the news, TLC ended up removing reruns of the show from its schedule and, two months later, the network cancelled it.

7. The Duggar Family Expected People to Forgive Josh for His Crimes

A source close to the Duggar family told People magazine that Michelle and Jim Bob truly believed that “people would understand and eventually be okay with” with what Josh had done. The family is actually more upset with the officials who leaked the police reports on Josh than with their son.

6. Josh Was Using Ashley Madison to Cheat on His Wife Anna

It was recently announced that Josh Duggar had two paid accounts with Ashley Madison, a website for facilitating affairs, from January 2013 to May 2015 and paid a total of $986.76. When he opened his second account, he allegedly paid an extra $250 for an “affair guarantee.”

When news broke about Josh’s Ashley Madison account, Josh released a statement, confessing that he had been unfaithful to his wife and that he is addicted to watching pornography online.

Josh wasn’t only using Ashley Madison – he was reportedly also using OkCupid. It was discovered that the same handle that he used on Ashley Madison – joesmithsonnwa – was on OkCupid, complete with personal information that seemingly matched his. According to the profile, he was looking for casual sex. When news of this account hit the Internet, it didn’t take long for someone to delete it. It looks like he didn’t just have an OkCupid account either. He also allegedly had a secret Facebook account. The email he had used for the Ashley Madison account was linked to this Facebook page. The account has 32 friends, all women.

Before Josh’s molestation scandal broke, he was the Executive Director for the Family Research Council, an American conservative Christian group that promotes traditional family values by advocating and lobbying for socially conservative policies. The organization lobbies against LGBT rights, abortion, divorce, embryonic stem-cell research and pornography. When news of the scandal broke, Josh resigned from his position.

Even though Josh Duggar was caught being unfaithful to his wife Anna, it doesn’t look like she will leave him. “Anna will not leave him,” a source told People. “As with her in-laws, she is turning more to her faith than ever, she and Josh are probably praying around the clock right now, I would assume.”

The source also said that it is likely that Anna will “absorb some of the blame” for Josh’s betrayal. “Maybe not publicly, ever, but privately, there will be some suggestion of whether or not she should have been more aware of the pressures Josh was under, of the issues he was facing, and how she could have better counseled him or helped him,” the source said.

Since Josh Duggar’s statement was first posted online, it has been taken down several times and edited. The latest statement doesn’t even include the part where he admits that he was addicted to pornography and, another part where he mentions the molestation scandal, has also been removed.