Things You Might Not Know About Party Of Five 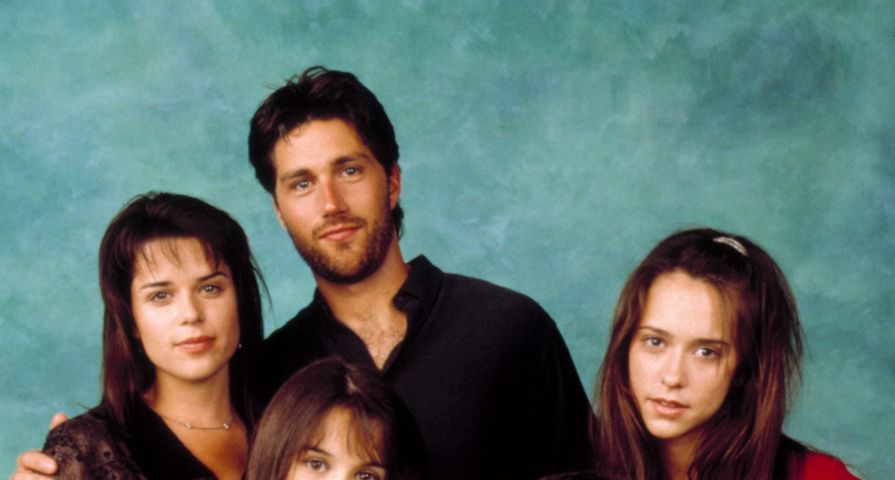 Fox’s Party of Five depicts a family of three brothers and two sisters whose parents are killed in a car crash.  They face the challenges of growing up without parents and trying to keep their family together. Set in San Francisco, the Salingers run the family’s restaurant, and face the struggles of battling cancer, addiction, and romantic entanglements. The show had a good six season run from 1994-2000, introducing us to some actors who went on to Hollywood fame including Matthew Fox (Charlie Salinger), Neve Campbell (Julia Salinger), Lacey Chabert (Claudia Salinger) and of course Jennifer Love Hewitt as Sarah Reeves. It has now been over 15 years since the end of Party of Five and a good time to remember one of the best shows of the ’90s and find out 15 Things You Didn’t Know About Party of Five.

Neve Campbell’s (Julia) brother Damian has Tourette Syndrome (TS) and Campbell raises awareness for this condition at fundraisers in LA and Toronto as well as going to TS conferences.  She also does work for epilepsy causes as her cousin and best friend live with the condition. Her former co-star Lacey Chabert (Claudia) participated in Celebrity Server Dinner to raise funds for Victory over Violence (1998).

The character Charlie Salinger (Matthew Fox) is the straight-laced big brother who watches out for his family, while his younger brother Bailey struggles with addiction. However, in Bend, Oregon, Fox was charged with a DUI in 2012. He avoided jail by attending an alcohol addiction program.

Both Neve Campbell and Lacey Chabert appeared in Broadway musicals before being cast in Party of Five. Campbell was a ballerina on stage in Toronto’s Phantom of the Opera in the early ’90s and Chabert portrayed Cosette in Les Miserables on Broadway. Campbell was an aspiring dancer until her big toe had a bunion removed and her joints had worn out.

Canadian Paula Devicq plays Kristen Bennett, Owen’s Nanny and has a relationship with Charlie Salinger (Matthew Fox). Off set, Devicq was living with the other Salinger brother, Scott Wolf from 1996 to 1997 when the couple broke up.  Apparently, Devicq was a rebound after Wolf ended his engagement with actress Alyssa Milano.

Jennifer Love Hewitt starred in the Party of Five spinoff titled Time Of Your Life where Sarah Reeves Merrin moves to New York to find her biological father and learn about her biological mother, but the show was cancelled after one season due to low ratings.

Owen Salinger was played by twins Brandon and Taylor Porter from 1994 to 1995 and then this set of twins was replaced by Andrew and Steven Cavarno who appeared as Owen from 1995 to 1998. The character was then taken over by a single actor, Jacob Smith, who portrayed Owen from 1998 to 2000. Over the course of six seasons, Owen was played by 5 actors!

Scott Wolf was not originally cast as Bailey Salinger. The part first went to Jerry O’Connell who left the show before the pilot was filmed to play Quinn in the TV series Sliders. Sliders aired for five seasons with 70 episodes and Party of Five had six seasons and 143 episodes. Any regrets Jerry?

Jeremy London, who played Griffin Holbrook, has an identical twin brother, Jason London, who is known from starring as Randall “Pink” Floyd in Dazed and Confused. Jason has worked with two Party of Five regulars on other projects. He was cast with Alexondra Lee (Callie Martel) in the romantic comedy My Teacher’s Wife (1995), and in 2005, both London brothers appeared on Jennifer Love Hewitt’s show Ghost Whisperer.

In January 2000, Neve Campbell told the show she was leaving to focus on her acting career. The show was cancelled weeks later. Hope Scream 4 was worth it.

While auditioning for the role of Julia Salinger, Neve Campbell was roommates with Tara Strong who also tried out for the part. When it went to Campbell, Strong made a guest appearance on the show as Lorna in the second episode of the first season.

Jennifer Love Hewitt’s character Sarah was only supposed to be nine episodes, but she became a fast favorite which earned her a regular role on Party of Five. In the show’s early seasons, Hewitt was the only cast member who was a teenager playing a teenager.