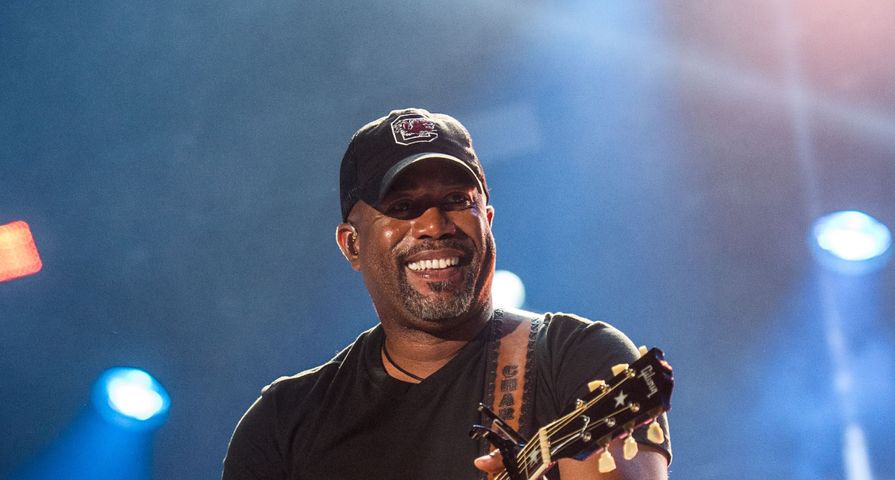 The music industry is really broad and is constantly changing as artists experiment with their music, but for the most part it’s divided up into a genres, but even then the lines are blurred creating more and more subgenres. Some artists might never step outside of their genre, while others venture out quite a bit whether to collaborate with another musician, or simply because they’ve decided to change up their tune. It’s definitely not uncommon and collaborations between artists can be pretty awesome, especially the ones we least expect. Here’s a look at 15 non-country artists who went country by either teaming up with a country artist or releasing their own country music!

When Kid Rock first started out he introduced himself as a rap and hip hop artist and performed as one from 1990 to 1997. But in 1998, the Michigan native started to release some rap-rock hits before he finally went country on his 2001 album Cocky which had a more rock, country and blues sound. His first taste of country was when he collaborated with Sheryl Crow on their insanely successful hit “Picture” in 2001 and in 2015 he released his first full fledged country album called First Kiss.

Flo Rida is known for producing some of the best top charting hits like “My House,” “Good Feeling,” “Wild Ones,” and “G.D.F.R,” and while he’s definitely an artist who likes to experiment with his sound, no one pictured him going country. The rapper debuted his single “Who’s With Me?” in March 2016 and many people couldn’t help but notice that the song sounded a little country. The lyrics are still true to what he would normally produce, but the sound has a honky tonk beat and a hyped up guitar slide mixed in with an overall R&B vibe.

The most recent crossover on this list is between country duo Florida Georgia Line and best selling boy band in history, Backstreet Boys. This collaboration was definitely unexpected considering the Backstreet Boys hadn’t produced any new music since 2013, but they’ve definitely been on the rebound with a recent career resurgence. The two musical groups were introduced after Florida Georgia Line professed their love for the ’90s group during a live concert and performed a pretty good rendition of “Everybody (Backstreet’s Back).” They teamed up to produce FGL’s newest single, “God, Your Mama, and Me,” for their third album Dig Your Roots. Their performance together at the 52 annual ACM awards shed any doubts that these two groups are nothing short of awesome!

Oscar winning actress, Gwyneth Paltrow never made the full leap into country, but she definitely dabbled in the industry when she took on the lead role in the musical film Country Strong back in 2010. Part of her role was to record songs for the films soundtrack, one of which was even released on country radio! One of her recorded songs “Coming Home” was nominated for an Oscar for Best Original Song.

Jessica Simpson was a pop sensation in the early 2000s with singles like “I Wanna Love You Forever,” “Irresistible” and “I Think I’m in Love with You.” She rose to prominence even more when she landed her own reality show alongside her husband, fellow pop star Nick Lachey. In 2005 she crossed over into acting and starred as Daisy Duke in The Dukes of Hazzard. While filming, she became friends with Willie Nelson who encouraged her to explore country music. In 2008, she released a country album called Do You Know and it actually did quite well! The album debuted at No. 1 on Billboard’s country chart and the first single “Come on Over” was a Top 20 hit.

More country artists have started to push the boundaries of country to incorporate other genres like Thomas Rhett, Florida Georgia Line, Keith Urban and Luke Bryan. Keith Urban’s newest album Ripcord is one of Urban’s best pieces of work because it’s so creative. The album’s song “Sun Don’t Let Me Down” features two artists from totally different genres, rocker Nile Rodgers and rapper Pitbull! Pitbull is definitely the more unexpected of the two and might even sound like a bad idea on paper, but turned out to be a great collaboration! In between Urban’s guitar strumming and singing, the popular rapper can be heard spewing a few forceful versus, making it a great upbeat, funky song.

Uncle Kracker’s solo career began with the success of his first album, Double Wide which produced the popular hit “Follow Me.” The rapper and guitarist followed that up with another Top 5 hit “Drift Away” on his second album. During the midst of his success, Uncle Kracker became good friends with country singer Kenny Chesney and the two started touring together and eventually collaborating on the hit single, “When the Sun Goes Down.” This marked the beginning of his move toward country, and his third studio album, Seventy Two and Sunny, had a very clear pure country sound. It was also his first album to not feature a parental advisory label or any hip-hop songs. He has since released two more country albums, Happy Hour and Midnight Special.

She’s one of the biggest pop stars in the whole world and best selling musicians of all time! She entered the world of pop music in 2008 with the release of her debut album, The Fame and quickly became one of the most talked about musicians. No one can deny Lady Gaga isn’t afraid to step outside the box and already she’s collaborated with so many different artists and dabbled in genres like jazz and country! In 2011 she released the single “Born This Way” and even made a country version! More recently, the song “A-Yo” has been described as a funky outlaw country song, especially since it was penned by Hillary Lindsey, who’s known for writing huge country hits like “Girl Crush” and “Jesus Take the Wheel.” Although her newest album Joanne might have hints of country, she’s made it clear she’s not a country musician, she’s just a musician.

Aaron Lewis started out as the lead vocalist of the rock band, Staind. He was one of the founding members of the group and stayed with them as they released seven studio albums and garnered huge hits like “It’s Been a While.” Eventually, the band hit a wall and stopped making new music which is when Lewis broke off on his own and ventured into country music. He made his country debut in 2011 when he released the album, Town Line. Since then he’s released two more country albums, The Road and Sinner.

Another collaborator of Florida Georgia Line is rapper Nelly. What’s even weirder is that the two are heading out on tour together for the summer of 2017. In 2012, Florida Georgia Line released their breakthrough single “Cruise” on the album Here’s to the Good Times, which pushed them to the forefront of the country scene and became the sixth best selling album of 2013. The single did so well commercially that the country group decided to re-release the single as a remix featuring none other than Nelly! The song peaked at No. 4 on the Billboard Hot 100 and is the best-selling country digital song of all time.

Bret Michaels rose to fame as the lead singer of the metal band Poison. The band has sold over 50 million records worldwide and 15 million in the United States alone. In the late ’90s he broke off on his own to start a solo career that eventually drifted into country. In 2005 he served as a judge on Nashville Star and started releasing country songs like “All I Ever Needed” which appeared on the Billboard Hot Country Songs chart. In 2015 he released his first full fledged country album True Grit with the single “Girls on Bars.”

We never thought we’d see the day that long-standing rock n’ roll legend and Aerosmith frontman Steven Tyler crossed over to country music, but it’s here! In March 2015, he announced he was working on his first country album and released the single, “Love is Your Name.” During an appearance on the Today show, Tyler said he had deep roots in country music as a child and was actually the genre he grew up listening to. As an adult, he eventually moved to Nashville after attending a few country award shows and “fell in love.” The album will feature duets with country artists like Hillary Lindsay, Dan Huff and Rhett Akins.

Legendary singer and songwriter Lionel Richie might be the king of pop music with a slew of hits like “Endless Love” with Diana Ross in 1981, “My Love,” “All Night Long,” and “Hello,” but he’s also a pretty good country singer! He surprised many listeners when he pitched the single “Stuck on You” to country radio and, well, it stuck! The song peaked in the 24 spot, and he followed it up with an Alabama collaboration on “Deep River Woman” which peaked at No. 10. Before all of this, he penned the single “Lady” for Kenny Rogers in 1980. More recently, in 2012 Richie released his tenth studio album Tuskegee which features 13 of his hit songs performed as duets with popular country stars like Jennifer Nettles, Jason Aldean, Tim McGraw, Blake Shelton, Darius Rucker, Kenny Chesney, Little Big Town, and the list goes on!

This is one of the most unlikely crossovers on this list, but remember when Bon Jovi went country? The rocker teamed up with Sugarland’s Jennifer Nettles to record the duet “Who Says You Can’t Go Home.” It seemed like the experience had a lasting effect on him because after that his band produced an extremely country sounding album with big name cameos and two singles that landed on the country charts “‘Til We Ain’t Strangers Anymore” and “(You Want To) Make a Memory.” Neither singles did particularly well with country fans, but at least he tried!

Darius Rucker has made the biggest change of all as he went from being the lead singer of Hootie and the Blowfish in the ’80s and ’90s to being one of the biggest country stars. After a six year hiatus in the music industry, Rucker signed with Capitol Records in 2008 and shifted his focus to country music. He first album Learn to Live spawned the single “Don’t Think I Don’t Think About It” which made him the first black artist to reach No. 1 on the country charts since 1983. He’s been successful in the genre ever since with popular singles like “Wagon Wheel,” “Homegrown Honey,” “If I Told You,” “Southern Style,” and “Radio.”