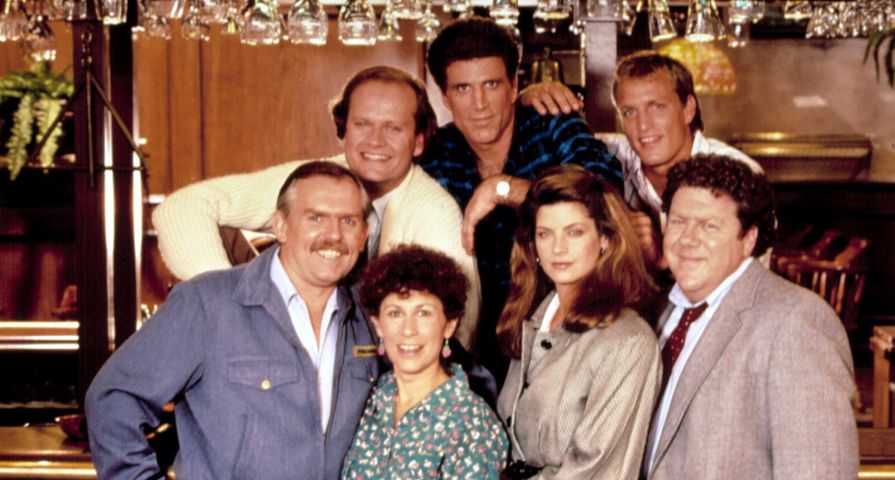 What would a TV show be without a great theme song? Most TV shows of the contemporary era are done without lyrics, and opt for orchestrations to introduce the opening credits. The foregone era presented TV fans with a smorgasbord of theme songs that were full of cheesy lyrics, and montage imagery that encouraged audience sing-alongs. Giving consideration to all eras, the lasting nature of theme songs and the syndicated nature of episodic television, here are 15 of the most iconic theme songs in TV history (and an honorable mention for The Andy Griffith Show)!

The Golden Girls may have run from 1985 to 1992, but it is still widely known and is a darling in syndication all these years later and while most people are still familiar with it thanks to star Betty White still dominating Hollywood, another very recognizable part, is the theme song. The song “Thank You For Being A Friend” was released in 1978 by Andrew Gold and was then famously re-recorded by Cynthia Fee for the show and is still sung and mentioned as a pop culture reference well into the 2000s. The lyrics are timeless and yet nostalgic as just hearing it will remind you, not only of the wonderfully funny show, but the great times you have had with your own group of best friends.

It is necessary to offer a little love for animation in the mix of iconic television. Considering all of the recognizable themes offered to the world of animation throughout the years — The Flintstones, The Jetsons, Looney Toons — there’s another that continues to enjoy an episodic pump-out in the 21st century, appreciated by children, and a source of nostalgia for adults: Scooby-Doo. “Scooby-Dooby Doo, where are you…?” Without a doubt, the seeds of popularity were planted during the psychedelic era, and the show served as a delight to the “older kids,” who enjoyed a different kinds of “doobie-do” and Scooby Snacks, after the munchies kicked in. Solving mysteries makes one hungry.

Hill Street Blues was the police show set in an unmentioned inner city precinct that brought about the change in police drama. It was also the show that inspired a bunch of people to take up piano in the 1980s, because the theme song was so cool, and steeped in a melancholy, it needed rapid play. If you wanted to hear a TV theme more than once a week in that era, it meant it had to be learned on an instrument. (How novel.) The popularity of the show inspired and influenced writers and showrunners to take cop dramas to the next level: NYPD Blue, and every Law & Order spin-off… fans of the show should offer a nod of appreciation to Hill Street Blues.

With Netflix taking the bite out of the long-desired Full House sequel, the theme song to the original is going to become exceptionally popular again. Not that it is lacking a word for word impromptu flash mob at any public location. The song was set to the only footage of the show that was actually shot in San Francisco (save for one episode where they took production from the Los Angeles studio to the streets of San Fran), featured several iconic locations in the city and created iconic locations in the process. The house located at 1709 Broderick Street in San Francisco lures tourists on a daily basis. “Ahhhhhhh… shooby-doo-bop-ba-dah…”

The Addams Family was so ahead of its time that it’s amazing the show was even made, and enjoyed the run that it did in the 1960s. The theme and opening was so delightfully odd, it became far more iconic than the run of the show. It serves as something that could be viral in the 21st century if it were made as a video spoof, but this thing actually happened. The show starred John Astin (father of Sean Astin), who did strange, creepy and weird better than anyone in the history of television and film. When this theme comes on, it doesn’t take more than four notes to trigger everyone listening, and joining in the chorus of finger snaps.

“Sunny day, sweeping the clouds away…” Many kids were raised on Sesame Street, and the theme song still provides an incredible sense of nostalgia for parents and kids. Yes, the show is still running strong, and the theme song is still intact. It has been recorded several times throughout the years, and presently features a new set of kiddos singing the iconic melody and lyrics. The original serves as the true icon, complete with a little 1970s vibe in the mix of the bright and shiny, let’s go out and play lyrics. A little trivia about the show: It’s first episode aired in the fall of 1969. Forty plus years on TV equates to definitive success.

Hawaii Five-O was known for it’s rocking, percussion and brass driven score during its first run — 1968 to 1980 — and when the show was rebooted in 2010, there was only one direction to turn… back to the original theme. They pumped it up with more oomph, and made it work with the new opening credits and titles, but at its essence, it’s the same. The similarity between the original show, and the reboot…? The theme song remains better than the show itself. For those who think it’s the greatest jam ever jammed, the three-plus minute version of the theme exists, complete with a rockin’ guitar solo.

8. Saved By The Bell

If you grew up in the ’90s and did not know every word to the opening credits of Saved by the Bell, you were probably living under a rock. Even now odds are fans of the show can recite the entire song without any background music because the theme song is so perfectly engrained in their minds. It was quick, energetic and above all so very, very catchy with lyrics that every teenager could relate to with the struggles of getting to school on time, not having done your homework and just waiting for that bell to ring to indicate the end of class. A lot of shows now have theme songs that people would much rather fast forward through, but not Saved by the Bell; the opening credits were just as important as each episode that followed.

7. The Dukes of Hazzard

Country music legend, Waylon Jennings, wrote and performed the theme song for The Dukes of Hazzard, never imagining it’d be the southern anthem that it is to this day. The show, marked with some of the most absurd and wonderful circumstances ever conceived for a California movie lot to be pawned as the fictional, Hazzard County Georgia, remains quite entertaining in the 21st century. However, the Duke boys car — the iconic General Lee — likely serves to offend everyone on the Internet. (It has a “rebel flag” on the top.)

“Here’s a story…” of the most enjoyable show to watch while drinking beer and chuckling at the crazy shenanigans brought about by a blended family in the 1960s and 1970s. The Brady Bunch theme song was used throughout the duration of the show, and then borrowed for the realm of cinema for two Brady Bunch movies. For any fan of the show — or casual observer for that matter — the theme song is so infectious that it is memorized within a couple of viewings, and then committed to memory for life. Only the best of the best in the world of hypnotism would be able to extract such a song from memory. “That’s the way they all became the Brady bunch.”

Sewn into four decades of television fabric, The Simpsons has enjoyed an iconic theme song from one of the music industry’s finest composers. Danny Elfman, known for his iconic scores in Tim Burton films, presented a piece of magic for FOX and The Simpsons franchise that accompanies one of the greatest openings in television history. The theme song was also used in the The Simpsons Movie. One of the most enjoyable aspects of this theme are the variations in Lisa’s saxophone solo, as she busts out of the band hall to eventually join the family on the couch.

The theme song to the long-running, incredibly popular show, M*A*S*H is the same theme song that was used in the film, from which the show was derived. The television show instituted an instrumental version of the song, which was entitled, “Song From M*A*S*H (Suicide Is Painless).” The lyrics were likely controversial for the world of television in the early 1970s, but they were written by Mike Altman, the son of Robert Altman, who directed of the film. Mike was a mere 14-years-old when he wrote the powerful lyrics, a perfect complement to the iconic melody written by Johnny Mandel.

When it comes to ’90s TV shows, Friends truly did define a generation, and has continued to maintain a loyal legion of fans since it last aired in 2004. The thing about Friends is that every bit of it is pure gold, from the amazing cast, to the superb writing and of course, the perfect theme song — “I’ll Be There for You” by The Rembrandts. Although performed by the American pop/rock duo, the song is so perfect for the show because Friends creators David Crane and Marta Kauffman co-wrote the song alongside the band. Much like Saved by the Bell’s theme song spoke directly to its audience, so did “I’ll Be There for You” with now iconic lyrics like “So no one told you life was gonna be this way. Your job’s a joke, you’re broke, your love life’s D.O.A.”

2. The Fresh Prince of Bel-Air

For fans of Will Smith, there is one song from his impressive catalog of recordings which is truly iconic. Sure, “Summertime,” “Gettin’ Jiggy…” and “Parents Just Don’t Understand” deserve their nod in rap iconography, but concerning the overarching look at the life and career of Will Smith, nothing compares with the theme song to The Fresh Prince of Bel-Air. When the synthesized bass plunks drop, and the rhymes begin, the vast majority of whoever might be present in any given room in the United States of America, will launch into a rap chorus… “In West Philadelphia, born and raised, on the playground is where I spent most of my days…”

When it comes right down to it, there may not have been a better sitcom in television history. The point is moot, but the show, which was ripe with wit, sarcasm and some of the most iconic characters in television history, was privy to the greatest theme song in television history, “Where Everybody Knows Your Name.” The song was written by Gary Portnay, and featured lyrics suggesting life can be hard. Sometimes it’s necessary to be in a place where everybody knows your name. And there is great, universal truth in those simple statements. What better song to be played before setting a comedy in a swank, Boston bar?