Home » Entertainment » Celebrities » 15 Celebrities Who Will Never Make a Comeback in Hollywood!

15 Celebrities Who Will Never Make a Comeback in Hollywood! 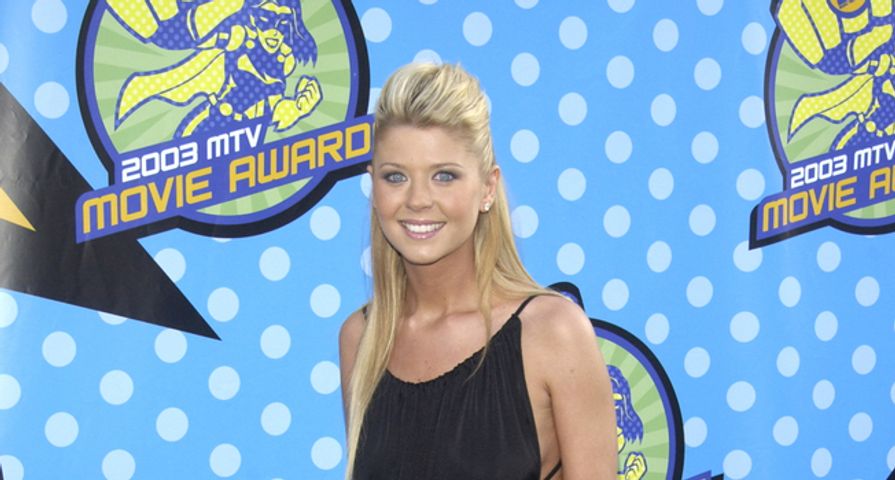 Some celebrities were a big deal once upon a time but now, for whatever reason, they are considered completely irrelevant. We have collected a list of 15 celebrities who we expected to succeed, but who failed to remain competitive and have faded into complete oblivion! Check them out:

Lil Kim was a big deal in the ‘90s! She won two MTV Video Music Awards and a Grammy Award; however, after serving a year in prison for lying to protect friends who were involved in a 2001 shootout outside a radio station in Manhattan, she has not been able to revive her career. Instead she is constantly scrutinized by the media for her ever-changing – and almost unrecognizable – face.

Lindsay Lohan showed so much promise when she was younger! With her roles in “The Parent Trap” and “Mean Girls,” we really thought that she was here to stay. But, after a couple of DUIs and more arrests and rehab stints than we can count, we believe that she has fallen so far from grace that she will never return.

When Brooke Mueller married Charlie Sheen back in 2008, they were considered one of Hollywood’s golden couples. Unfortunately, after the couple’s crazy Christmas together in 2009 where Sheen was arrested, Mueller’s star began to fade. Information about numerous DUIs came to light and, since then, Mueller has been in and out of rehab regularly. Even after being involved in Paris Hilton’s reality show, “The World According to Paris,” Mueller continued her descent. We think she is so far gone that she will never make it back.

Mel Gibson’s arrest in 2006 for driving under the influence – which included him shouting anti-Semitic expletives at the police – forced Hollywood and the public to look at the actor differently. In 2010, when a recording of Gibson verbally abusing his ex-girlfriend Oksana Grigorieva surfaced, the damage proved to be irreparable. In 2011, Gibson attempted a comeback in “The Beaver,” but it failed horribly and we’re now fairly certain that he won’t be making any big screen hits in the future.

Janice Dickinson considers herself to be the very first supermodel and, when we see pictures of her from early in her career, we believe it! In recent years, Dickinson seems to have a penchant for bad plastic surgery and she has been involved in the lowest of the low for reality television. From “The Surreal Life” to “I’m a Celebrity…Get Me Out of Here” to “Celebrity Rehab with Dr. Drew,” Dickinson is in all of it, which suggests to us that her career is over for good.

Tom Green rose to fame with films like “Road Trip” and “Freddy Got Fingered” and his television show “The Tom Green Show.” From 2006 to 2010, he hosted an Internet talk show “Tom Green’s House Tonight” from his living room and, since 2010, he has been performing stand-up comedy. Sounds like a big step down from being Drew Barrymore’s husband and starring in big budget films. We think it is safe to say that we’ve seen the last of Tom Green!

Shannon Doherty was a big deal back when she was on “Beverly Hills 90210” and “Charmed.” Unfortunately she was labeled as difficult to work with, so her career has more or less stalled since she left “Charmed.” Doherty was on the tenth season of “Dancing Season with Dancing with the Stars” but, other than that, her resume is pretty sparse and likely to stay that way.

Apparently Courtney Love believes she is on the comeback trail! But whether or not it will be a success is up for debate. Love has behaved erratically and struggled with addiction for years. She has lost custody of her daughter, Frances Bean Cobain, more than once. Since December 2009, her daughter has been in the custody of Curt Cobain’s mother. Although she confirmed her sobriety in 2011, it’s hard to imagine Love being back in the spotlight for good.

Paris Hilton’s fame has been waning for years. The public did seem interested in her during her time on “The Simple Life” but, since then, her level of fame has plummeted. Hilton tried to get more attention with her short lived reality show “The World According to Paris,” but it failed to impress anyone and was canceled after only one season. Right now she is trying her hand as a DJ, but we are pretty sure Hollywood has seen the last of Hilton.

Back when he was in “Election” and the “American Pie” movies, Chris Klein was a big deal; however, after “Rollerball” fizzled and he entered into his mid twenties (becoming too old for the teen heartthrob roles), things slowed down for Klein. After two DUIs, things have definitely come to a standstill. With only a recurring role on the television show “Wilfred,” Klein is most certainly gone for good.

Heidi Montag and Spencer Pratt are best known for playing the villains on “The Hills.” However, in recent years, Montag is better known for having had 10 plastic surgery procedures in one day and, as a couple, they are better known for having blown all of the money they earned from reality television which, according to them, is $10 million. It is doubtful these two will ever make it back. Even the C list is a stretch for them!

Everyone loved her as Marissa Cooper in “The O.C.” but, after leaving the show back in 2006, Mischa Barton has faded into oblivion. She has surfaced only a few times since. Barton made headlines when was arrested for a DUI in 2007. In 2009, she was in the news again when she placed on a 5150 psychiatric hold. In 2009, Barton was on the short-lived series “The Beautiful Life;” however, her hospitalization definitely overshadowed that. Barton has never received the level of fame that she achieved on “The O.C.” Can she make a comeback? Probably not.

A decade ago, Tara Reid was the girl next door. Movies like “American Pie,” “Josie and the Pussycats’ and “National Lampoon’s Van Wilder” catapulted her to fame. Unfortunately, her career has pretty much fizzled and she is now known more for ruining her figure with a botched boob job and liposuction, which resulted in deformity. We sincerely doubt anything can resurrect her career.

Since her affair with Eddie Cibrian and her very public Twitter battles with Cibrian’s ex-wife Brandi Glanville, LeAnn Rimes’ public image has been suffering. Her most recent album “Spitfire” – which is about her affair Cibrian –marked her worst debut on the charts ever. Glanville ripped the album saying, “No one wants to hear you cry over getting everything you wanted.” Looks like she was right! The only thing that Rimes has in the works right now is a reality show with Cibrian which we’re pretty sure no is interested in watching.

Demi Moore was at the height of her fame in the ‘80s and the ‘90s. She starred in films like “St. Elmo’s Fire,” “Ghost,” “A Few Good Men,” “Indecent Proposal” and “G.I. Jane.” However, after a lengthy career hiatus, Moore has never experienced the same level of success professionally. Her marriage to Ashton Kutcher hasn’t helped her either. After a very public cheating scandal, Moore is now an object of pity. We definitely are not expecting a comeback from her.