Home » Entertainment » Music » 15 Backup Singers Who Made It Big

15 Backup Singers Who Made It Big 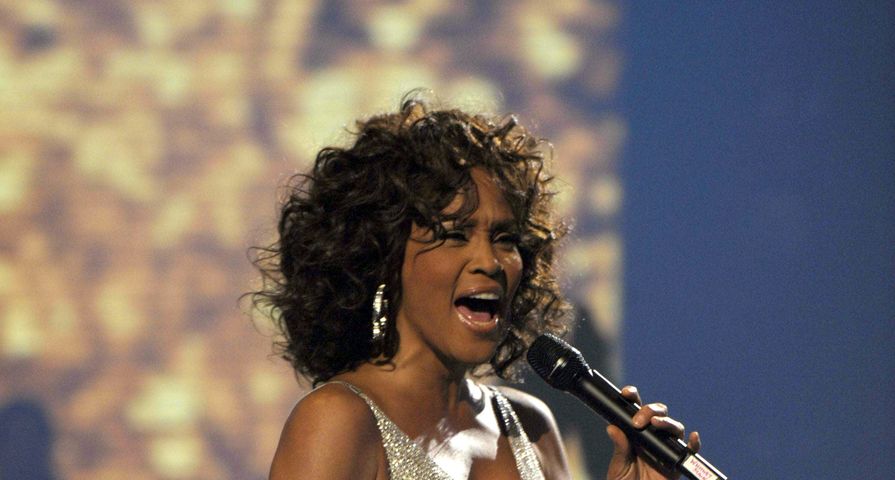 The music biz is a revolving door of talent and of course talentless hacks that never get off the ground, and to call it “cut-throat” may just be an understatement! Many talented people are left without a record deal, label, or a penny to their name, thus the dream is forced to subside. This list countdowns the top artists to suck it up and pay their dues by singing backup before cleaning up as leading male and female vocalists.

Keri Hilson has sung backup for the likes of Usher, Toni Braxton, and Ludacris, and has written songs for artists including Britney Spears and Mary J. Blige. Her big break when she appeared on Timberland’s single “The Way I Are,” which was a smash hit the world over. Her debut album In a Perfect World debuted at number 4 on the Billboard 200 Chart. She released another studio album the following year in 2010. She has received several awards and countless nominations. Her collaboration with fellow artists, makes this performer a true leading lady.

This British singer-songwriter started her career as a backup singer in her brother’s band. They caught the attention of Peter Edge of Artista Records for their demo collection Odds & Ends, and he signed Dido in late 1996 and negotiated a co-sign deal with her brother’s independent label, Cheeky Records. In 1999, Dido released her debut album No Angel and sold over 21 million copies worldwide. Her follow up album in 2003, Life for Rent continued her success story. Dido’s first two albums are among the best-selling albums in UK Chart history.

Gwen started off as the backup singer of No Doubt, originally led by John Spence. When Spence committed suicide in 1987, Stefani stepped into his role. The band released five studio albums and won two Grammy Awards. Gwen started her solo career when the band went on hiatus. As a lone wolf she’s won a Grammy Award, a World Music Award, an American Music Award, and a Brit Award.

Faith Evans began pursuing her music career in 1993 when she relocated to Los Angeles and worked as a backup vocalist for Al B. Sure and Christopher Williams. By 1994, she became the first female artist to get a contract with Sean “Puff Daddy” (P Diddy) Combs’ Bad Boy Entertainment where she collaborated with Mary J. Blige and Carl Thomas. From 1995 to 2001 Faith released three platinum-certified studio albums including Faith, Keep the Faith, and Faithfully. She also released a holiday album A Faithful Christmas, and in 2010 she released Something About Faith. Just in case you forgot her name, it’s Faith…

P!nk began her career singing in Philadelphia nightclubs when she was just a teenager. At 16, she and two other teenage girls, Stephanie Galligan and Chrissy Conway, formed a band called Choice and sent a copy of their song “Key to My Heart” to LaFace Records in Atlanta. The girls were signed by L.A. Reid and recorded an album that was never released. Reid saw P!nk’s potential and told her to go solo. As a result, Choice disbanded and P!nk signed once again with LaFace and released her debut solo album Can’t Take Me Home in 2000. The record went double platinum. To date, P!nk has sold over 50 million albums and 83 million singles worldwide.

So if you’re going to be a backup singer, you probably want the gigs Sheryl booked. She sang background for greats Michael Jackson, Stevie Wonder, Tina Turner, Bob Dylan, and Dan Henley. Not too shabby. She was a backing vocalist on MJ’s Bad World Tour 1987-1989! Epic! She released her debut album, Tuesday Night Music Club in 1993 and won herself three Grammy Awards for the album in 1995. She has since released seven studio albums, two compilations, and a live album. She’s sold over 50 million albums worldwide and has a total of nine Grammys out of her 32 nominations.

Dave Grohl got his start as the drummer and backup singer for the grunge band Nirvana. Not a bad start. Following the death of Kurt Cobain and the dissolution of Nirvana, Grohl formed Foo Fighters in 1994 as its only official member. The band has since established itself with permanent members and has won 11 Grammy Awards and sold over 12 million albums in the US alone. Grohl has also been involved in side-projects Late! and Probot, and he is the co-founder of the supergroup, Them Crooked Vultures.

John may just become a legend yet, but before holding on to all the limelight, he shared it by singing backup vocals for artists like Alicia Keys, Kanye West and Fort Minor. He also played piano on Lauryn Hill’s “Everything is Everything.” He has since gone on to win nine Grammy Awards, one Golden Globe, and one Academy Award. He was also the recipient of the Starlight Award in 2007 for his work as a songwriter. Despite his success as a solo artist, he continues to collaborate, working with artists such as Mary J. Blige, Jay-Z, The Black Eyed Peas, and Stephen Colbert.

The unique stylings of Luther Vandross can be heard in the background vocals of fellow artists David Bowie, Barbra Streisand, Diana Ross, and Roberta Flack. Starting his career in the early 1970s, this man’s pipes became sought after by all the industry heavyweights. Even after finding success as a frontman, Vandross didn’t let his ego get in the way or mind turning the limelight over to others. In 1985, he sang backup on Stevie Wonder’s hit “Part-time Lover.”

MJ got her foot in the door in the music biz by starting her career as a background artist for Uptown Records in 1989. She released her first solo album in 1992, What’s the 411? Blige should be known as Queen B! She’s released 12 studio albums, made over 150 guest appearances on other albums, won nine Grammy Awards, is one of few entertainers to have eight or more albums go platinum. Also her album My Life is considered among the greatest albums ever recorded according to Rolling Stone, Time, and Vibe! She ain’t no backup singer, that’s for sure!

This drumming frontman got his start singing backups for Peter Gabriel in Genesis. When Gabriel left the band Collins stepped up and filled his mighty-large shoes, and the band’s success continued. Phil Collins also pursued a very successful solo career, making him one of the most successful songwriters and performers of all time. He is one of only three recording artists (along with Paul McCartney and Michael Jackson) who have sold over 100 million albums worldwide both as solo artists and as principal members of a band.

This legendary singer-songwriter found success after singing background vocals for the comedy, poetry, and music group The Scaffold in Liverpool, England in the early 1960s. He even played piano for bands like The Hollies before finding success with his second album and a song called “Your Song” that reached the top 10 in the UK and US. Since that time, Elton John has sold over 300 million records, making him one of the best-selling music artists of all time. He’s had more than 50 Top 40 hits including seven consecutive #1 US albums. He also holds the title for the best-selling single of all time with “Something About the Way You Look Tonight”/ “Candle in the Wind 1997,” which sold over 33 million copies worldwide. I am left wondering though, if his stage name had something to do with his success, or if he’d have been just as efficacious with his given name, Reginald Kenneth Dwight.

Just so that Cher can take the title for being the coolest woman ever, she began her singing days by providing backup vocals on some of the most epic songs of the 1960s! She sang background vocals for the Ronettes’ “Be My Baby” and the Righteous Brothers’ “You’ve Lost That Lovin’ Feelin.’” Yeah right! She finally caught her break in 1965 in the duo Sonny & Cher and after a career spanning over half a century, she’s estimated to be worth over $300 million. Her biographer Mark Bego wrote, “No one in the history of show business has had a career of the magnitude and scope of Cher’s.” I suppose the fact that she has won an Academy Award, a Grammy Award, an Emmy Award, a special CGDA Fashion Award, three Golden Globe Awards, and a Cannes Film Festival award may give that statement some legitimacy!

Nobody puts this baby in the corner! Beginning her career as a backup singer for Brenda K, her demo wound up in the hands of record executive Tommy Mottola, who signed her to Columbia Records. This partnership proved to shoot Mariah to stardom in the early 1990s with the release of her self-titled debut studio album Mariah Carey that went multi platinum and contained four consecutive number one singles on the U.S. Billboard Hot 100 chart. To top off Mariah’s success, she and Tommy married in 1993. While the relationship didn’t last, ending in divorce in 1998, Mariah’s success has been unyielding. Mariah has since sold over 200 million records worldwide, and is one of the best-selling music artists of all time.

Yep, that’s right! Topping our list is the late and great Whitney Houston who began her career singing backup for artists like Lou Rawls and Jermaine Jackson. She also famously sang backup on Chaka Khan’s smash hit “I’m Every Woman.” In a full circle moment, Houston released her cover of “I’m Everywoman” for The Bodyguard soundtrack, and the song hit the #1 spot on the Billboard Hot 100 chart. Since then, The Bodyguard has inspired a musical version featuring the song and the mega-hit “I Will Always Love You.” Whitney Houston is one of the best-selling music artists of all-time, with six studio albums, one holiday album and three movie soundtrack albums, all of which have diamond, multi-platinum, platinum, or gold status! She’s also the only artist to have chart seven consecutive #1 Billboard Hot 100 hits. This megastar was built to sing lead, and lead she did sing!