Home » Entertainment » Movies » 13 Movies With The Most Incredible Soundtracks 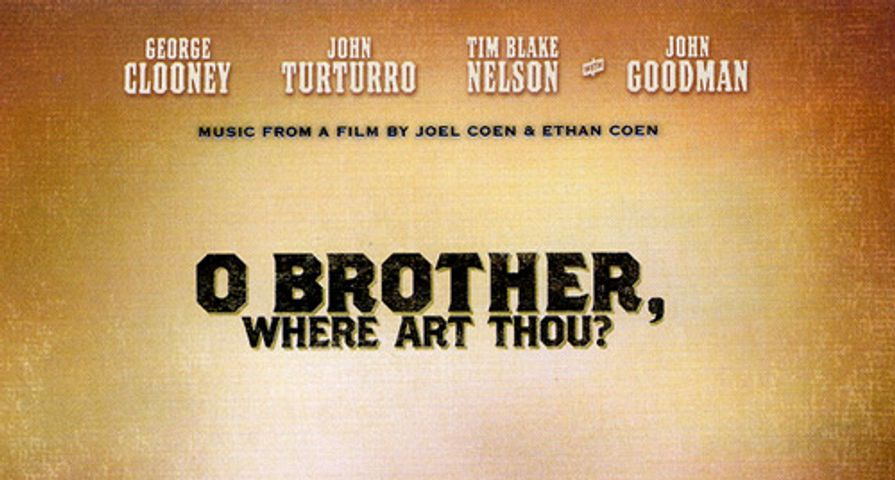 When sitting down to watch a movie, the soundtrack can make the film flop or fly. Take a great story, great script, great filmmakers, great cast and offer it a poor score and marginal soundtrack, and it’s little more than blip on the radar of film history. In contrast, take those elements and add some iconic music that paints the picture of a certain historical era, or music that lends itself to thematic tone, and you’ll often end up with a film that is a true cinematic experience. For your consideration: 13 movies with the most incredible soundtracks.

There’s something about hot-house movies that lure a generation. The Big Chill was marked by an incredible cast, and an even more incredible soundtrack. There’s nothing quite like a movie about a bunch of white people reminiscing about white people problems in the 1980s, and there’s no better way to set off the good times than to juxtapose such a scene with a soundtrack that blasted out Motown. Truly, the soundtrack echoes the bygone era of the main characters, and all stereotypical jokes aside, the cast, featuring Kevin Kline, William Hurt, Tom Berenger, Glenn Close, JoBeth Williams, Mary Kay Place, Meg Tilly and Jeff Goldblum, was superb. And it was directed by Lawrence Kasdan. That guy could do it all.

From the opening rip of Dick Dale’s surf guitar sound, audience members knew that Pulp Fiction was going to be a wild ride. The soundtrack featured some of the greatest gems in American music that are often forgotten. From Neil Diamond covers by Urge Overkill to Statler Brothers classics to Chuck Berry rockin’ some old school rhythm and blues to get John Travolta dancing again for the first time since Stayin’ Alive in 1983… this soundtrack was a mixed bag of incredible tunes. The bonus of the soundtrack release was found in the audio clips from the film, really putting the story into context.

The film was about the complexities of relationships in an American era, featuring the legitimate Generation X crowd. The main character, John Cusack, was the owner and operator of a record store that was still dealing in vinyl in the age of CDs, and the coolest of cats still made mixed tapes. The music in the film was overload in the best way possible. Inserting Jack Black into the mix, and allowing him to sing as part of the film’s climax was another addition of gold to the tonality of the film. The soundtrack was built around under-appreciated popular music, and on the foundation of some of the best independent and lesser known bands of all time. Bob Dylan to The Beta Band and a few honorable mentions of groups like Massive Attack, it’s hard to ask for more music to be sewn into a film.

George Lucas has always been a wonderful story creator. In fairness to all parties involved, including Lucas and film fans worldwide, his early work as a director was much better than his later work. American Graffiti was one of his best. The soundtrack was full of some of the greatest music ever written, and was certified platinum three times over. It featured 41 songs from groups such as The Beach Boys, Buddy Holly, Del Shannon, The Platters, Chuck Berry, Fats Domino and the list goes on and on… and on. The 1973 film — set in the early 1960s — is a perfect glimpse of teenage angst following high school graduation, and deciding what comes next.

It was the film that thrust The Bee Gees into the spotlight, and disco dance into the Midwestern mainstream. John Travolta starrs as Tony Manero, a Brooklyn-born kid, looking for a way out of the mundane day-to-day of his work all day, play all night lifestyle. The Saturday Night Fever soundtrack featured some of the greatest disco jams of all time. It was led by the Bee Gees — the film opens with the famous Travolta strut to “Stayin’ Alive” — but also featured bands like Kool and The Gang, KC and The Sunshine Band, The Tavares and The Trammps. “Burn, baby, burn! Disco inferno!” The dance in this film is nothing more than a tool in telling a very rough around the edges, sentimental drama.

The Mike Nichols film, The Graduate, which was based on the novel of the same name, features a young and somewhat hapless Dustin Hoffman who is trying to find his way following college graduation. The humor in this work of art is unique, and uniquely off-putting. Within the mix of the most bizarre love triangle ever captured to perfection on film stock, director Mike Nichols opted for the use of popular music that would become iconic: Simon & Garfunkel. As has been noted many times over by film historians, The Graduate was not dependent on the soundtrack to enjoy critical and popular success, but the marriage of the two artistic entities created for something that is relatively timeless. Dustin cruising in his 1966 Alfa Romeo Syder Duetto with the rambling guitar as score…? It doesn’t get better.

Wes Anderson will never be mainstream. Regardless of racking up some serious Oscar nods and awards for The Grand Budapest Hotel, his films are refined and layered. They foray into a universe that is just askew from the one we know, love and are sometimes comfortable in. The Rushmore soundtrack was evidence of the crossover of the two universes with offerings from The Kinks, Cat Stevens, Chad & Jeremy, The Who… the list goes on. A perfectly independent-spirited soundtrack to accompany one of the strangest feel-good stories ever made within the world of cinema.

Curtis Mayfield brought the legitimate funk, and funked it up for the Superfly soundtrack. The musical legend wrote an entire album of original music for the film. The theme song, “Freddie’s Dead,” resounds with its signature cool throughout the film, but the most popular song from the film is without a doubt, “Pusherman.” It has been used and reused in films since its original release. “I’m your momma, I’m your daddy, I’m that…” Oh yes. Curtis goes there time and time again in Superfly. In terms of soundtracks, it is a single soundtrack that defined an entire genre of films in the late 1960s and 1970s. What is Blaxploitation without Curtis Mayfield?

Another soundtrack written as the accompanying score for a film, Purple Rain featured Prince, and enjoyed a soundtrack written by him as well. The song of the same name is still considered one of the greatest rock ballads ever written. The soundtrack kicks from head to tail, getting crazy before the elevator brings you down, crying like doves and enjoying the exploits of “Darlin’ Nikki.” Anytime the Foo Fighters cover an obscure track from another artist, one has to presume it is of legendary status. The Purple Rain album/soundtrack launched Prince into the mainstream as an artistic force that could never be contained.

4. O Brother Where Art Thou

Take Homer’s Odyssey, set it in 1930s, rural America and give it a soundtrack. What else could you get by bluegrass at its best? The O Brother, Where Art Thou? soundtrack was so good, it turned “anything but country” music fans into bluegrass fans. It also scored a host of awards, including Grammys. The harmonies, guitar riffs, sweet sounds and undeniable link to Americana is pretty undeniable. Putting together the sweet voices of Alison Krauss, Emmylou Harris and Gillian Welch as the Sirens, singing the sweet song of “Didn’t Leave Nobody But The Baby, ” was cinematic brilliance. When soundtracks like this are are part of the fabric of a film, it’s not a surprise when they become iconic.

To quote Annie Potts in the mix of Pretty in Pink, “I’m OD’ing on nostalgia.” Pretty in Pink may be the most underrated of all the films that John Hughes wrote. Starring Molly Ringwald, Annie Potts, Andrew McCarthy, James Spader and the incomparable Jon Cryer (at his absolute best), Pretty in Pink is full of so much universality it hurts. Sure, there are issues of high school students sometimes looking much older than they should, but to combat that issue, find a 1980s year book from any American high school. The soundtrack: The Smiths, Otis Redding, Echo and The Bunnymen, The Psychedelic Furs, Joe Jackson, Suzanne Vega, New Order and the unforgettable “If You Leave” by OMD: Orchestral Manoeuvres in the Dark.

For a film and music, and a film built around music to define a single era and movement, nothing does grunge and the 1990s Seattle scene better than Singles. Cameron Crowe was able to rely on his real-life connections to the music industry to hammer an indelible mark into film history. One of the most underrated films of the 1990s, the Singles soundtrack featured everyone from Chris Cornell to Pearl Jam (who were also in the film as part of Matt Dillon’s band, Citizen Dick) to Alice in Chains and the Smashing Pumpkins. Add to it the classic rock influence of acts like Jimi Hendrix and it was a soundtrack for the ages. The album has more rock bravado than any other soundtrack in film history.

Steeped in the greatest, and most iconic names in American music, the Forrest Gump soundtrack was a perfect, patchwork quilt of Americana, complementing a now-iconic score by Alan Silvestri. Forrest’s journey to and through adulthood is accompanied by the music of each era, and featured Elvis Presley, Duane Eddy, Joan Baez, Bob Dylan, Wilson Pickett, The Beach Boys, Aretha Franklin, Creedence Clearwater Revival and so many others. There was little doubt that Forrest Gump would be a hit film, but the filmmakers didn’t even expect the level of success it achieved and spawned. When you can eat at restaurants that were born of a film franchise, that film has become truly iconic. And the music they play at Bubba Gump’s? Pure Americana, of course.