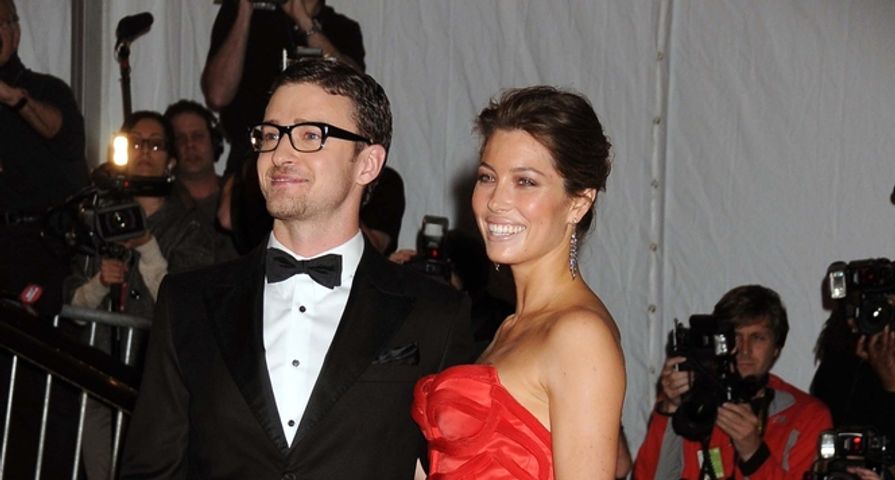 So many celebrity babies were born this year and so much of it has been documented on Instagram. To celebrate the end of the year, we’re counting down the 12 cutest of the celebrity baby reveals on Instagram of 2015. Check it out!

Paulina Gretzky and her pro golfer husband Dustin Johnson welcomed their son Tatum Gretzky Johnson on Jan. 19. Paulina is well known for her activity on social media, so it’s not too surprising that she released a photo merely one day after giving birth! The cute photo showed her cradling their little bundle of joy in a hospital bed with her now-husband Dustin snuggled in close.

Happiest day of our entire lives was welcoming our sweet baby boy into the world 1.19.15 @djohnsonpga

These reality TV stars welcomed their second child, Novalee Reign, on New Year’s Day — the first celebrity baby born in 2015! Catelynn and Tyler Baltierra made their claim to fame on MTV’s reality shows Sixteen and Pregnant and Teen Mom when cameras documented their choice to give up first born daughter Carly for adoption. After Novalee’s birth in January, there were a few peekaboo photos here and there, but the first real photo with her cute little face was revealed when she was just two months old. Catelynn posted a photo with the caption, “Being your mommy is the best thing in the world…you make my days brighter.”

Reality couple, Jill Duggar and her husband Derick Dillard welcomed their first child together on April 6. The new parents named their baby boy Israel David Dillard. His birth was documented by TLC on their hit reality show, 19 Kids and Counting, but wasn’t set to air until May. A few days after giving birth, the couple posted a photo to Instagram with the caption, “So thankful to God for this handsome little guy! 9lbs 10oz, 23 inches long! #IsraelDavidDillard #babydilly.”

James and I are so proud to welcome into the world our healthy and beautiful baby girl, Ioni James Conran! She’s the best of both of us and completely perfect from head to toe. #BabyConran is now officially @ioniconran! A photo posted by Coco Rocha (@cocorocha) on Mar 28, 2015 at 1:24pm PDT

Vanessa and Nick Lachey gave birth to their second child on Jan. 5, a baby girl named Brooklyn Elisabeth Lachey. The first photo that wasn’t just of her little feet or fingers was this picture of her dressed up as a bunny on Easter. Unfortunately, the photo didn’t feature Brooklyn’s face, but it was the cutest first photo of her dressed in little white knitted bottoms with a bunny tail and a bunny-faced beanie! The caption read: “Happy Easter!”

Mark-Paul Gosselaar is best known for his role as Zack on the popular sit-com, Saved by the Bell. He welcomed his fourth child with wife Catriona McGinn on Feb. 17. The next day, the star posted a photo of the new baby girl to his Instagram account with the caption, “She’s a ‘mouth-breather’ like her Daddy. My Sweet little angel.” And earlier in the day he tweeted, “Born last night 2/17 Mum and baby are healthy and happy. 2 boys, 2 girls, too perfect!” All of this is just too cute!

Global superstar, Shakira, welcomed her second child in Barcelona on Jan. 29 with boyfriend Gerard Pique. It was an exciting day as their first child, Milan became a big brother to their newborn, Sasha Pique Mebarak. Shakira announced the birth on her website with details stating, “The name Sasha is of Greek and Russian descent and means ‘defender of mankind’ and ‘warrior.'” What a little champ! Two months later she revealed the little boy on Instagram alongside of a throwback photo of his father, Gerard, when he was the same age. We must admit they look almost identical! Her caption reads: “Father and son. Happy Father’s Day! Shak.”

Lucy Liu surprised us all with news of her expectancy. The 46-year-old actress never publicly revealed she was having a baby until she posted a photo on Instagram holding a newborn baby alongside the caption, “Introducing the new little man in my life, my son Rockwell Lloyd Liu.” The rarity of this photo makes it even more precious! Lucy welcomed Rockwell via gestational carrier, which is probably how she was able to keep it so well under wraps. This is Lucy’s first child.

Liv Tyler waited six months before fully debuting her baby boy, Sailor Gardner. The 37-year-old actress had previously posted photos on Instagram of her little baby bundle, but was always very careful to never reveal his face. The following photo was one of two that marked the first official baby reveal of little Sailor! She wrote, “Our beautiful baby boy. Sailor Gene Gardner. 6 months old so so sooooo in love and grateful.” He was born on Feb. 11 and is the first child Liv shares with her boyfriend David. Liv also has a 10-year-old son with her ex-husband, Royston Langdon.

This A-list couple gave birth to their first child on April 11. The baby’s gender was never revealed prior to his birth, and apparently they didn’t even know themselves! However, it was pretty clear soon after he was born that Silas was a baby boy. Justin revealed a photo of Silas on his Instagram account a week after Jessica gave birth. The photo shows a proud Jessica cradling her mid-yawn baby who’s decked out in some Memphis Grizzlies fan gear. Justin wrote in the caption, “The Timberlakes are ready!!!! GO GRIZZ! #GritNGrind #Playoffs #BabyGrizzROAR.” I think it’s safe to say Silas is Memphis’s youngest fan!

Brandon and Leah welcomed their little girl into the world on July 22. The first-time mom and dad named their child Eva James Jenner. The couple revealed the first photo of their little girl in an Instagram post two months after giving birth. In the photo, Leah looks absolutely gorgeous while laying down on a bed with her eyes closed, carefully cradling her newborn Eva who is bundled up in a cute little green apple swaddle. The caption is simple and sweet, “It’s an honor, little one.”

It’s an honor, little one.

Country music artist, Carrie Underwood and professional hockey player Mike Fischer welcomed their first child on Feb. 27. The married couple had a beautiful baby boy named Isaiah Michael Fisher! Almost a month after giving birth, Carrie posted the most adorable photo on her Instagram, revealing Isaiah publicly for the first time. He was swaddled in a cozy blanket holding a miniature hockey stick with the caption, “Predators are in the playoffs! Just waiting to get called up! #PutMeInCoach.” Looks like Isaiah will be following in his daddy’s footsteps!

The Predators are in the playoffs! Just waiting to get called up! #PutMeInCoach   A photo posted by Carrie Underwood (@carrieunderwood) on Mar 29, 2015 at 9:47am PDT