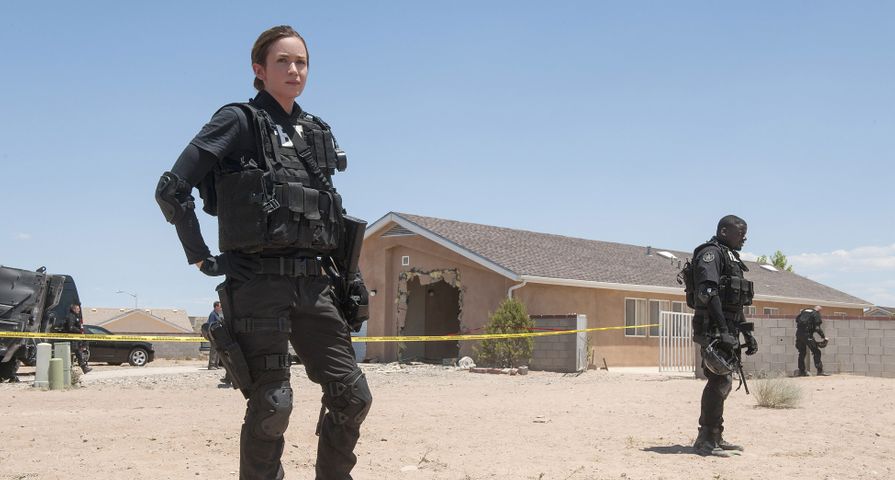 For every film that is released in any given calendar year, there are some that slip through the red carpet cracks and the masses fail to notice. In fairness to these films, the vast majority are lower budget, independently produced films that made their way to the public eye through film festivals or small distribution deals. While others are bigger budget, studio funded features that simply don’t get the attention they deserve–think Edge of Tomorrow in 2014. These five should go on your list of “should see” for 2015.

The name of the film is a trip in and of itself. Kumiko The Treasure Hunter debuted at several premier world film festivals, and scored a solid distribution deal for the indie film. The movie starred a Japanese woman who is fed up with life in Tokyo, the film was written and directed by the Zellner brothers–David and Nathan–and it features such a wonderful twist as to what one does when they (she) are (is) is done with the daily grind. A perfect homage to the Coen brothers, and their cinematic masterclass, Fargo, Kumiko The Treasure Hunter features Kumiko, leaving her Tokyo life to pursue an obsession: the money hidden in the snowy, North Dakota field by Steve Buscemi in the film Fargo. After all, according to the film, nobody ever found the money after his character was shot in the face. If you love indie weird, this film is for you.

We made mention of Legend when recently fawning over Tom Hardy, but it seems the film is somehow slipping through the cracks in the United States because people don’t know who the Kray twins are. For lack of better comparison, they are similar to the America’s Menendez brothers, but ten times more violent in crimes and reputation. Tom Hardy plays both men, and it is one of the finest performance(s) of the year, and of the 21st century. For those with a love of darkly comedic violence, the film surely delivers. Legend was written and directed by the supremely underrated Brian Helgeland, who wrote L.A. Confidential back in the day. How this guy isn’t a household name is beyond us! The creative team captured the mid-century modern era of Britain to near perfection, and inserted American muscle via automotive engineering. A most excellent mix.

Dope may be the wildest, most successful story of 2015 independent releases. Some of these films–to get technical–were finished in 2014, but they’re all 2015 theatrical or video releases. Dope was another wild, festival success that went on to enjoy theatrical distribution and rack up over $17 million at the box office. Not too shabby for a film that was made for $700,000. The film is a coming of age story, set in one of the toughest hoods in America, known as Inglewood, CA. Yes, as suggested, Inglewood is always up to no good. The film features newcomer, Shameik Moore, who plays Malcolm, a high school senior just striving to get by. He is a ‘geek,’ as he desires a college education and hopes to survive his adolescence. In terms of the 21st century and high school coming of age flicks, this one belongs on the shortlist with The Spectacular Now from 2013.

Easily the sleeper of the year, Alex Garland adds another fantastic piece of work to his artistic legacy with Ex Machina. For those who were completely disappointed with the artificial intelligence failure of Chappie, you can wash those memories away with a viewing of Ex Machina. The film stars  Alicia Vikander, Domhnall Gleeson and Oscar Isaac, all of whom deliver incredible performances. The VFX in this science fiction drama are done so well, and surprisingly, quite practically, you’re easily pulled in then swept away as an audience member. It is one of those films you want to own after its release in order to compare it to films that are made 20 years down the line. This film possesses a timeless quality, and will remain “futuristic” for many years to come. It may be the most unique film of the year.

Sicario. There is no way to miss this one after awards season. It is everything you hope for in a drama. It is filled with suspense, action and complex story lines. One of the most refreshing aspects of the film: it’s led by a incredibly strong Emily Blunt, who mixes it up with her male counterparts, but deals with the harsh reality that there is no such thing as physical equality. The film focuses on the real war on drugs in America, and the governing desire to keep the activity south of the border in Mexico. People learning about movies love to toss around the term “mise en scene,” and the definition of the term is rather strict, depending on who you’re talking to. Sicario is a definitive mise en scene. All of the elements of storytelling, including the unnerving score, serve to create a lasting effect.