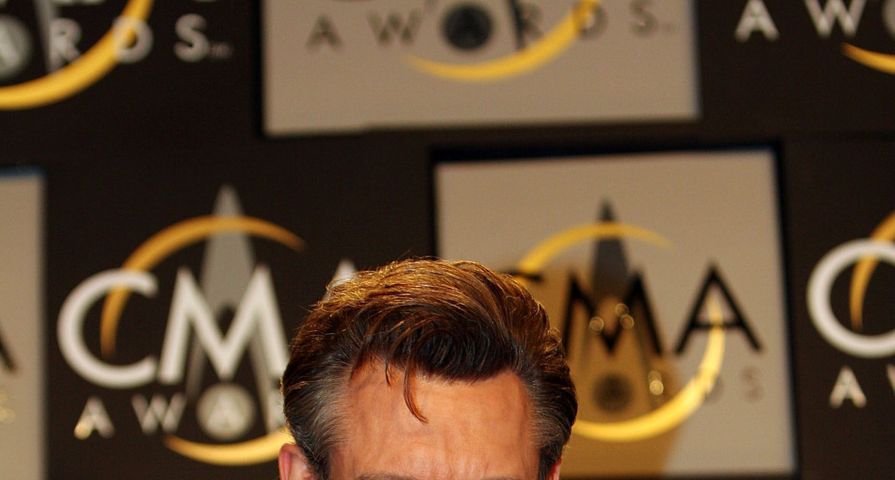 The country music world seems to be its own little society within the much larger realm of Hollywood, and while many do not automatically think of country music stars when they think of Hollywood scandals, there have been quite a few. There are of course cheating scandals that rock every facet of the entertainment, but then there are run-ins with the law and even murder, proving that country music is not all about sunshine, drinking beer and driving a truck, although sometimes scandals come from drinking beer and then driving a truck.

LeAnn Rimes has been embroiled in scandals a few times since starting her career as a country music singer when she was only a child. At 17, drama hit when she ended up in a nasty legal and financial dispute with her own dad who she said owed her more than $7 million. Of course, that was nothing compared to the scandal that erupted around her when she had an affair with Eddie Cibrian after meeting on the set of a 2009 Hallmark movie, Northern Lights. The relationship ended both of their marriages and Rimes has continued to anger people by flaunting her relationship with Cibrian.

Back in the late ’80s and early ’90s, Billy Ray Cyrus was one of the hotties of the music business thanks to his major hit “Achy Breaky Heart” and it seems that he was also busy breaking hearts. As a single man Cyrus began dating Kristin Luckey and Tish Finley at the same time and as a result he had two children born by different women only 7 months apart, Miley and Cody. Years later Cyrus admitted that following the scandal, his secret wedding to Tish the next year while she was pregnant with their son was against his record company’s advice.

One of the most recent scandals to rock the country world was Jason Aldean’s cheating drama. In the fall of 2012, the hugely popular singer was spotted getting really cosy and even kissing American Idol contestant Brittany Kerr, out in the open at a bar even though at the time he was married. Jason had been married to his high school sweetheart for 11 years and they shared two children. After the photographs were released, Aldean issued an explanation and apology on Twitter. He and his wife ended up splitting in January 2013 and it didn’t take long after their divorce for Aldean to go public with his relationship with his “mistress” Kerr, who he married in March 2015.

Johnny Cash stands as one of country music’s biggest and most infamous stars. During his stardom it didn’t take long for Cash to be known as one of the industry’s bad boys and developed a reputation for getting really drunk and trashing hotel rooms with his band. Aside from the partying and drugs, Cash is well known for his relationship with June Carter, which is assumed to have gone on for many years while he was married to Vivian Liberto. Johnny also battled infidelity rumors while with June and, after they both had passed away, allegations came forward that there was a possibility Johnny had gotten June sister’s Anita pregnant, but they aborted the pregnancy to save June the embarrassment.

In 2011, Hank Williams Jr. got himself in a lot of trouble after he compared President Barack Obama to Hitler during an interview on Fox & Friends. “Do you remember…the golf game they had?” he asked the anchors referring to Obama and Republican House Speaker John Boehner. “That was one of the biggest political mistakes ever! It [would] be like Hitler playing golf with Netanyahu!” Needless to say the comments did not go over well, and Hank Williams Jr. received major backlash including getting his long-standing Monday Night Football theme song pulled from broadcast.

The Dixie Chicks generated a lot of controversy back in 2003 when they spoke out against President George W. Bush. During a performance in London, England, lead singer Natalie Maines stated, “Just so you know, we’re on the good side with y’all. We do not want this war, this violence, and we’re ashamed the President of the United States is from Texas.” Immediately fans asked for their songs to be pulled from radio stations and country singer Toby Keith got into the drama after they also criticized one of his American songs and the scandal raged on.

2012 was not a good year for Randy Travis. The famed country star pleaded no contest to charges of public intoxication in February when police found him drinking a bottle of wine in his car, parked in front of a church. Things only got worse that August, however, as many still remember Travis was arrested yet again in a much more serious incident. He had apparently crashed his car through construction barricades and then proceeded to go to a convenience store to buy cigarettes…completely naked with no money. He ended up being charged for driving while intoxicated and for felony retaliation after allegedly threatening the officers who arrived at the scene.

Wynonna Judd married her second husband, her former bodyguard D.R. Roach in November 2003; however, in 2007 Roach went to the Shades of Hope rehab center. While going to rehab is not uncommon, the real scandal hit when Roach was arrested and convicted on 13 counts of sexual battery on a minor younger than 13. It turned out that Judd knew the young victim and she filed for divorce five days later.

Country queen Shania Twain was involved in what may stand as the most famous celebrity cheating scandal and not just in the country music world. Twain found out in 2008 that her husband of 14 years, John “Mutt” Lange, was cheating on her with her longtime friend and assistant Marie-Anne Theibaud. Things got even more dramatic when Twain found new love with none other than Marie’s scorned husband Frederic Theibaud. Twain and Frederic married in 2010 and are still going strong.

An event in the 1960s still stands as one of the biggest scandals to hit the country music scene of all time. Spade Cooley was known as one of the kings of Western Swing, but things took a dark turn in April, 1961. Cooley beat his wife, Ella Mae Cooley to death right in front of their 14-year-old daughter. His wife had allegedly been having an affair with fellow country star Roy Rogers and Cooley initially stated Ella had died after falling in the shower. Cooley was convicted of first degree murder and, four months before his release date in 1969, he was allowed to play a benefit concert in Oakland where he died of a heart attack on the wings of the stage.