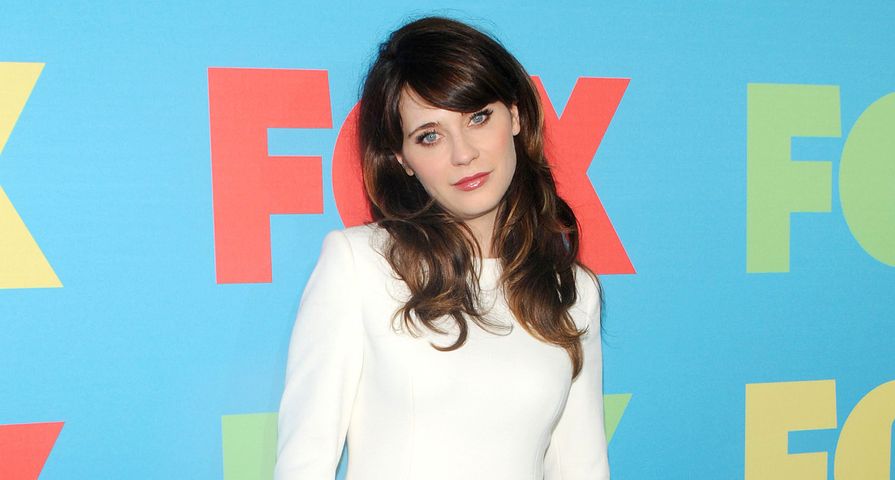 Zooey Deschanel is a woman of many talents. She’s most well known for her acting roles in films like Elf, 500 Days of Summer, Yes Man and the popular sitcom, New Girl, but she’s also a singer, musician, fashion designer and producer! When she’s not acting, she tours with her indie band, She & Him, where she sings, plays piano, tambourine and the ukulele! The Grammy and Emmy nominated actress turns 36 soon, so here’s a list of 11 things you probably didn’t know about her!

Zooey Deschanel was born on January 17, 1980. Her parents named her after Zooey Glass, the male character in the 1961 book by J.D. Salinger, “Franny and Zooey.” As a teenager she went to school with some pretty big celebrities! She attended the private school, Crossroads, in Santa Monica where she became friends with Jake Gyllenhaal and met her future co-star, Kate Hudson. One of the things she remembers most about her high school was all the pretty girls. “I just feel like growing up in Los Angeles, you learn, ‘Well, you’re never gonna be the prettiest girl in the room, so just don’t even try.’ I mean, I care about being pretty, but it’s not my most valued thing,” she said. She later attended Northwestern University, but dropped out after one year.

According to Deschanel, she showed signs of wanting to be an entertainer when she was as young as 2-years-old! “When I saw Wizard of Oz, I, like, wanted to jump into the TV. My dad has the video tape of me seeing it for the first time, and I’m, like, up against the screen,” she said. In an interview with Vulture, she shared a story from when she was 3 and in the production, Three Little Pigs. There were multiple productions of the show so each kid could have a chance being on stage, and every time a student would get stage fright, Zooey stepped in. By the third performance she was giving directions and insisted the narrator call her ‘The Third Baby Pig.’ In the audience her dad leaned into her mother and said, “Dustin Hoffman.”

Zooey Deschanel isn’t the only famous actress in her family! She has an older sister, Emily Deschanel, who for the past 10 years has starred in the popular Fox series, Bones. Her mother, Mary Jo is also an actress who starred in the show, Twin Peaks, and her father, Caleb is a cinematographer who’s received five Oscar nominations for his work, including for the film The Passion Of The Christ. Because of her father’s job, she had to do a lot of traveling when she was younger. “I’m really happy now that I had the experience, but at the time I was just so miserable to have to leave my friends in Los Angeles and go to places where they didn’t have any food I liked or things I was used to,” she said.

She has been diagnosed with ADHD and takes medication to help deal with the disorder. In an interview with Vulture, she said she’s an “easily distractible person” and that once she got so distracted during an interview by a family who sat down where she was drinking tea that she had to move outside. Once she moved outside, she was distracted by a fly and a bug, but when the waiter offered to kill them she said no because they were “characters in our story. I’d feel bad if he, like, perished at our tea,” she said.

7. Sewed Her Own Clothing

In high school she used to sew her own clothing because she was on a strict allowance, but constantly needed new clothes for theater. She also couldn’t drive to the mall until she was 17. She even tailored her own prom dress! In addition to sewing, she also knits, but told Vulture in an interview that it’s “too much” effort to learn all the new patterns.

Not only is Zooey Deschanel an amazing actress, but she’s also a really talented musician! She’s been in an indie duo called She & Him as the lead singer for the past 8 years. When she isn’t acting she’s out on tour with the band, who now have three albums to date. As a member of the band, she sings, plays the piano and ukulele. In addition to singing and playing various instruments, she’s really good at dancing! She took tap dance lessons for six years! As a singer she has several songs on many of the films she’s starred in like Elf, Yes Man, Winnie the Pooh, Your Highness, Trolls, Once Upon a Mattress and 500 Days of Summer.

Zooey Deschanel describes herself as “the worst person to eat with” because she has a ton of food allergies. She’s allergic to dairy, eggs, wheat and gluten. She tried to go vegan, but couldn’t because of her allergies. She wasn’t able to maintain a healthy diet while avoiding both her food allergies and the restrictions of a gluten-free veganism. “I gave it a good try, but sometimes you just need a little something, a little meat. At a certain point, you just have to go, You know, this gets in the way of my living too much,” she said.

Deschanel is co-founder of the website women’s lifestyle website Hello Giggles. She created the site with two of her friends, Molly and Sophia. They created the site to be a positive online community for women where they can read about fashion, pop culture, relationships, style and all of that. “We wanted to create a place that was a positive destination, where we had a lot of interesting writers, not just people who write for a living, but people with a lot of different perspectives. It’s really fun to have created a place for people to express themselves,” she said in an interview with Stylist.

It’s not surprising that Zooey Deschanel is very much into fashion, especially anything girly! One of her favorite fashion accessories is oddly a pair of tights! “I am a year-round tights girl. I will wear tights even if it’s 100 degrees outside. Tights are my safety blanket. In them, I know that I can do a sweet row of cartwheels anytime, anywhere without anyone catching a glimpse of my knickers,” she said.

Zooey’s second husband is Jacob Pechenik, a film producer she met while working on the film Rock The Kasbah. At the age of 35 she became a mother with her new fiance and the couple welcomed their first child, a daughter named Elsie Otter Pechenik, in late July 2015. Zooey and Jacob chose the unusual name because they both liked it and both love otters! “We just really liked the name Elsie and then we both love otters — they’re very sweet and they’re also smart. They use tools…they hold hands while they sleep, there’s so many amazing things about otters. They’re wonderful animals,” said Zooey.

Zooey Deschanel feels very strongly about the gender stereotypes placed on women, especially those pertaining to being a feminist and being girly. She feels like many people persuade young women from being girly because then they won’t be taken seriously, or if they are too girly, they won’t ever be in a position of power. “I think there was a generation before us that felt like they needed to act like men to be taken seriously, like they had to use their sexuality to take control of people. I don’t judge people for that. But I don’t want to take all my clothes off and use myself as an object. It’s part of the machine and I don’t think that necessarily pushes us forward as women. I think you can still be girlie and maintain your power. The fact that you associate being girlie with being non-threatening…I can’t think of a more blatant example of playing into exactly the thing we’re trying to fight against,” she said.