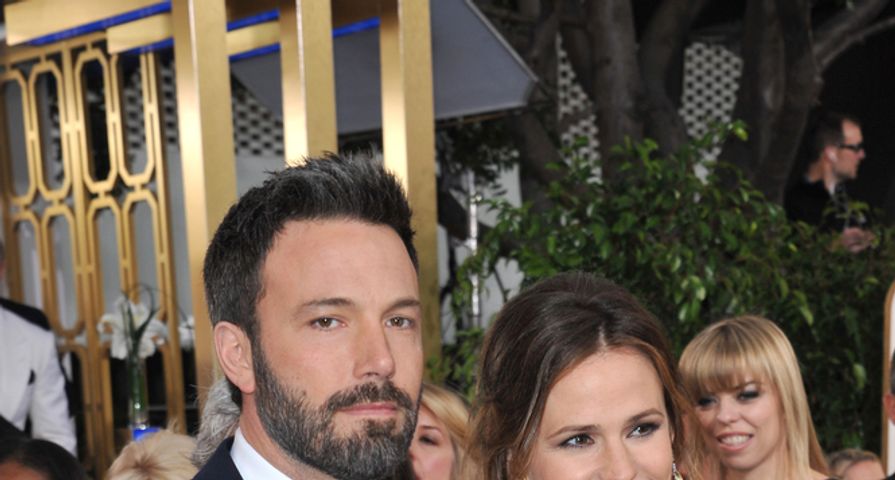 Ben Affleck and Jennifer Garner seemed to have a really great relationship during their ten plus years together. She seemed endlessly supportive of her him and his career, and he seemed to really love the stability that she brought to his life. Even though they are currently not together, we can still reminisce about their once seemingly perfect marriage! Here are 11 things you didn’t know about Ben and Jen’s relationship:

They met on the set of Pearl Harbor. Affleck had a starring role in the film and Garner had a small role as a nurse. At the time, he was in an on-again, off-again relationship with Gwyneth Paltrow and Garner was married to Scott Foley, so the two co-stars became friends.

According to the Gone Girl star, he and the Electra star fell in love on the set of Daredevil. “That’s where I found my wife. We met on Pearl Harbor, which people hate, but we fell in love on Daredevil,” he said. According to Garner, there was a time when they were filming that Affleck saved her in the most superhero way ever. “One time, actually, on my way over, I got tangled in the wires,” she told E!. “There was such velocity as I was swinging towards the wall, I was about to literally break my face on this brick wall. And Ben came out of nowhere in his Daredevil costume and went whoosh and caught me. Like ‘I got her!’ And I just thought, ‘who else has Ben Affleck as their own personal superhero?’” Interestingly, at the time, Garner was still married to Scott Foley and the two had yet to separate. Also, Affleck was still engaged to Jennifer Lopez. He and Lopez broke up in 2004 and Garner and Foley divorced that same year.

Everett Collection
Things You Might Not Know About Harry Connick Jr. And Jill Goodacre's Relationship

The couple, who began dating in 2004, made their first public appearance together as a couple at the 2004 World Series. Ben and Jen were there cheering for the Red Sox. According to Jen, if the Red Sox hadn’t won that year, her relationship with Ben would have been damaged because she would have been considered a jinx! “If they hadn’t won that year, I don’t think I’d be married with three kids. Because I think I would have been considered a jinx. Boston fans are pretty serious about superstition,” she said.

The Batman v Superman star proposed to the Miracles from Heaven star on her 33rd birthday in April 2005 and they were married in a private ceremony on Parrot Cay in the Turks and Caicos June of that same year. Most of their friends and family were absent, except for Garner’s co-star from Alias, Victor Garber. Garner was four months pregnant with their daughter Violet at the time.

Affleck once said that he and Garner wanted to have “lots and kids,” but they settled for three – Violet, Seraphina and Samuel. In an 2014 interview with InStyle, Garner admitted that her relationship with Affleck had been a bit of a whirlwind, especially since they didn’t wait long at all to have kids. “When we had our first [child] we had only been together a year. We were babies. It happened so fast, I hardly remember what we were like before the kids got here,” she said. “Now we’re just starting to go away for a night here and there.” Garner has suggested that she does most of the hands-on work stuff with the kids, and Affleck is the fun one. “I know who wants what lunch, and I’ve done all the school paperwork and filled out the emergency cards. Ben doesn’t know that stuff exists,” Garner told InStyle. “He is in charge of laughter. No matter how much I tickle them or toss them or chase them around, it’s not the same. If I’m the slow, steady drumbeat, he’s the jazz.”

According to the former television star, the reason why her marriage with the Oscar-winning screenwriter works was because she accepted him – his faults and all – and never tried to fix him. “My mom’s solid piece of advice to my sisters was, ‘Never marry a guy thinking you can change him,’” she said. “Don’t get in there and think you can start to tinker. So, I’m not a fixer.”

5. They Won’t Work Together Again

After filming two movies together, Pearl Harbor and Daredevil, neither Garner nor Affleck have any desire to work together again. “Well, my wife and I made Pearl Harbor and Daredevil. With our track record, I don’t know if anyone’s looking for a three-quel,” he told Playboy. Garner seemed to agree with this sentiment an interview with Allure. “Really, you don’t want to see a couple onscreen. People see paparazzi shots of us together all the time. There’s no mystery… People are sick of us,” she said.

4. She Helped Reboot His Career

The Oscar-winning screenwriter credits his Golden Globe-winning wife with helping him to reboot his career. “Getting to know Jennifer, falling in love with her and being connected with her gave me a foundation to reach out and say, okay, I’m going to do ‘Hollywoodland.’ I’m going to direct ‘Gone Baby Gone.’ Those were the steps forward I needed to put positive stuff on the board,” he told Huffington Post.

One day after their tenth wedding anniversary, Ben and Jen announced that they were separating. Rumors began to circulate about the couple spending two years in therapy prior to the announcement and that they had also been separated for 10 months leading up to their split. One of their big problems was reportedly his drinking and his gambling. The couple took a page from Gwyneth Paltrow and Chris Martin’s book and jetted out to the Bahamas with the kids after announcing the split.

Shortly after announcing their split, news broke that, after Affleck’s separation from Garner, he engaged in an inappropriate relationship with his children’s 28-year-old nanny, Christine Ouzounian. When Garner found out, Ouzounian was fired. Affleck denied that anything had ever happened between them. The disgruntled nanny then started setting up photo-ops with the paparazzi and selling her story to tabloids like Star. After a few weeks, Ouzounian disappeared from the headlines, suggesting that Affleck and Garner paid her to go away. According to Garner, Ouzounian had nothing to do with her decision to separate from Affleck. “Let me just tell you something,” she told Vanity Fair. “We had been separated for months before I ever heard about the nanny. She had nothing to do with our decision to divorce. She was not a part of the equation. Bad judgment? Yes. It’s not great for your kids for [a nanny] to disappear from their lives.”

After the couple announced that they were separating in June 2015, neither one of them has filed for divorce until April 2017. The couple has also continued to co-parent together and live under one roof. Neither Affleck nor Garner has moved on romantically and rumors still circulate that neither one of them actually wants to divorce. In an interview with Vanity Fair in 2016, Garner said that, given the chance, she would marry Affleck all over again. “I didn’t marry the big fat movie star; I married him. And I would go back and remake that decision. I ran down the beach to him, and I would again. You can’t have these three babies and so much of what we had. He’s the love of my life. What am I going to do about that? He’s the most brilliant person in any room, the most charismatic, the most generous. He’s just a complicated guy. I always say, ‘When his sun shines on you, you feel it.’ But when the sun is shining elsewhere, it’s cold. He can cast quite a shadow,” she said.