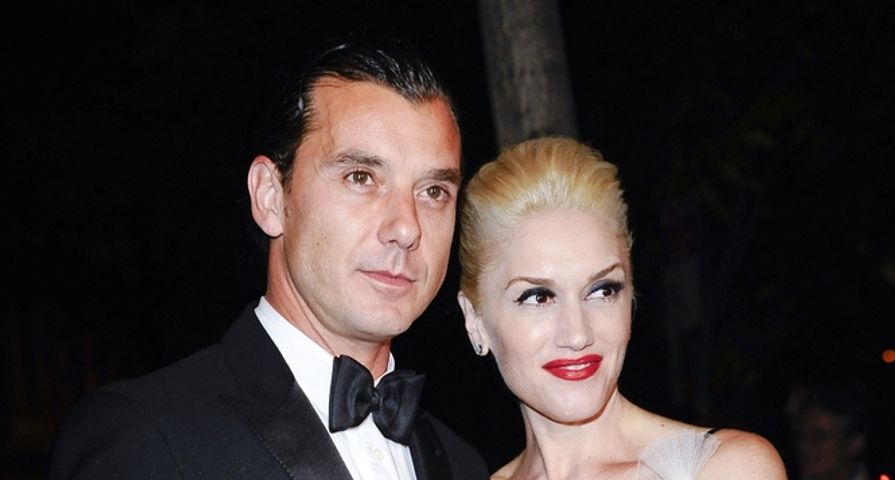 Gwen Stefani and Gavin Rossdale were together for twenty years – for seven of those years, they were dating and for the other thirteen they were married. Although there were rumors at different times that they were having problems, they pushed through and kept a united front. It’s been a couple of years since the two abruptly called it quits on their marriage, so join us for a trip down memory lane with these 11 things you didn’t know about their relationship:

The two singers met back in 1995 when No Doubt went on tour to open for Bush, along with Goo Goo Dolls. Rossdale was pretty smitten when he first saw her. “I first saw her on Rollerblades,” he told People. “I don’t know what it was, something about her. She ruined my concentration.” The head of Stefani’s label was the one who introduced them. Her first impression of him was that he was really cute and he was equally attracted to her.

Rossdale was looking for opportunity to get to know Stefani, so he threw a party when they were in New Orleans and then made his move. “I threw a party in New Orleans just as an excuse to hang out with her. We drank a bunch of hurricanes and went around the French Quarter. We had our first kiss that night, just walking around, being careful to step over the puddles of pee. The next day we had that sort of cute, embarrassed, sober meet-up,” he told Details magazine.

The No Doubt song “Underneath It All” was inspired by Gwen’s relationship with Gavin. She wrote it with Dave Stewart of Eurythmics after one of her visits with Gavin in London. “The day before we went over there, I was in the park with Gavin, and I had been keeping a journal,” she told Rolling Stone “And we were so in love, and I wrote that line, ‘You’re lovely underneath it all.’ You know, like, ‘After all the shit we’ve been through, you’re a really good person. I really think I might like you.’”

The “Machine Head” singer proposed to the “Just a Girl” singer on New Year’s Day in 2002. He’s really old fashioned – he asked her father’s permission before he popped the question! “He was very gracious,” Rossdale told People. Of course, Gwen accepted! “She did tell me to say it again, but then she said yes,” he said.

They were married on September 14, 2002 in a traditional Anglican service at St Paul’s, Covent Garden, London. All in all, 150 people attended. Gwen wore a custom-made pink and white silk Dior gown by John Galliano with an antique lace veil and carried her grandmother’s Catholic prayer book down the aisle, as well as a bouquet of Phalaenopsis orchids. The wedding went without a hitch, but the bride was an hour late to the ceremony! Two weeks after their London wedding, they hosted a vow renewal ceremony in L.A. for friends including Brad Pitt, Jennifer Aniston and Ben Stiller. For the ceremony, she wore the same pink and white Dior gown with a Georgian pendant of pink tourmaline, peridot and diamonds from Neil Lane Jewelry.

Two years after Rossdale and Stefani tied the knot, a paternity test revealed that he had a daughter, Daisy Lowe, from a brief fling he had with British singer Pearl Lowe. Rossdale and Lowe had been good friends prior to her pregnancy, which is why she made him Daisy’s godfather. Unfortunately, the news of Gavin’s illegitimate child with Pearl ended up causing tension in his relationship with Gwen, who he was planning to start a family with, and he ended up cutting off all contact with Daisy and her mother as a result.

They have three children together: Kingston James McGregor, who was born on May 26, 2006; Zuma Nesta Rock, who was born on August 21, 2008; and Apollo Bowie Flynn, who was born on February 28, 2014. After Zuma, Rossdale and Stefani weren’t planning on having anymore children when she got pregnant with Apollo, and she has also hinted that they couple had tried to get pregnant a year or two after Zuma, but it didn’t work out. “I really, really, really wanted one about two years ago. And it didn’t really work out. So…I feel good with what we’ve got. Everything works out how it should. You can’t plan anything, right? You can try,” she told Marie Claire in 2012.

4. His Affair with Courtney Love

In 2010, Courtney Love told Howard Stern that she was sleeping with Gavin back when he was dating Gwen – and that Gwen knew about it! “You mean he was having sex with you while he was with her?” Stern asked. “Everyone … yeah … and a few other people,” Love replied. “We didn’t have a lot of pressure on each other, but we did like each other quite a bit.” In response, Gavin posted this message on his Facebook page, which seemed to confirm Love’s claims: “Gwen and Gavin Rossdale would like to assure their fans that anything that may have occurred prior to their marriage has no impact on their current situation. All is well with the Rossdale family.”

The couple announced that they were ending their 13-year marriage in August 2015 and the decision seemed to come right out of the blue; however, according to Stefani, the couple had been separated for months before they announced that their marriage was over. “Everybody knows that my life blew up last February. I’d just been dealing with that. Unexpected. I was going along thinking that was going to be the rest of my life and it’s not. I don’t know what happened,” she told KIIS FM’s JoJo Wright.

Back in 2012, there were rumors that the Bush frontman was cheating on No Doubt singer with the family’s hot blonde nanny, after paparazzi took photos of him resting his hand on the small of the nanny’s back while they were on a hike with his kids. Gavin responded to the rumor, claiming that the hot blonde nanny was his sister and the rumors went away – until 2016 after Gwen filed for divorce. A source close the family told Us Weekly that Gavin had been cheating on Gwen with the nanny for three years and that Gwen only figured it out after she found explicit photos and texts between them on the family’s iPad. The nanny was fired immediately and Gwen then filed for divorce from her cheating hubby; however, neither one of them has ever confirmed the rumors were true.

These did not get a prenup when they got married back in 2002 so, when they divorced, he was legally entitled to half of all the money earned and assets accumulated during their 13-year marriage. Rossdale, however, decided to take the high road and agreed to an unequal split of property so that Stefani would end up with more, and they both agreed to 50-50 joint custody of their three sons.