Home » Entertainment » Celebrities » 11 Popular Teen Stars: How Much Are They Worth?

11 Popular Teen Stars: How Much Are They Worth? 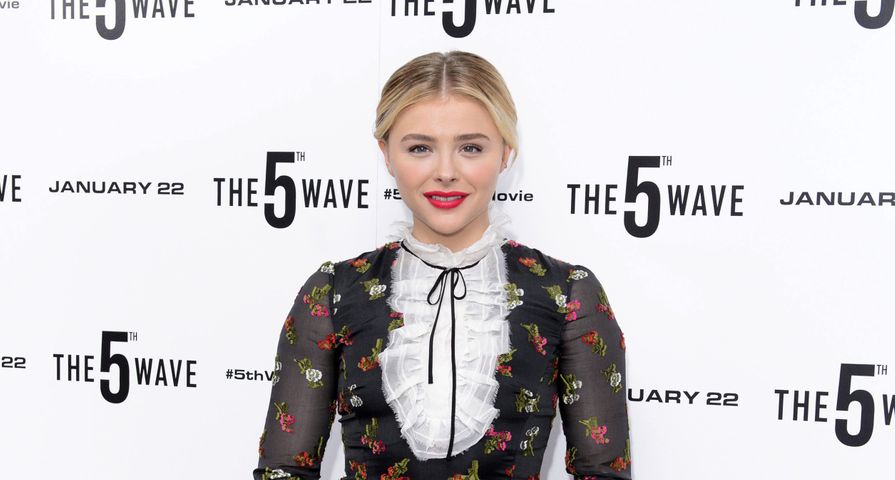 Did you get an allowance as a teen? Work a part-time job, or maybe just had to ask for money from parents and friends any time you wanted to head out and have fun. Being low on funds may be the lot in life of most teens, but that certainly isn’t the case when it comes to the teen stars on this list. With bursting bank accounts that are larger before their 20th birthday than most people will see in a lifetime, you might be impressed, envious, or a hefty combination of both when you check out these 10 popular teen stars and how much they’re each worth.

Estimated Net Worth: $3 million. Bindi Irwin took Australia by storm when she was still a tiny toddler, appearing on her father’s Crocodile Hunter show when she was just 2-years-old. Since then, she has continued to build a loyal fan-base with her work in acting, singing, song-writing, hosting, as well as other projects like a fitness DVD. Not content to keep her talents to a single continent, Bindi stepped onto stage when she appeared as a competitor on the US version of the super popular Dancing With The Stars and became the 21st season champion. Having accomplished so much as just 17-years-old is impressive enough, but it’s even more impressive when you find out that all of that hard work has resulted in the Aussie star being worth an estimated $3 million.

Estimated Net Worth: $8 million. With famous parents like Will Smith and Jada Pinkett Smith, you may think that someone like Jaden Smith could very well sit back and live off of mama and papa’s earnings without ever working a day in their lives, but that’s certainly not the case in this family. Carrying on the tradition of stepping into the spotlight, Jaden, at only 17-years-old has appeared in an ever-growing list of movies including the remake of the epic Karate Kid and After Earth which he starred in with his dad. Recently signing a lucrative deal to become the new face of Louis Vuitton Womenswear, it will only help add to his already big fortune of $8 million.

Estimated Net Worth: $4 million. Willow Smith might only be two years younger than her big brother Jaden Smith, but she’s doing just fine when it comes to her own professional pursuits and personal wealth. Acting since 2007 in the film I Am Legend alongside her father, Will Smith, she’s perhaps found the most success in the music industry. Releasing “Whip My Hair” and “21st Century Girl” in 2010, she dominated the radio. At only 15-years-old she is currently signed to Jay-Z’s label Roc Nation, as the youngest artist to ever sign with him and released a debut album, ARDIPITHECUS, in 2015 which has added to her personal estimated net worth of $4 million.

Estimated Net Worth: $3 million. At just 16-years-old, Kiernan Shipka has already worked for 16 years. Starting her modelling career when she was just a baby, Kiernan can be seen acting in the film version of Flowers in the Attic and was the voice of Jinora in the Nickelodeon series The Legend of Korra. But if that’s not where you recognize Kiernan Shipka, that’s certainly forgivable. There’s no doubt that Kiernan’s most popular role was that of Sally Draper, the daughter of Don and Betty Draper on the hit series Mad Man. Although the show has now come to an end, Kiernan did well for herself during its run, not only being named as one of 2014’s Time magazine’s “25 Most Influential Teens,” but also banking the bulk of her current estimated net worth of $3 million.

Estimated Net Worth: $7 million. Ariel Winter acts as Alex Dunphy, on the hit family sitcom, Modern Family. She’s riding high on the success of the show while taking in a whopping $75 thousand per episode. Also appearing in a recurring role on the series ER and taking on voice work, she may only be 17-years-old, but Ariel Winter is already worth an estimated $7 million and that’s sure to keep climbing.

Estimated Net Worth: $7 million. Alongside Ariel Winter on Modern Family, Nolan Gould portrays Luke Dunphy and makes just as much as his fellow teen co-star at an impressive $75 thousand per episode. Making more per episode than some people make in a year (and with rumors that both he and Ariel could start making $100 thousand per episode as they become adults) has helped the 17-year-old take in an estimated personal net worth of $7 million.

Estimated Net Worth: $5 million. At only 17-years-old, Elle Fanning may not have reached the level of success that her big sister Dakota Fanning has reached, but that doesn’t mean that Elle is failing at life. Far from that, Elle is making her own way in the industry appearing in 2014’s Maleficent and in J. J. Abrams’ sci-fi-drama blockbuster, Super 8. Already earning herself critical acclaim along with a loyal fan-base, Elle Fanning has also received nominations for a Saturn Award, a Young Artist Award, a Broadcast Film Critics Association Award, a Teen Choice Award, a Scream Award, an MTV Movie Award, a Spotlight Award at the Hollywood Film Festival, among others. Recognition isn’t the only thing that Elle has been banking with an estimated net worth of $5 million.

Estimated Net Worth: $3 million. When we’re talking about teens appearing on popular shows, we can’t pass over one of the most popular shows on television, Game of Thrones. With an obsessive audience that eagerly awaits every intense episode, many will know Maisie Williams better as Arya Stark. The role which has not only earned her an international fan-base, she’s also earned the 2012 Portal Awards for Best Supporting Actress – Television and Best Young Actor, the 2013 BBC Radio 1 Teen Award for Best British Actor, the 2015 Saturn Award for Best Young Actor in a Television Series, as well as nominations for the 2011 Scream Award for Best Ensemble and the 2013 Young Artist Award for Best Performance in a TV Series – Supporting Young Actress. With a production that has a large cast, massive sets, intricate costumes, and a heck of a lot of technology backing it up, you may wonder how much each individual actor can manage to take home. But you don’t have to worry, they’re all doing perfectly fine and Maisie Williams, at only 18-years-old proves that with a current estimated net worth of $3 million.

Estimated Net Worth: $2 million. Rivaling Game of Thrones as the most popular show on television these days, The Walking Dead may have a very different storyline, but is just as intense. Growing up with the undead on the show, Chandler Riggs plays Carl Grimes, the son of the main character, Rick Grimes. Battling zombies while taking care of his baby sister, Carl doesn’t exactly have what you would consider a normal teenage life, but Changer Riggs handles the challenges just fine. At only 16-years-old, Chandler Riggs has a current estimated worth of $2 million.

Estimated Net Worth: $10 million. It may have been her big sisters, Kim Kardashian, Khloe Kardashian, Kourtney Kardashian, and even slightly older sis Kendall Jenner, who have paved the way for little sister Kylie, but we can bet the youngest of the lot isn’t complaining one single bit. Following in her family’s famous footsteps, Kylie works hard to dominate Instagram, show off her lavish lifestyle, and has dabbled in selling her own beauty products. With more endorsements than you could imagine along with collaborations and, of course, her appearances on her family’s various reality TV programs, Kylie Jenner is only 18-years-old, but she’s already worth an estimated $10 million and that will only keep rising for the foreseeable future.

Estimated Net Worth: $12 million. Another 18-year-old on this list, Chloe Moretz is absolutely dominating the fame game. She has a long list of acting credits including The Amityville Horror (which she appeared in when she was just 8-years-old), (500) Days of Summer, Diary of a Wimpy Kid, Kick-Ass, Hugo, and Carrie, as well as 30 Rock and Desperate Housewives. She’s also taken on modelling jobs and has appeared in cover and feature shoots for publications such as Vogue, Marie Claire, and Elle. Chloe almost has a million dollars for every year of her age, she’s getting there. And with her current level of success, she’ll surely surpass her age soon while adding to her estimated net worth of an incredible $12 million.