Home » Entertainment » Movies » 11 Most Profitable Movies Of All Time 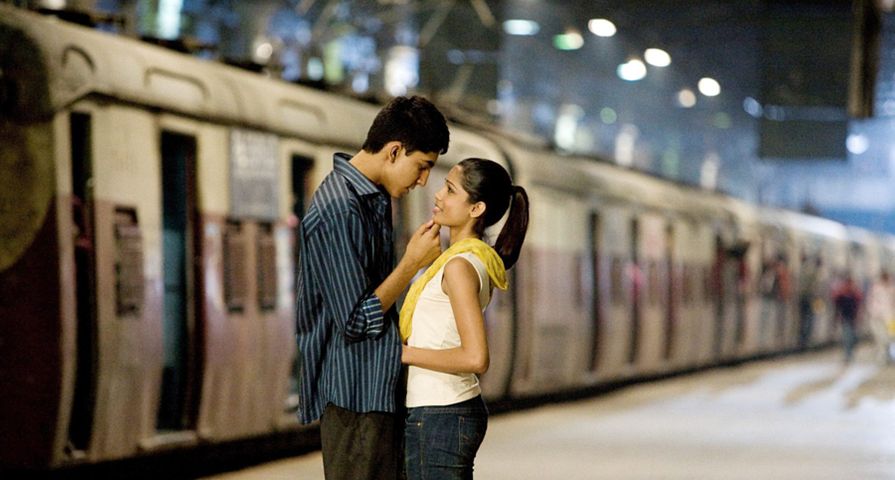 There are a couple ways to look at this at this list. We could shoot for the highest grossing films of all time, and include everything made by James Cameron, or shift to legitimate profit, and consideration of percentages based on profitability over budget. These films aren’t merely big budget blockbusters, they’re cultural events. Sure, films with budgets that are up over $100 million are built for spectacle, and they’re oftentimes forgotten, but a film made for $5 million grossing almost $370 million worldwide? That’s exceptional. Here are the 11 most profitable films of all time.

This won’t be the only film directed by Steven Spielberg on this list. It’s crazy to think the film that made Spielberg almost ended Spielberg. It was an enormous risk to shoot JAWS, and it almost cost Steven Spielberg his career. Shooting on open water in a way that had never been done before, the production fell way behind, and busted the budget at the seams. It was more of an undertaking that anyone could have imagined, but Steven continued to persevere through his sleepless nights, and take some serious directing risks while on set. He could have painted this one by number, but he opted to create a new visual language, and unique pace for film of this nature. It resulted in a 1,308 percent profit. Accounting for inflation: $471 million gross from a $34 million budget. This film made people afraid of the ocean.

Did you see this one coming? It seems people were aching for a little romance in 1990, and Ghost was a phenomenon industry insiders didn’t even predict. The film garnered impressive box office results, as well as an Oscar for Whoopi Goldberg. Breaking it down, the film was a supernatural thriller that was widely considered one of the most romantic movies ever made. Patrick Swayze and Demi Moore had couples walking out of the movie theater declaring their love for one another. And how about that scene with the potter’s wheel? Regarding the only thing the studio heads care about, let’s talk money. This Ghost was easily seen by millions upon millions, leading to a 1,446 percent profit. It operated on an inflation-adjusted budget of $35 million, and scored a gross of $506 million. It also thrust Demi Moore to the top of the A-list.

“Kevin!” Home Alone was expected to be a success. The fact that it became seasonal, box office gold didn’t really surprise anyone. Anything written by John Hughes comes with more charm than real life possibly muster–a perfect escape from reality without a complete departure from it. However, it was one of the few Hughes influenced films that geared toward the entire family. The Home Alone cast was solid, the story was great, the comedy–timeless. Why it’s so entertaining to see other human beings suffering, we’ll likely never know, but it’s big money in movies, TV and now, on YouTube. 20th Century Fox expected the film to be a moderate success, and offered it a $15 million budget (then…approximately $30 million now). Then, the unexpected happened. People fell in love with Macaulay Culkin. It went on to gross $477 million (adjusted).

8. The Passion of The Christ

There’s big money in religion. There’s something a little disturbing, and ironic about that, isn’t there? Jesus, a man who cared so little for money that he didn’t even have a residence he called home, is the subject of the eighth most profitable film of all-time. In fairness to Mel Gibson, and his $35 million (adjusted) production, it was exceptionally well done. Choosing to shoot elsewhere, and translate the script to Aramaic was a bonus. Mel did what he’s so adept at doing, and highlighted the violence associated with the death of Jesus. It was sheer brutality, and even resulted in injuries to the actor playing Jesus, Jim Caviezel. The film was box office gold. $612 million worldwide. A 1,749 percent profit. So, when is Mel making the sequel?

American Beauty welcomed Sam Mendes to the shortlist of most sought-after directors. The process by which he made American Beauty was unorthodox in the realm of filmmaking, including a longer rehearsal period in an effort to explore, and fine tune performances with his actors. The cast was full of heavy hitters, but the budget remained relatively small–those things a studio can do when a script is so good. Considering adjustment, they made the film in 1999 for a measly $20 million, and it went on to gross $356 million. It offered Kevin Spacey membership in the “Do What You Wanna Do” club, introduced us to Wes Bentley, reassured us that Annette Benning is about as close to perfect as is possible and thrust Chris Cooper into the spotlight he deserved. A little trivia: Who choreographed the cheerleader sequences? You know it. Miss Paula Abdul.

1977 was a great year. It introduced the world to a galaxy far, far away… and it raked in more cash for George Lucas than he could have imagined as a child growing up in Modesto, California. The film was an adventure people had only enjoyed in their imagination. Suddenly, it was on the screen. Adjusting the budget for sake of inflation, George and his team made this film for a minuscule $40 million. To offer scope, it was $13 million in the late 1070s. It has gone on to gross more than $775 million. Keep in mind, this is only one of six films. The seventh may shatter box office records, but it’s also operating on a $200 million budget, and Disney/LucasArts plans to spend a cool $200 million on the marketing as well. Why? It’s completely unnecessary. Everyone will be there.

This one was a bit of a surprise. Grease was certainly a hit, but who would have thought it was as big as this? The studio certainly didn’t expect it to achieve blockbuster status, but that’s precisely what it was in 1978. It was perfectly timed for people in their 20s to 40s to hit up a movie that would offer a little nostalgia. Grease was released in 1978, one year after John Travolta’s monster success in Saturday Night Fever. And it certainly didn’t hurt box office numbers by inserting Olivia Newton John into the cast. The film rolled out a monster return on investment when considering the original budget. An inflation adjusted budget of $20 million resulted in an impressive $395 million. And the film lives on… and on… and the actors say thanks, and thanks again as the residuals continue to roll in year after year.

Pretty Woman is the definitive example of a sleeper hit. Sometimes you catch lightning a bottled, and when filmmakers do, it oftentimes seems to be a romantic comedy. Julia Roberts became America’s sweetheart with her performance in Pretty Woman, and the luster of her shine: she was still undiscovered by so many movie goers. People felt like they were in on the discovery. Julia had established herself as a solid actress in other films, but Gary Marshall knew something the rest of us would soon find out: Julia Roberts was cinematic magic, and she could carry a big feature film. The chemistry between Julia and Richard Gere was electric, and it translated to a second marketing campaign after the initial push pre-release. Bottom line: $23 million budget; $463 million gross. That equates to a profit twenty times over budget. How often does that happen? Only three other times.

And every once in awhile, along comes a low budget film that possesses more power than can be possibly be contained by a box office. Danny Boyle solidified his indelible mark in cinematic history when he took the reins of the incomparable Slumdog Millionaire. The marketing budget for this gem was next to nothing, and like the greatest of things, it relied on word of mouth to fill theater seats. This phenomenon may have been one of the last of its kind… but let’s hope not. The $15 million budget translated to an eventual $378 million gross, and launched the careers of Dev Patel and the gorgeous Freida Pinto. The Academy of Arts and Sciences ensured Slumdog Millionaire‘s place in history, nominating the film for 10 Oscars. It won eight, including Best Picture. As the film beautifully stated: some things are just meant to be.

E.T. wasn’t just a movie; it was a thing. It was bigger than big. Considering how few screens were available for movie releases in 1982, it gives one cause for pause: how could this film be the second most profitable of all-time, being over 30 years old?  If you’re old enough to have experienced it, you know exactly why. As stated: it was more than a movie; it was a thing. The sweeping John Williams score, the suggestion that other beings from beyond our existential understanding also understood love, compassion, friendship… and the kids. Steven Spielberg defied industry standards again, and built a film around a bunch of kids, and an alien puppet creation. It was a bummer for LucasArts to jazz up E.T.’s face for the 20th anniversary, but the charm of this one is still undeniable. $25 million invested; $793 million returned.

Who’d have thought a film based on a one-woman theatrical show would result in the most profitable film of all time. My Big, Fat Greek Wedding was written by, and starred Nia Vardalos, a relative unknown who caught the eye of fellow Greek, Rita Wilson, and Rita’s husband, Tom Hanks. They saw a diamond in the rough with Nia’s autobiographical revisionist history, and they helped Nia score a cool $5 million to shoot the film. By today’s standards, it’d be about $6 million. Either way, it went on to gross over $369 million–a most impressive ROI. Over 60 times, as a matter of fact. The film’s success also translated to steady work for Nia, and in 2016, we’ll be privy to the sequel, My Big, Fat Greek Wedding 2. At present, it’s scheduled to open against Batman v Superman: Dawn of Justice.