11 Country Music Stars Who Died Before Their Time 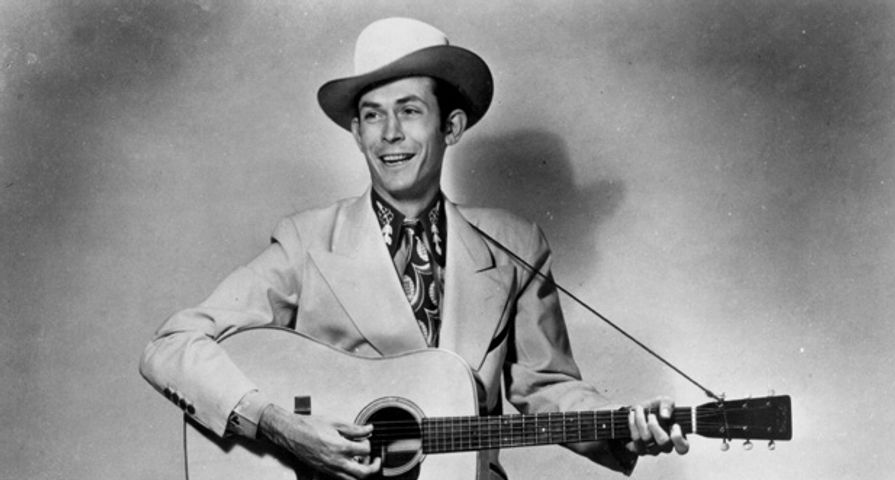 Country music is an everlasting genre. Unlike other musical styles that see a turnover of the “biggest stars” every year or so, country music legends make their mark and their music lives on, which is especially important when it comes to the stars who were lost too young. Terrible accidents, illness and personal battles have all claimed lives. In fact, it has happened to these 11 country music stars who died before their time. Check it out:

Gram Parsons became interested in country music in the late 60s while at Harvard and afterwards became a member of The Byrds and settled in as a country-rock artist, but his career came to an end much too soon. Before a sheduled tour was to begin in 1973, Parsons decided to take a trip to his favorite place, Joshua Tree National Park; however, two days after arriving he was found unresponsive in his hotel room. He was pronounced dead on September 19, 1973 at only 26 years old after ingesting a lethal mix of morphine and alcohol.

In 1974, John Denver was America’s best-selling performer, and although he didn’t limit himself to one genre, he did find himself on country and western charts a time or two. He is well known in country circles for his hits like “Rocky Mountain High,” “Take Me Home, Country Roads,” and “Thank God I’m a Country Boy.” Unfortunately in October 1997, he died while piloting his experimental Adrian Davis Long-EZ plane, after a series of touch-and-go landings, Denver’s plane crashed into Monterey Bay; he was only 53 years old.

A series of unfortunate incidents led to the untimely death of one of country music’s most influential female stars, Dottie West. She had a stellar career which included hits such as “Here Comes My Baby Back Again,” “Country Sunshine,” and “A Lesson in Leavin,'” as well as her mega-hit duets with Kenny Rogers. Who knows where her career would have gone had she not died in a tragic car accident in August, 1991. West was supposed to perform at the Grand Ole Opry; however, while on her way, her car broke down, which led to her 81-year-old neighbor offering to drive her to to her performance. Because she did not want to be late she urged her neighbor to drive quickly which resulted in the pair going airborne on a highway exit ramp and crashing into the division. At the time, West seemed fine and asked responders to take care of her neighbor first, but as it turns out, she had suffered a ruptured spleen and a lacerated liver requiring various surgeries, and on September 4, West died on the operating table of her third surgery. She was only 58.

Keith Whitley was just on his way to superstardom when it all came crashing down with his tragic death. In 1988, Whitley saw all three of his first singles off of his album Don’t Close Your Eyes go to number one and was newly married to fellow country star Lorrie Morgan. Behind the scenes of his success, however, Whitley was battling a long fight with alcoholism, and on May 9, 1989, his brother-in-law found Whitley face down on his bed unresponsive. His official cause of death was alcohol poisoning with the coroner stating his blood alcohol level was .47. Whitley was only 33.

Eddie Rabbit became well known in the music industry after writing hits, such as Elvis Presley’s “Kentucky Rain” and Ronnie Milsap’s “Pure Love.” It didn’t take long for him to have huge success writing and performing his own hits such as “I Love a Rainy Night,” and “Drivin’ My Life Away.” He released his last album in 1997, and sadly in May 1998, he passed away at the age of 56 after a secret battle with lung cancer. Rabbitt had hid the diagnosis from many, including, his manager and the public did not even find out about his death until after his funeral was over.

Tammy Wynette is widely regarded as the First Lady of Country Music and as one of the genre’s best-known female artist as well as one of the highest-selling while setting the stage for female country singers yet to come. Although her career saw major success, she also battle many health issues beginning at a young age and over the course of her life underwent 26 major surgeries. Following her many ailments and hospitalizations, Wynette became addicted to pain mediation and on April 6, 1998, Wynette died while sleeping on her couch; she was only 55. At the time it was announced she died from a blood clot in her lung, but after a dispute about her death, her body was exhumed and a new autopsy concluded she died from cardiac arrhythmia.

Gentleman Jim was a fixture in the country music world from the 1950s until well past his death into the ’80s. His first number one song was in 1953 with “Mexican Joe” and had an incredible 46 songs on the Billboard charts before his tragic death. At only 40 years old, and still in the peak of his career, Reeves and his business partner/manager Dean Manuel died while flying to Nashville in a single-engine aircraft piloted by Reeves. According to reports, Reeves and Manuel encountered a violent thunderstorm over Brentwood, Tennesse, and while trying to get out of the storm and flying low enough for ground references, their airspeed became too low and the aircraft stalled. Both men’s bodies were found inside the wreckage. After his death, his widow was able to continue working with Reeves’ record label which resulted in the singer hitting 33 more hits after his death in posthumously released music.

Mindy McCready had one of the saddest life stories in the country world in recent years. She intially rose to fame in the 1990s with hits like “Guys Do It All the Time” and “Ten Thousand Angels,” and while she was living the high life in the spotlight, her personal life was marked by many issues. Quickly her personal life began to dominate the headlines instead of her music due to a publicized abusive relationship, a custody battle and many legal and drug problems. Over the years, McCready attempted suicide multiple times and on February 17, 2013 a year after the birth of her second son, she died from a self-inflicted gunshot wound at the age of 37. McCready shot herself on her porch, the same place her youngest son’s father David Wilson was found dead only a month earlier from his own self-inflicted gunshot wound.

Patsy Cline is one of the most well-known names in the music industry, and there is no telling where her stardom could have reached had she not died tragically at the age of 30. She was one of the first country music women to “crossover” into pop and had unending success, and had already placed nine singles on music charts before her death. On March 5, 1963 Cline died in a plane crash after her flight was faced with a severe storm, and like Reeves’ plane crash, the pilot was not trained in instrument flying and also tried to use visual ground references to land the plane which resulted in the crash. Also like Jim Reeves, Cline’s label continued to put out her music following her death which resulted in several more chart entries and a posthumous induction into the Country Music Hall of Fame.

Conway Twitty has had a lasting influence on country music, even though he passed away at only 59. He is best known for his hits “Hello Darlin'” and “Don’t Call Him a Cowboy,” the latter of which was his 50th single to reach number one on the charts. In June 1993, Twitty fell ill after performing in Missouri and collapsed on his tour bus shortly after and was rushed to the hospital. He died the next day from an abdominal aortic aneurysm, two months before the release of his last studio album.

Hank Williams Sr. passed away at the tender age of 29, yet his name and music lives as the story of a country music legend. Incredibly, by the time of his death, Williams already had 33 of his songs hit the charts, but his downfall started way before his death. Williams was born with spina bofida occulta, which resulted in an addiction to pain killers and a battle with alcoholism. Williams died at 29 while he was being driven to Canton, Ohio for his next performance. During the drive, Williams’ driver, Charles Carr, had to request a doctor for the singer at a hotel they stopped at in Tennessee after he had taken chloral hydrate and alcohol and was not feeling well. Although Williams was not feeling better, they set off again, and in Virgina, Carr asked Williams if he wanted anything to eat and he said he didn’t, and it wasn’t until Carr stopped for fuel in West Virgina did he realize Williams was dead in the backseat. The autopsy determined the singer had died from “insufficiency of the right ventricle of the heart.”