10 Worst Young And The Restless Actors 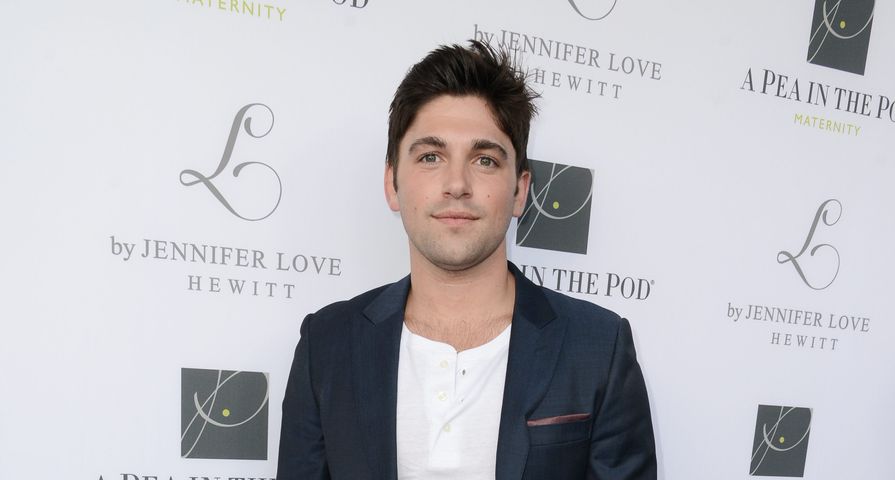 Popular daytime soap opera The Young and the Restless (Y&R) has seen some pretty incredible talents over the years. Jessica Collins (former Avery), Eric Braeden (Victor) and Peter Bergman (Jack) are just a few Daytime Emmy winners that have graced Genoa City and been acknowledged for their incredible efforts. There have also been some not-so-great talents over the years. Below is a list of the ten worst Y&R actors to perform on the show.

Tatyana Ali is probably best known for playing Ashley Banks, Will Smith’s youngest cousin, on the hit sitcom, The Fresh Prince of Bel Air from 1990 to 1996. Fans of Y&R were surprised when the child actor appeared on the soap as Roxanne, Devon Hamilton’s girlfriend, in 2007. She played a recurring role on the show and while her character lacked air time and depth, the viewers didn’t even really know her last name. Tatyana didn’t exactly nail the part either. Perhaps she is better off in the world of comedy and not soap operas.

Cady McClain can be considered a daytime soap veteran, performing in All My Children and As The World Turns, before she was recast as Kelly Andrews in the Y&R in 2014. She even has two Daytime Emmys under her belt, one she was awarded in 1990 as Outstanding Younger Actress and another that she received in 2004 for Outstanding Supporting Actress. Accolades aside, Cady McClain simply did not do her best acting the year she resided in Genoa City, which makes it no surprise that the Kelly character was killed off one year later.

A little bit of link between this worst actors list with Cady McCain and David Tom. Tom may have played the original Billy Abbott in 1999, but when he re-entered that role in 2014, it was an epic fail. So much so that a mere four months after re-uniting with his cast mates on the Y&R, Tom was fired from the job. Reasoning? Tom noted in an interview that producers felt he looked too young side-by-side with somewhat love interest Kelly Andrews (played by McCain), but who knows! It could have been because of poor acting or just not nailing the evolved role.

While on the subject of Billy Abbott, the recast after David Tom didn’t fair too well either. Burgess Jenkins stepped into the role of Abbott in 2014 and while he lasted longer than Tom, he really didn’t nail the role. Call it bad acting, call it not really feeling the part, or capturing the true essence of Billy Abbott. Jenkins simply lacked the charism to play Billy and didn’t seem to have onscreen chemistry with any of the women Billy was attached to. As such, Jenkins exited the role in 2016 and Jason Thompson was recast as Billy, the third actor to play the part since Billy Miller left the show in 2014.

Hilary Curtis has walked a fine line between good and evil since the day she entered Genoa City back in 2013. Sadly, even when she is supposed to be sweet, innocent, and pure-hearted, she still seems like she’s up to no good. Perhaps it’s because her character is always flip flopping between being a genuine person and a schemer that has audiences so confused … or could just be poor acting, and her inability to truly play what a character is feeling at any given time.

Kate Linder has had a recurring role within Y&R, playing the loveable Esther Valentine since 1982. While Esther rarely gets embroiled into storylines, she has been able to provide some comedic relief, as not only a confidant to Katherine Chancellor, but also the mother of Chloe Mitchell. While well-loved by fans and somewhat a staple on the show, its undeniable how one-dimensional the Esther character is and how Linder is limited when it comes to digging deep and exploring other facets of the role.

Who doesn’t love Noah Newman? While fans may adore Nick Newman’s only son, as the character clearly has grown into a ‘good guy’ like his father – does anyone take him seriously? Robert Adamson stepped into the role of Noah in 2012 and has played a very shallow version of Noah over the years. In many ways, the audience wonders if the kid will ever grow up. Since it was mentioned in 2013 that Noah was 23 at that time, he should be really 26, yet still acts very much like a teenager, thanks to Adamson’s portrayal. It was hard to believe he would even survive in the corporate world at Newman Enterprises and how he snagged a girl like Marissa is still shocking.

Melissa Ordway has certainly improved over the years since first stepping into the role of Abby Newman in 2013. She initially played Abby as very one-sided character, and as the months have become years, Ordway seems to be moving in the right direction when it comes evolving Abby. Unfortunately, she hasn’t quite gotten there…yet. Her current storyline around being the stepmom to demon child Max is both intriguing and entertaining. Still, while Abby is slowly moving away from teenage drama into more of an adult, Ordway still doesn’t quite hit the mark.

Thanks to soap opera rapid aging syndrome (SORAS), Max Ehrich entered the role of Finn Baldwin in 2012. Daytime television can be an excellent way for young actors to get their feet wet, but Ehrich’s portrayal of Finn remains one dimensional, and the character all-around continues to come off as a teeny bopper who is young and confused. It was said that 2013 Finn was around 18-years-old, which would make in 21 years of age now (or about that), yet Ehrich still plays the Finn like he is 15. The character seemingly hasn’t even had a real girlfriend over the years, except for fantasizing about Summer Newman. We don’t see that much of Finn, really. But, could it be the character, or just bad acting from the actor that limits Finn’s air time?

The best of Y&R’s worst has to be Hunter King. There’s a reason why Mariah Copeland has referred to Summer as ‘Snowflake,’ and that’s because Summer plays one role: innocent, unknowing, victim. Sadly, despite the fact that she is the daughter of one of the smartest women in Genoa City, Summer is not too bright, or maybe that is just how Hunter plays her. She seemingly only has one look when it comes to any situation and that’s confused. Which is unfortunately, as the Summer character has really been thrusted into the spotlight as it relates to the Newman Family drama and has become a pivotal player within Y&R storylines.