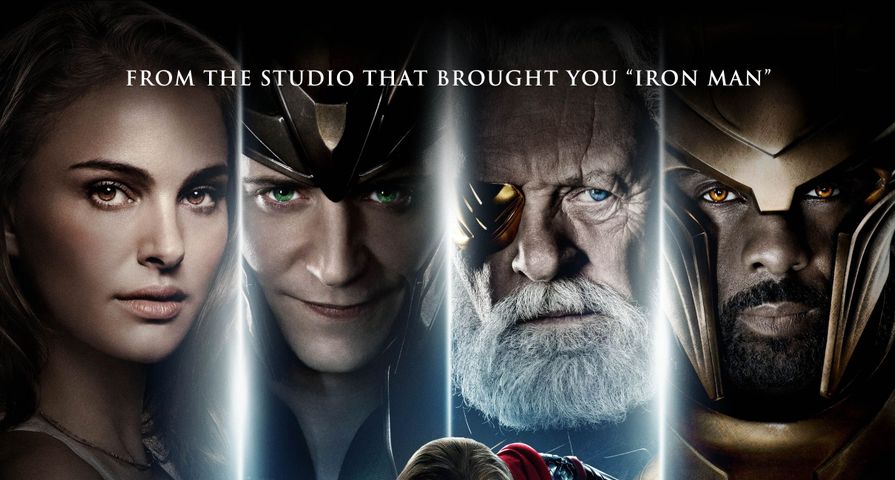 The Marvel Cinematic Universe is the biggest and most prolific movie franchise right now with an incredible turnout of 10 films in just over 6 years, with no signs of letting up. The most impressive thing about this franchise is that there has not been one dud in the bunch; some films have definitely been better than others, sure, but there has not been a single outright failure, commercially or critically. As time goes on, this impeccable track record will only be more difficult to maintain. As with anything, there is always room for improvement. After making a big announcement which included plans for ten new films into 2019 and if Marvel wants to continue to remain as dominant as they are right now, they would do well to fix some minor issues with their film franchise that have popped up so far. Here are 10 ways Marvel can make their movies even better.

Recently, rumors have been circling that Marvel is making plans to either get the Spider-Man film rights back from Sony, who currently owns them, or at least arrange a deal that allows them to feature the character in some sort of crossover film in the future. While there has been no confirmation one way or the other from either camp yet, this is a potentially exciting development. As much as Marvel is doing fine without Spider-Man, having one of their best and most popular characters in the stable would only enhance Marvel’s film universe. The light, humorous tone of their films are a perfect match for the quick-witted character and an Avengers film featuring the wall-crawler is a dream shared by many comic book fans.

It’s no secret that women make up over 50% of all moviegoers. Knowing this, it’s strange that a company as successful and seemingly on-point as Marvel has a severe underrepresentation problem when it comes women in their films. The next Avengers film, Age of Ultron, has around 10 superheroes in its roster…and only 2 of them are women. Women are almost always relegated to support roles, like Scarlet Johansson’s Black Widow in the most recent Captain America film (in her defense, she almost stole that film). Marvel did make the big announcement that they will have a female superhero based film for Capatin Marvel/ Carol Danvers set for a 2018 release. They must know that it’s reductive to still cling to a “boys club” mentality and a film studio as on-the-ball as Marvel should be spearheading the drive to increase female representation in popular movies.

Marvel and their Disney overlords are the most profitable brand in Hollywood right now. Their films have earned a staggering $6 billion and counting. It might come as a surprise then to learn that Marvel is also one of the cheapest studios around. Marvel CEO Isaac “Ike” Perlmutter is infamous in Hollywood circles for his insistence on running a tight ship with strict measures on creative control and expenses. Granted, this unpopular business style has netted the company some fantastic results. Unfortunately, it’s also led to a lot of behind-the-scenes turmoil, most recently with popular director Edgar Wright leaving the Ant-Man movie because of Marvel’s tight creative control polices. Simply put, Marvel needs to loosen its iron-fisted grip a bit and embrace the talent it hires, rather than hindering them.

When it comes to Marvel’s films released-to-date, it’s pretty clear that the villains have been given short shrift in comparison to the superheroes. Of course, it’s perfectly fine to place the primary focus on the good guys, since these movies belong to these characters. However, Marvel’s films could benefit from a little more focus and development placed on their villains. So far, only Tom Hiddleston’s Loki has been given any real character development (it also helps that he has been featured in 3 films so far). Loki is the exception to the rule though, as many other villains have not lived up to their potential. One especially disappointing example is Hugo Weaving’s Red Skull in the 1stCaptain American movie. Weaving gave it his all but there was just not enough focus or screen time dedicated to his character. If Marvel wants to keep engaging its massive audiences, the company should look at expanding the roles of its villains.

Marvel has done a pretty good job of offering up a stable of different characters with their own unique films and concept. The problem is that all of these films have a distinct sense of déjà vu when it comes to their 3rd acts. While the situations are different, almost every Marvel film so far has a finale that devolves into an explosion-heavy extravaganza. Marvel had 2 completely different films this year – The Winter Soldier and Guardians of the Galaxy. The problem is, both films share very similar final acts:  big air battles in which a bunch of aircraft blow up. This structure is a proven model, but it would be refreshing to see Marvel do something new for their finales, or at the very least make them feel different from one another. Blockbuster action movies such as these practically demand a final battle take place, but why not a more intimate battle between the main characters instead of a computer-generated army of nameless aliens?

Marvel’s current domination of the box office is a direct result of the strength of their first universe-building film, 2008’s Iron Man. Ever since, the character and Robert Downey Jr., the actor playing him, have become synonymous with the Marvel brand. The problem is that the Marvel franchise relies too heavily on Downey and Iron Man, to the point where the character has become a bit grating. This has more to do with Downey’s performance, which shifts frequently from being great to being too showy and cartoony. The actor has a penchant for rapid-fire, humorous dialogue that tends to dominate everything else around it. When Downey reigns himself in, his performance is often much better and can be taken more seriously. Iron Man will definitely not be going away anytime soon (it’s actually just been announced that he will co-star in Captain America 3), but a less-dominant Iron Man could allow other characters to share the spotlight.

The Avengers was a hit on almost every level, but one character who missed the mark (pun intended) was Jeremy Renner’s Hawkeye. With no lead-in movie like most of the other characters, Clint Barton, aka Hawkeye, wasn’t given enough time to develop. Now, this very well may change with next year’s Age of Ultron but as of right now, Hawkeye is kind of a dud. That’s a shame because Hawkeye is the focus of one of the most brilliant arcs in all of comics right now. The current series is being written by Matt Fraction, who has focused his story on Hawkeye’s time away from the Avengers. It’s smart, cool, funny, and as well-written as comics get. A Hawkeye standalone film based on Fraction’s comic run would instantly make Hawkeye the coolest character in Marvel’s arsenal.

3. Increase the Stakes…to a Degree

Marvel’s heroes can’t die – this is the unwritten rule underlying every film they have put out to date. There are rumors suggesting that Captain America could die in Captain America 3, which is not exactly a shocking revelation for anyone familiar with the comics, but on-screen something as dramatic as a major character death could really elevate the overall film franchise. Right now, it never feels like the good guys are ever in any real danger, which is a problem because it decreases the stakes of the storytelling. If the heroes are basically invincible and the audience is aware of this, they will start caring less about what is going on. Obviously, killing off a major character is always a risk because it limits what can be done with that character in the future. Then again, comics routinely bring their characters back from the dead in ingenious ways, so the movies could do the same thing.

One particular area where these films have continually fallen short is in the musical department. When one thinks of the most iconic superhero film scores, John William’s famous Superman theme and Hans Zimmer’s work on Christopher Nolan’s Dark Knight Trilogy immediately spring to mind. The problem is, those are DC films. Marvel, for whatever reason, has not hired the right talent to compose memorable music for their films. The music has been serviceable, particularly Alan Silvestri’s suitably rousing work on The Avengers, but there has been nothing so far that has come close to touching Williams or Zimmer. It would be great to see Marvel make more of an effort in the music department for their upcoming films, especially if they went ahead and hired a top ranking composer like DC has with their films.

1. Continue Pushing for the Right Tone

One of the most impressive things about the films in the Marvel Cinematic Universe is that they frequently hit the right tone, which is a very difficult thing to do with superhero movies. Adding to this is the fact that different genres have been used with different characters to great effect. Captain America: The Winter Soldier was a spy-thriller, while Guardians of the Galaxy was a joke-heavy space opera. Understanding their characters is one of the reasons Marvel has had so much success so far and it is something they need to keep pushing for in order to stay on top. Last year’s Thor: The Dark World had the right idea with being a fantasy film, since this fits with the mythic qualities of the Thor character, but the movie misfired by relying on too many lame jokes. These films need to embrace a little more darkness sometimes in order to stay grounded and relatable.