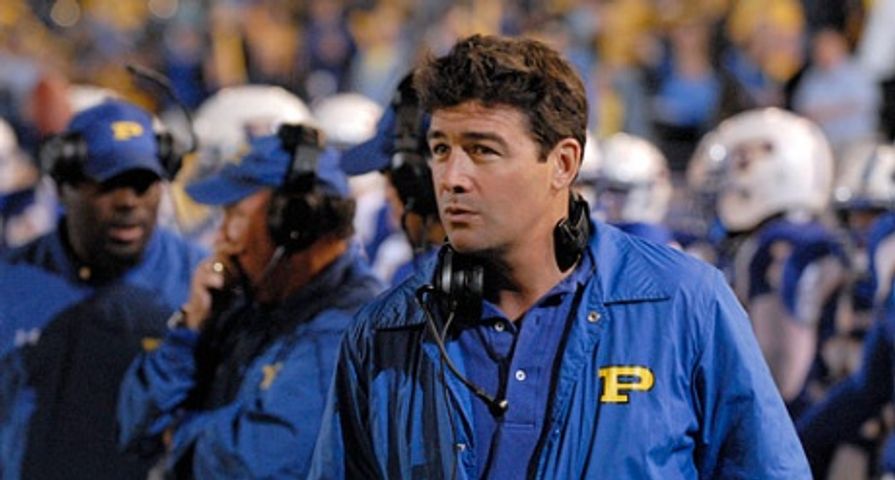 Friday Night Lights has forever been entrenched in the hearts of its fans everywhere even though it had a rough time staying on TV before being officially canceled after its fifth season. Regardless, the show definitely has a dedicated fanbase and for good reason, it was a great series and much different, and in many ways superior, to the usual “teenage dramas” on television. A lot developed on the show quickly thanks to a great story and unfortunately a short run which means there was a lot of action and characters to keep track of and probably some behind the scenes information you missed.

10. In a life imitating art, or, art imitating life situation, the show’s star Taylor Kitsch was once homeless like his character Tim Riggins. Kitsch says he would stay with a friend for awhile and then move on to another place, basically couch-surfing for a period of time in his life.

9. The show’s creator Peter Berg initially felt that Kyle Chandler wasn’t the right fit for the part of Coach Eric Taylor (WHAT!?). Berg apparently thought Chandler was “too good-looking” and not rugged enough for the role, luckily Chandler proved him wrong when he showed up for their first meeting on a motorcycle and “clearly hungover.” Thank goodness!

8. Before the 2004 film and the show we all know and love based on Buzz Bissnger’s novel “Friday Night Lights”, NBC previously attempted to get the rights to it to do a show. They ended up doing a similar series called Against the Grain in 1993 and it starred none other than Ben Affleck as the star QB, however it only lasted one season.

7. Kyle Chandler and Connie Britton (Tami Taylor) went on a road trip to get to know each other before playing a married couple on-screen. Apparently many feared they would be having an affair by the time they came back and although they weren’t, their chemistry was so real and quick people once again thought they were having an affair. Hardly though as Kyle Chandler refused to do a sex scene with Britton in Season 1, Episode 2 because he was so uncomfortable and they never had a sex scene for the rest of the series.

6. Injuries and sickness plagued the set. The Riggins house was actually as bad as it looked and was full of mold that made Kitsch so sick a doctor was called in who advised them to stop filming there. Scott Porter (Jason Street) also accidentally broke a cameraperson’s foot when he hit her with a bench but she continued to shoot the scene. And do you remember Buddy Jr. played by Jeff Rosick? Well as it turns out he was supposed to be a really good football player and his on-screen injury had to be written in after one of the lineman jumped on his ankle while shooting a scene, actually tearing Rosick’s achilles tendon.

5. According to Zach Gilford who played Matt Saracen, the reason his face isn’t shown in a lot of the scenes he has with his on-screen best friend Landry Clarke played by Jesse Plemons is because Plemons was so funny, Gilford couldn’t stop himself from laughing no matter what he did.

4. Due to Lindsay Lohan’s popularity at the time she was actually slated to portray Tyra Collette. Thankfully Lohan declined the part and Adrianne Palicki was cast instead. Can you imagine having to watch Kitsch and Lohan on screen together? As well, Minka Kelly originally auditioned for the role of Tyra but she was deemed “too sweet” and a better fit for Lyla Garrity.

3. Jesse Plemons (Landry) and Scott Porter (Street) never actually spoke one line to each other in the entire show! The closest they got is the one time Street attends a Crucifictorious concert, but what is even more strange is that the two are really good friends in real life and even now do not live far from each other in L.A.

2. The bromance between Riggins and Street was so real that it took the actors 25 minutes to be able to pull it together enough to film saying goodbye in the New York episode. Taylor started crying first which then made Scott cry and so they could only hold it together for long enough to film one take before totally losing it.

1. As we all know, going into Season 4 Coach Taylor left the Dillon Panthers and became the coach of the East Dillon Lions which essentially meant a whole new cast of characters as several regulars dropped back to only appearing in a few episodes. Since Riggins (Kitsch) was one of the only regulars to stay on, every actor who auditioned to be a new character had to read with Kitsch and if they could keep up with Riggins, they got the part.