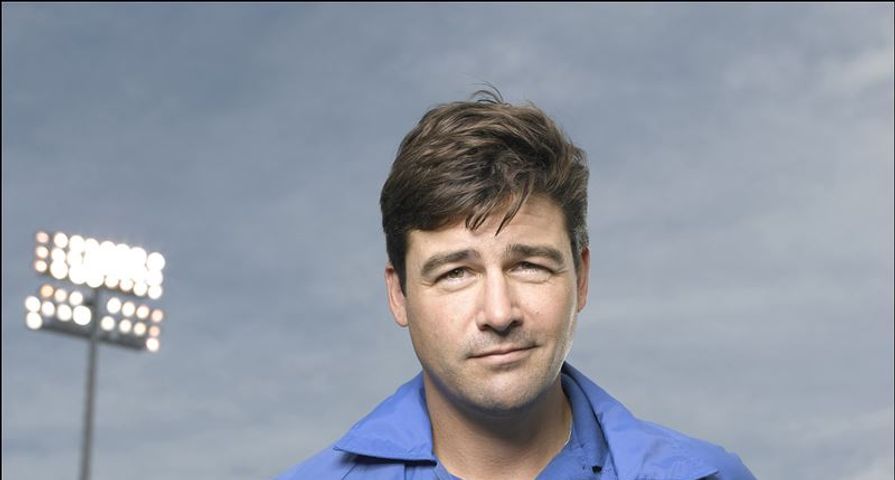 Friday Night Lights was a hard show to catch on to because of low viewer ratings, which caused a switch in networks and constant threat of cancellation, but fans who stuck through the show know it gave us one of television’s best characters, Coach Eric Taylor. Kyle Chandler made Eric Taylor much more than just another character on a show, and while the show as a whole may have struggled, it was not for lack of quality thanks to the realness of characters and the energy the actors put in them. In 2011 Chandler won the Primetime Emmy for Outstanding Lead Actor in a Drama Series and for good reason, he was amazing. Over the course of five seasons, Coach Taylor shared some of the best life advice and was the best coach, husband and father imaginable, and here are 10 of his best moments on Friday Night Lights.

Coach Eric Taylor never had time for people not saying what they mean and his straightforward nature made some things awkward, especially when his daughter was dating his team’s quarterback, Matt Saracen. This also led to some hilarious interactions, including a grammar lesson for Matt.

Before Matt and Julie became serious, Coach Taylor really didn’t seem to think too much of it, and in fact was just happy her romantic interests didn’t lay elsewhere.

Tami Taylor: “Well, I’m just saying, I think it’s becoming a thing. And you know what thing it is? It’s that think that we always knew was gonna happen to our little girl. It’s that think. That thing is happening now!”
Coach: “At least she’s not interested in a serial killer…or one of the Riggins.”

Through his career, Coach Taylor had to deal with difficult kids who had their own difficult situations, but somehow he always knew how to get through to them.

Coach Taylor firmly believed you have to work hard and earn your way, something he impressed upon his players, especially after they became complacent.

While Coach Taylor showed a lot of tough love to his team, he was usually more sensitive when it came to his daughter, Julie Taylor. Some topics, however, need a straightforward delivery, and Eric Taylor will always tell you like it is.

5. Any Moment With Tami

Tami: “Honey, are you jealous?”
Coach: “No I’m not jealous. I’m just asking a question.”
Tami: “That is adorable that you’re jealous.”
Coach: “You like that?”

As a coach, Eric Taylor prided himself in forming his players into proper men, not just proper football players and as such, looked beyond simply winning and losing and always found an opportunity to offer words of wisdom.

Coach: Every man at some point is gonna lose a battle. He’s gonna fight and he’s gonna lose. But what makes him a man, is that in the midst of that battle he does not lose himself.”

Dealing with Tim Riggins was particularly difficult for Coach Taylor, but he always knew how to help him in the best way possible, and what to say, especially following Riggins’ best friend Jason Street’s terrible accident on the field.

Coach: “It was an accident. It was not your fault. Look at me. I want you to let yourself off the hook, son.”

One of the most perfectly scripted and acted episodes in the whole series was the season four episode, “The Son.” Both Zach Gilford and Kyle Chandler gave incredible performances, and one scene in particular is without a doubt one of the best moments for each character.

Of course, there is the everlasting line that has stuck with fans forever.