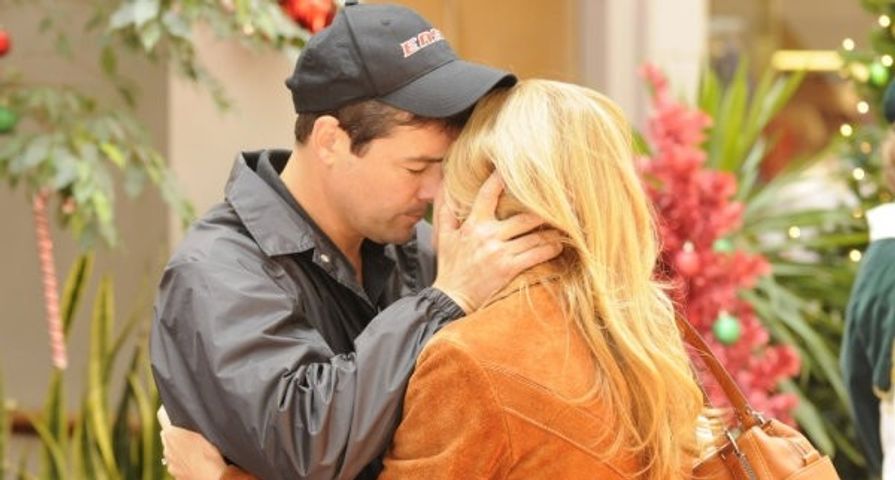 NBC’s critically acclaimed series Friday Night Lights was about a lot of things: classism, racism, teamwork and the power of sports to unite. But, at its heart, it was a show about human relationships. There were a number of couples throughout the show’s five seasons that illustrated how people navigate their relationships, the obstacles they have to overcome and the obstacles that ultimately destroy them. Here are the 10 best couples we saw in the small town of Dillon, Texas.

The first episode began with the most cliche scenario. The beautiful cheerleader was the most popular girl in school and the star quarterback, the most popular boy in school were dating. How perfect. But just as fast as the show raised those idyllic, stereotypical expectations, it pulled the rug from under us, making Jason a paraplegic, which eventually seriously damaged and ultimately destroyed their relationship. After Street’s injury, they both had affairs and that was the end of that. To Lyla’s credit, she tried really hard after the injury to sustain the relationship. Probably harder than Jason did to be honest. But she also hooked up with his best friend, Tim Riggins, pretty quickly. So the end of this relationship was a two-way – er – street.

When we first met Becky, she was the teenage daughter of one of Tim Riggins’ one-night stands. But she quickly developed a crush on him herself – a pretty big one that was unrequited. Meanwhile, Luke developed a crush on Becky, who finally agreed to go out with him. Let’s just say the two kids got a little carried away on their first date… because next thing we knew, Becky’s got a bun in the oven. That led to a dramatic abortion storyline, which, in turn, led to their relationship flaming out before it ever really got started. But the next season, she was appointed Luke’s rally girl and it was clear that the two were meant to be together – and they did get back together, despite Luke listening to Billy Riggins’ horrible dating advice.

We had to include at least one bromance on this list and the duo of Matt and Landry narrowly edge out Street and Riggins. After all, we’re talking about chemistry here, and there was simply a lot more of that between Matt and Landry than there was between seven and 33. Sure, Street and Riggins had their jockey charm, but Matt and Landry were truly best friends, always there for each other. During the first season, Landry supported Matt when he was struggling with being thrust into the spotlight as the starting quarterback. Landry was there for Matt when he needed help with Grandma Saracen. Okay, maybe this relationship was a little one-sided, but they truly were friends for life.

When we first met these two, Vince appeared to be headed for a life in and out of the correctional system, while Jess had been forced to be mature beyond her years, helping raise her little brothers while working at the family restaurant. She was determined to work hard to get what she wanted out of life, while Vince seemed more interested in shortcuts. Maybe Jess needed to let go a little and maybe Vince needed a bit (well, a lot) more structure and support in his life. Football helped him with that, but so did Jess, so they were kind of perfect for each other. There’s an undeniable spark between them and they cared about each other so deeply it led to fireworks of all kinds, from screaming matches to… those things people who love each other like to do together.

Those Riggins boys and those Collette girls, never a dull moment with them! Long after their younger siblings got together, along came these two. Would it be awful to say that despite being the older siblings, they’re also the lesser siblings? Yeah, that’s probably an awful thing to say, but you know you thought it, too. It’s just clear that these two had less going for them than anyone else, but despite both being a little hot-headed and Billy constantly making horrible decisions, they worked well together. In fact, in their own way they may have been the most stable couple on the show after the Taylors. Plus, they had a kid to bind them together. In a lot of ways, they were meant for comic relief – especially Billy – but in the end, they stuck together.

On paper, these two were definitely an unlikely pair. She was kind of a bad girl (albeit a complicated, quick-witted and good-hearted bad girl) while he was a geeky math whiz. But Landry had it bad for the tall, sultry Texan. During season two, he managed to get a tutoring gig with her, teaching her math skills while he turned on the charm. As much as he was geeky, he was also charming and funny, and she could see it – she just wasn’t ready to start a relationship with him. It wasn’t until she was caught in a serious encounter, nearly being raped and Landry came to her rescue accidentally killing her attacker. This secret created a bond that ultimately turned into a relationship, such as it was. She had real feelings for him, but things kept getting in the way, from Landry’s dad (shame on him, seriously) to some cowboy named Cash to another girl in Landry’s life.

After Jason Street was confined to a wheelchair, his best friend Tim and his best girl Lyla initially had very different ways of dealing with it. Tim ignored his poor, suffering pal while Lyla was there with him every chance she got. But ultimately, the stress got to both of them and they dealt with it the same way: together. Together together. Talk about adding insult to injury for poor Street. Guilt got in the way of this affair, so it didn’t last long, but by season three, a real relationship blossomed between the two. It turned out to be a great thing for both of them. He did a lot of maturing during their time together, and he supported her through some tough times. And, most significantly, despite their love, he convinced her to go to Vanderbilt over staying with him. Where there is true sacrifice, there is true love. Oh shucks, how cute.

Julie was raised by parents who had the best, strongest relationship on the show, so she should be totally well-adjusted and perfect at navigating her way through a relationship. Right? Of course not. Life doesn’t work that way. After all, she was a teenage girl and Saracen for all his shy sensitivity was a teenage boy. But one of the main themes of the show was dealing with all that – all that “growing up” business. And these two did, slowly but surely. It was fun (okay, sometimes frustrating, too), to watch these two go from Matt’s unrequited crush, to being a couple, to Matt dealing with the fallout from Coach that came with dating his daughter, to breaking up and seeing other people, to getting back together, to Matt running off to Chicago to find himself, to Matt finally proposing and the two presumably living happily ever after.

As the series began, Tim and Tyra were together. Every high school has that bad-boy/bad-girl couple, and Tim and Tyra were it at Dillon High. These two were more rebellious than they were anything else and weren’t necessarily troublemakers, but simply kids from broken homes who weren’t about to be pushed around and had the freedom to do what they wanted when they wanted. While they weren’t meant to be and didn’t last long – they both had a lot of growing up to do over the course of the series – and boy, did they look good together. In the end, all their history and somewhat similar personalities meshed well together and all the maturing they did over the years, seemed to forge a lasting bond. They shared an amazing scene together in the finale on Tim’s land, toasting their beers to the more promising future each of them can now see, having overcome so many obstacles. Will that future be together? Who knows?

Coach and Mrs. Coach were clearly the “everything” of this show: the moral and emotional compass, psychological and narrative center to the overall plot. This wouldn’t have been possible without the chemistry oozing between actors Kyle Chandler and Connie Britton. And what made them the perfect couple on this show is that they weren’t perfect. Especially Coach, who could be hot-headed and selfish at times, but he always came around. The Taylors had a time-tested relationship, and a big part of the reason they lasted so long was because they worked on it and we got to see them working on it all the time. They got through things together with respect and humor. Even when weirdo teacher Glen kissed Tami, they turned it into a joke. With so many rocky relationships on the show, the other characters needed the Taylors’ example to show what can happen when you find the right person and work to keep your relationship strong.