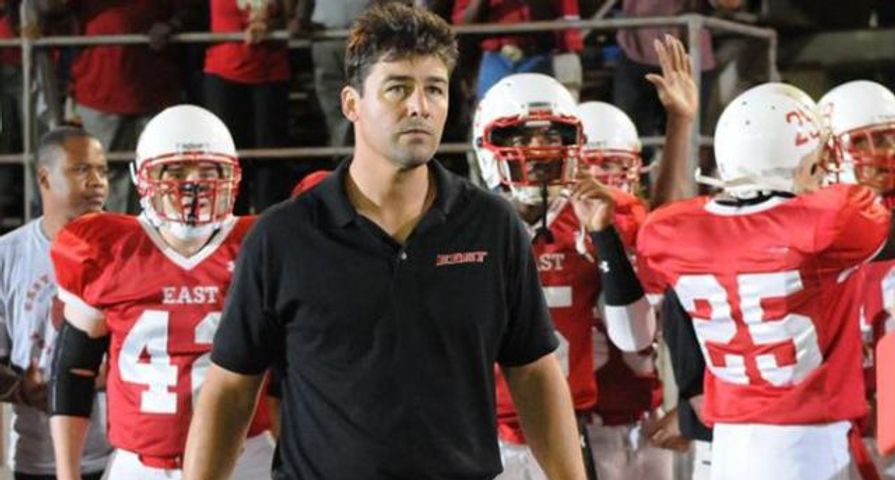 Friday Night Lights was a really good show that didn’t get its fair shake due to things like the writer’s strike and switching of networks. It may not have amassed a large audience, but those who did watch it, loved it and so did the critics who raved about the show because of its realistic portrayal of Middle America and the outstanding performance of many of the actors. Thanks to excellent writing and great acting, Friday Night Lights was intriguing, unpredictable, emotional and quite unlike the other teen dramas on television at the same time. However, as with all series, not everything can go right all the time leading to some pretty strange and outright ridiculous storylines that had audiences shaking their heads. Check out the 8 most ridiculous storylines from Friday Night Lights!

So this isn’t one particular ridiculous storyline, but rather an annoying and ridiculous occurrence that happens all too often throughout the series. Sometimes the pace of Friday Night Lights was hard to follow thanks to the failure of the show’s writers and producers to provide explanations for the strange disappearance of characters or a major turn in the plot. One of the biggest examples of this on the show was the pregnancy of Becky and Luke. Fans had quietly been rooting for the two to get together after the adorable Luke Cafferty made it clear he was interested in Becky, but she held back on hopes Tim would come around to her. Due to the fact fans were rooting for them, it was shocking and silly when in one episode the two are seen bumping into each other at a convenience store and the next episode it reveals she is pregnant! Then of course the strange disappearance of different characters like Smash Williams’ girlfriend Waverly Grady also became ridiculous. Fans became invested in her personal storyline when it was discovered she suffered from bipolar disorder and was off her medication; however, after Smash makes a sweet gesture showing up at her house with cake, we never see nor hear of Waverly again.

The strange relationship between Lyla Garrity, Jason Street and Tim Riggins was a little hard to get a hold of, considering it was hard to know who to cheer for. Oddly enough, things got even stranger when instead of being enemies because of the situation, the three all became friends again which culminated in the strange events of the season two episode, “Let’s Get It On.” After recruiting Lyla to come to Mexico and help him stop Jason from going through with an experimental surgery, Riggins, Street and Lyla spend the rest of their time enjoying Mexico and getting drunk. This resulted in a weird scene in which Lyla drunkenly kisses Jason and then Tim while Jason watches, smiling. Fans were definitely thinking there is no way this “threesome” was actually going to happen and sure enough just when things were started to get really weird, Lyla decided she need to go pray, which was a good decision albeit just as ridiculous as the rest of the episode.

We don’t blame anyone, absolutely anyone for being interested in Tim Riggins as portrayed by Taylor Kitsch; however, the storyline involving Riggins and his slightly older neighbor Jackie was definitely strange. Riggins is a ladies man and does not discriminate by age, and it was kind of cute watching him get close to Jackie’s young son who was looking for a father figure, but things got weird. The show took the storyline a little too far after Tim returns from Mexico to learn that not only is Jackie now dating his older and more age appropriate brother Billy, but she has practically moved in. This of course led to Tim moving out and ran us right into the extremely ridiculous plot line of Tim living with a meth dealer and his ferrets. It was not a bad storyline, but it got more and more absurd as time went on.

The outcome of this ridiculous storyline was great, but every fan will admit that when Friday Night Lights returned for its fourth season and Coach Taylor was now coaching the East Dillon Lions, it was a huge adjustment and difficult to wrap their heads around. For three seasons, audiences had been donning their blue and gold and cheering for the Dillon Panthers, only to have the whole thing flipped around because of “re-zoning” in the tiny town of Dillon. It seemed gutsy and unbelievable that a show would shift aside many of its major characters and introduce a slew of new ones, and while it could have signfied the end of the show right there, the writers knew what they were doing. The first episode “East of Dillon” was difficult as everyone came to terms with the new school, new team and new people, but luckily Vince, Becky, Luke and Jess became just as loved as Tim, Tyra, Matt, Jason, Lyla and Landry.

It could very well be argued that the entire character of Julie Taylor played by Aimee Teegarden was ridiculous because, while all of the other characters were so believable, she was so fake and out of line with the rest of the show. It was also extremely hard for fans to believe that people as amazing as Coach Eric Taylor and Tami Taylor would have such a brat for a daughter. Regardless, Friday Night Lights fans finally had enough of Julie Taylor in Season 2 when her attitude became completely annoying. Following the birth of her sister Gracie, Julie acts like a sullen 12-year-old instead of a cared for teen who has a lot going for her. The focus on Julie’s rebeliousness and her relationship with “the Swede” detracted from the show in a lot of ways, and angered fans because the storyline was not only annoying but relentless.

At the end of season four, fans saw Tim Riggins do one of his most selfless acts when he didn’t give up his brother as the owner of the chop shop he was running out of his garage and took the blame and jail time so that Billy could live life with his new wife and baby. While this storyline was detrimental to the development of how far the character of Tim Riggins had come, it was ridiculous because it meant there was minimal time spent on Tim Riggins in Season 5. The writers worked it into the show to conform to Kitsch’s other acting schedules, but as the favorite character of the show, it was a blow to have his screen time limited so much. Luckily the producers and Kitsch worked it out well enough that he remained relevant and then was back in the forefront for the last half of the season, but it was definitely hard to accept less Tim Riggins time in the beginning and it seemed ridiculous the star of the show was barely seen.

It is hard to say if anyone was a fan of Julie Taylor, which made her storylines even harder to entertain viewers. Julie Taylor’s whining and self-importance seriously hindered how many felt about her relationship with the beloved Matt Saracen, and many were happy when the two were not together. This, however, led to the ridiculous storyline in which Julie ends up in a complicated relationship with the Teaching Assistant for her history class in her first year at college. Of course, as is the usual with Julie, the whole thing became so dramatic she went running back to Dillon (the town she couldn’t wait to escape) and then crashed her car to avoid going back. This is of course after she got a little too close for comfort with one of her high school teachers and once again had an immature shouting match with her mother in the middle of school.

There is absolutely no surprise that the murder storyline from season 2 gets the top spot on this list. The murder plot involving Tyra, Landry and Tyra’s would-be rapist enraged fans so much that it is not only considered the most ridiculous storyline on Friday Night Lights but many place it as one of the worst storylines for any TV show ever. Although Friday Night Lights tackled big issues, the shift into murder done by none other than the sweet, funny, and smart Landry Clarke was nothing short of ridiculous. For a show that was lauded as being “real,” the murder plot seemed like a desperate attempt at grabbing viewers and became dangerously close to suffocating the entire show. Luckily the show continued, but the storyline continued to be a blight on the series, made worse by the fact that, after being dragged out in anticipation of what would happen to Landry, once he confessed there was no punishment and everyone continued on with their lives.