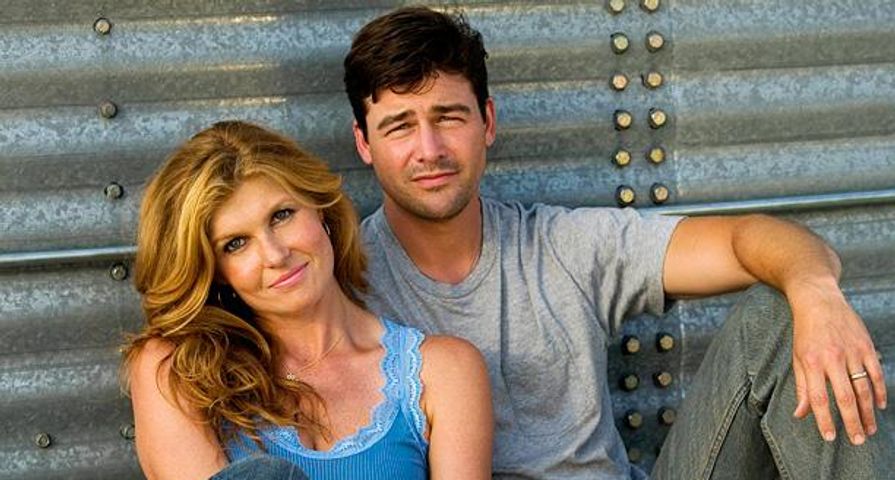 Friday Night Lights remains one of the most loved teen series to ever hit TV, and despite never gaining a large audience while on television, it has developed a huge following since. Despite low ratings, fans are extremely loyal to the show, and it also had a great response to critics thanks to its true-to-life middle America storylines and of course the great cast. Over the five seasons, the show saw a lot of couples form and break-up. but there were only a few that really stuck with fans, but only a few we could really root for. Check it out:

Matt Saracen and Julie Taylor may have been the central couple for the majority of Friday Night Lights, but for many fans, the relationship was anything but fun to watch. Overall, most fans of the show agree that Julie Taylor was absolutely awful, and despite the fact that Zach Gilford as Matt Saracen was a fantastic character, even he couldn’t get most to cheer on the relationship. In fact, the biggest problem with the relationship was that Matt could do so much better than Julie, and she in no way deserved him. It was exhausting to watch Matt continuously pine over Julie while she  dated other guys.

For a brief moment on Friday Night Lights, Lyla Garrity and Jason Street were the picture perfect couple, but it didn’t take long for that picture to shatter after Jason’s life-changing accident in the very first episode. Although Lyla stayed by Street’s side at first, it didn’t take long for her overly optimistic personality to rub Jason the wrong way. While they were great together, nothing is as low as Lyla making out with Street’s best friend, Tim Riggins, while Street was stuck in a hospital bed.

Landry and Tyra were one of the most unexpected couples on the show, but as fan-favorites, it almost made sense that the pair would wind up together at some point. Unfortunately, the circumstances that brought them together which was Landry killing the man who was attempting to assault Tyra, was not a great starting point for the couple. Then there was the fact that Landry always seemed way more into her than she was into him, which made things a little sad. Needless to say we weren’t too surprised to learn that things fizzled fast after Tyra went off to college.

Of all Smash’s relationship, his one with Noelle Davenport was one of the best. It was one of country star and eventual One Tree Hill star Jana Kramer’s first notable roles, and thanks to great chemistry between the two, fans really liked them. The relationship  was also popular because it explored important issues surrounding how people still react to interracial relationships. They were popular, but the relationship really didn’t last long enough to have a long-lasting impact on fans.

Admittedly, it was horrible that Lyla and Tim got together while Lyla was still with Jason Street and Tim, who was supposed to be his best friends, but the two were strangely adorable together. The best part about the relationship to many was the fact for the first time viewers got to see a sweeter, more genuine side to Tim Riggins, and a less annoying and more spontaneous side of Lyla. Fans hated to love them, but also loved to hate them, which makes them one of the most conflicting couples on the show.

Friday Night Lights took a big risk when they replaced a large part of their central cast with a new group of high school students who attend East Dillon, but it paid off thanks to the amazing characters including Vince Howard and Jess Merriweather. Even though Jess tried to fight it, it was clear that there was something between her and Vince, and while they were great support systems for each other when they were together, it always sort of seemed as though they would work just as well as friends.

One of the most unexpected, yet most loved couples to form on Friday Night Lights was between the older siblings of Tim and Tyra. Billy Riggins and Mindy Collette provided additional comic relief to the otherwise very emotional show, and together made all the sense in the world. They were adorable with each other, and thrilled at the prospect of having twins. Billy Riggins was one of the best and most underrated characters on the show, and him being happy with Mindy was something all fans couldn’t help but absolutely love.

Becky Sproles was a fairly annoying character, but she did have her moments, and thanks to Luke being absolute perfection, it was difficult not to love them together. Arguably, they had the most interesting romance story of all, as they got pregnant and had an abortion before ever actually getting to know each other. The fact that the dating and their relationship came after such a difficult start for the pair had fans completely hooked on their story, and happy that not only did Becky finally see what was right in front of her with Luke, but finally stop pining over Tim, which was never going to happen.

Tyra and Tim were nothing short of a hot mess, but there was still something about them that had fans rooting for them despite all the fighting and all the other relationships they went through. They may have been more off than they were on for the duration of the show, but they were always there for each other, and Tyra understood Tim in a way no one else did. Nothing was more perfect than in the series finale, which brought Tim and Tyra together. It could have been anyone: Tyra and Landry, or Tim and Lyla, but it only made sense that it was Tyra and Tim who were reunited, and admitting they cared a lot about each other. We may never know if they did end up together, but their final scene together will always give us hope.

There was never any doubt who was going to come first on this because there was no greater couple on Friday Night Lights, and arguably on TV as a whole, than Eric and Tami Taylor. The impeccable talent of both Kyle Chandler and Connie Britton easily made them two of the best characters on the show, and when they were together their chemistry was so real and amazing, fans couldn’t help but wish they would be together in real life. So many fans wished Eric and Tami Taylor were their parents or at the very least worked at their school so they could give their amazing wisdom and help guide them through life too.