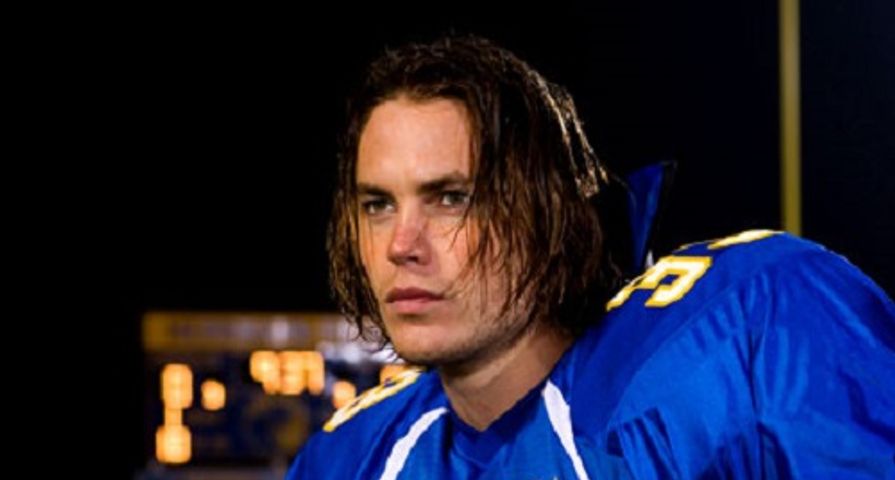 Fans only had five seasons to enjoy the perfect character that was Tim Riggins on Friday Night Lights. Unfortunately, a lot of Taylor Kitsch’s work since has been heavily criticized, but fans and critics alike can agree that his character was one of the most important on Friday Night Lights and one of the reasons it is loved by so many. Riggins never pretended to be anyone he wasn’t and while he liked to drink and have a good time as much as every other high school kid, he had a heart of gold, especially when it came to family and friends, and an undying passion for football. He was often funny, and also had his fair share of heartfelt moments throughout the seasons. Here are Tim Riggins’ 10 best moments from Friday Night Lights.

One of the most common praises of Friday Night Lights was how realistic it was to middle-America life in a small, football obsessed town. Tim Riggins was the quintessential high school jock, who told it how it was, and that much was evident from some of his very first lines regarding his team and teammate Brian “Smash” Williams. Classic Riggins.

Tim: “That’s not racism man, I just don’t like him. He can be from Saudi Arabia, or Sweden, or Czech. That dude could be Santa Claus and I still won’t like him.”

While the storyline between Tim and his older neighbor Jackie was one of the weirdest on the show, fans loved the interactions between Riggins and Jackie’s young son Bo. The kid loved being neighbor’s with the town’s football star, and even under protest Riggins of course took Bo under his wing in moments that made Tim even more endearing. He then of course pulled only a move Tim would do and went to Bo’s school where he heavily threatened all of Bo’s bullies.

Becky Sproles was perhaps the least likeable out of the new characters introduced into the show in Season 4 and watching her continuously pine after Tim wore thin fast, but their friendship definitely had some great moments. Tim may put on a hard exterior, but time and time again, he proved there is absolutely nothing he would do for those close to them, and that included taking Becky dress shopping after her mother bailed on her yet again.

Tim: “I’m gonna tell you something alright? And you can’t tell it to anyone else. My mother never took me shopping for a pageant gown, and because of that, I never placed at Miss Texas. That’s why I got into football.”

Season five wasn’t ideal because, not only was it the end of the fantastic show, but for a portion of it, very little was seen of Tim Riggins because he was in jail. The moment where Tim looks at his life versus that of his brother’s with his new wife and daughter and decides to take the fall for Billy’s illegal chop shop, although none of it was his doing. His selflessness in this moment showed the true Tim Riggins that is all too often covered up by a tough exterior.

It was no secret that Tim focused more on girls and football than he ever did his studies, but of course Tami Taylor would never let him get away with it leading to a hilarious interaction between two of the best characters on the show.

Riggins always took football more seriously than anything else in his life, and as always, was candid with the junior varsity guys when they took too long to answer his questions when quizzing them on what to do in game situations.

Tim: “Too late, play’s over. You waited too long to make a decision. Now we lost the game because of you, now we’re not going to state, and now the whole town of Dillon hates you and you’re never going to get laid. FACT.”

Despite the fact Tim started sleeping with Lyla following his best friend Jason Street’s terrible accident that left him in a wheelchair, once they repaired their bond, Tim made sure to never let his friend down again. When he accompanies Street to Mexico where he plans to undergo a dangerous procedure, Tim learns Street could possibly die and then refuses to let him do it.

Tim: “You think I wanna go back to Dillon, look your family in the eyes, and tell ’em I let you do this? Listen, I love you and I will knock you out and bring your ass to Dillon if I have to.”

Following Street’s accident, Coach Taylor convinced him to come out to the Homecoming game where Riggins ended up playing the game of his life. After the game, he was handed the game ball, but then in a sweet gesture he gives it to Street and says, “Everybody in this room knows where we get our heart from, and he’s sitting right there.”

Another great Riggins moment had to do with Street, and that was when he had to say goodbye to his best friend who wanted to pursue a life in New York City with his girlfriend and daughter. The episode is without a doubt one of the best and most emotional out of the series because it is so realistic, and that is because the actors really were crying. They only had one take to get the scene right because they couldn’t keep it together.

“Texas forever” became Tim Riggins tagline and it encapsulated the show. It was perfect and entirely fitting when one of the last scenes in the show had Tim and Billy Riggins take a break from building Tim’s dream-house crack a beer, and cheers, “Texas forever.”