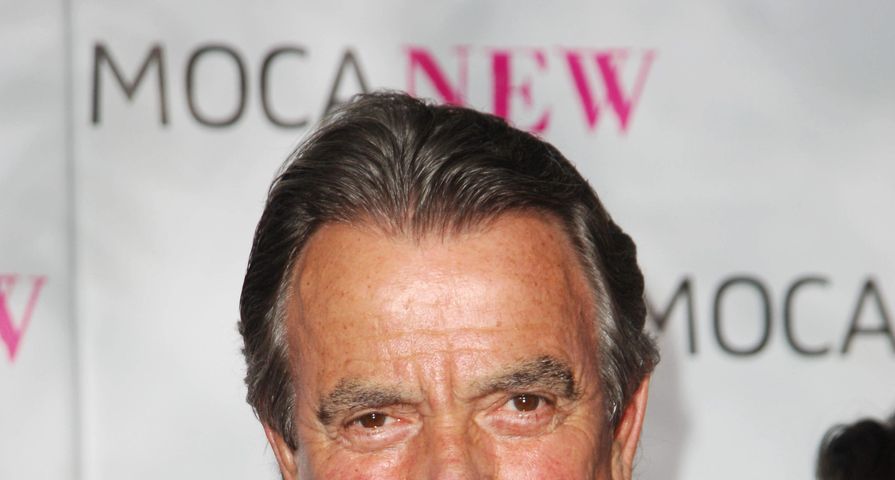 Eric Braeden is hands down one of the most iconic soap opera characters to grace daytime drama screens. The Young and the Restless’ (Y&R) star has played the character of Victor Newman for over 25 years! With such a long career, it might seem like we already know Eric Braeden well, but there is an entirely different side to Eric that Y&R fans don’t get to see! As such, below are ten things you may not know about Eric Braeden.

Y&R fans might remember one of Eric’s most memorable film roles, playing John Jacob Astor IV in the 1997 classic, Titanic. What some may not realize is before Braeden established himself as Victor Newman on the Y&R in 1980, he had quite the film and TV career. Some of the highlights of these roles included a part on a ’60s television show The Rat Patrol, playing Hans Dietrich, as well as a part playing Dr. Charles Forbin in the movie Colossus: The Forbin Project.

When Victor gets stressed out about anything he heads to his home gym and starts hitting that punching bag, but Braeden himself is quite the accomplished athlete. In the late ’50s, Braeden captured Germany’s Track and Field National Team Championship (in shot-put, discus, and javelin). He would move on to score the winning goal for his team in 1973, helping the Maccabi Soccer Club win the National Cup Challenge that year.

During a recent media tour to promote his book I’ll Be Damned Braeden talked about his controversial history. Braeden was born in Bredenbek, Germany and his father was the mayor of town at one point. As Braeden relays, his dad was a decent and honest man, who never promoted ant-Semitism when Eric grew up. He was a part of the government and he joined the Nazi Party, like most of the professionals in his stature did during that time period. Braeden was quick to note that his dad did not take part in the atrocities the party did and he would not allow his eldest brother to join the Hitler Youth party.

In an interesting part of I’ll Be Damned, Eric relays a story about him and legendary Hollywood actor, Marlon Brando. The two appeared in a 1965 flick Morituri. During a break between scenes, Brando advised Braeden against being an actor as Eric was “too bright.” Braeden would go on in the book to say that he was surprised by the comment, but admired the fact that Marlon didn’t care about what anyone thought of him, what he said or did.

6. Talent Runs In The Family

Eric Braeden isn’t the only talent in his family and clearly he’s passed something on to his son Christian. Now a successful screenwriter, Eric’s son started out as a video director for rap songs. He sold his first script (along with Paul Scheuring) in 1993 to Oliver Stone, entitled Black Ocean. He’s also written for the film A Man Apart, with Vin Diesel, and has rewritten and polished up a number of major Hollywood films over the years.

In 1980, Victor Newman strolled onto the Y&R and Genoa City was forever changed. Some may think for the worst, but most fans would agree that Victor is a complex character that truly enhances the storylines within the show. Initially, the Victor Newman role was brought in for a short period of time, a three-month contract, but after he hit the airwaves, fans were drawn to the character so much that Braeden’s contract was extended.

4. Braeden Wanted To Quit The Y&R

At one point in time, Braeden was so down about the Victor Newman character and his lack of depth that he wanted to leave Genoa City behind … for good! Thankfully for Eric and Y&R fans alike, writer Bill Bell and him had a conversation and the idea of introducing fans as to why Victor was so manipulated was conceived. The storyline of his past and childhood was launched and ended up turning Newman into a multifaceted character where fans gained a greater understanding behind Victor.

Victor Newman had many a rivalry over his tenure in Genoa City. It seems, Eric Braeden has had some issues on set before too. It has been reported that an incident in 1991 between him and Peter Bergman (Y&R’s Jack Abbot) was nipped in the bud very quickly as the two get along famously. Braeden reportedly also had issues with Michael Muhney (ex-Adam Newman) and the rumor mill has stated in the past that Muhney was let go because of the issues he had with Eric.

Well, really … who didn’t? In a February interview that took place this year, Eric relayed his displeasure with the storyline that brought Victor and his daughter-in-law Sharon together in a relationship and marriage. While he had suggested an idea about Sharon seducing Victor at one point in time, what ended up happening in the storyline and how everything unraveled was something Braeden hated. He felt it turned out to be a waste of a storyline.

1. Eric’s Has A Love/Hate Relationship With Victor

But, don’t we all? It seems that, while Eric does have a soft spot for Victor Newman, he does get frustrated with the character now and again. In a March 2017 interview, Braeden relays that while he likes it when Victor doesn’t put up with nonsense from Billy or Jack Abbot, he doesn’t like it when Victor manipulates situations with his children or turns his back on them. We can all agree with Braeden on that one!