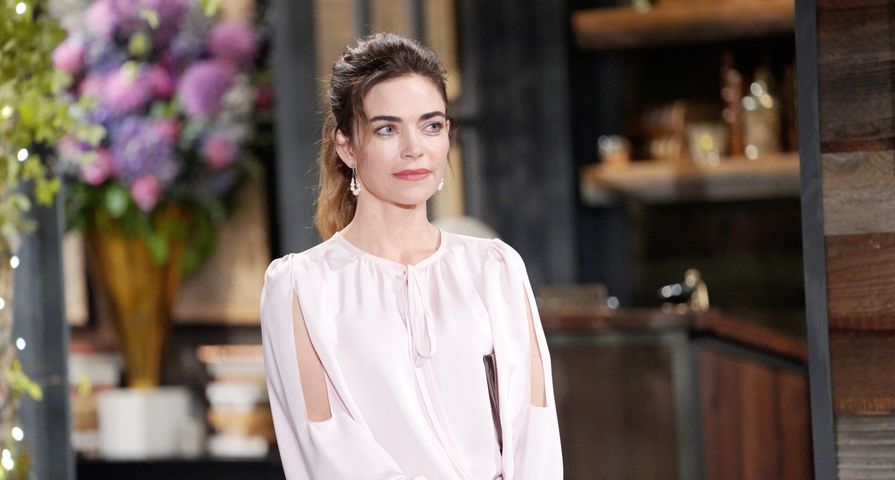 Amelia Heinle has played the role of Victoria Newman on The Young and the Restless (Y&R) for over 15 years, and even won two Daytime Emmys for her performance! Heinle is talented, beautiful and one of the top actresses within the soap opera industry today. That is only a brief overview of this incredible daytime drama talent. Below are some things you might not know about Y&R’s Amelia Heinle.

Did you know that Amelia came from a family with five siblings? That must have been a chaotic house to grow up in! While she spent most of her young life in Arizona, her family made the big move up to New Jersey when Heinle was 15 years of age.

There is rarely a story out there about a celebrity who didn’t work a few odd jobs until their big break, and Amelia Heinle is no different! While waiting to jump into the world of soaps, Amelia worked in Manhattan as a coat check girl. She would juggle auditions during her lunch breaks in order to make ends meet. Heading out to an audition during breaks was probably a hectic thing for Heinle at the time. In fact, she was close to missing out on a Loving audition because her cab driver took her to the wrong set — he headed to the One Life to Live set versus Loving. The good news was that she did make it on time, but that took perseverance on her part. Heinle ran in the rain for a few blocks to ensure she got there. She may have looked like a hot mess once she got there, but she still scored the part of Steffi Brewster. 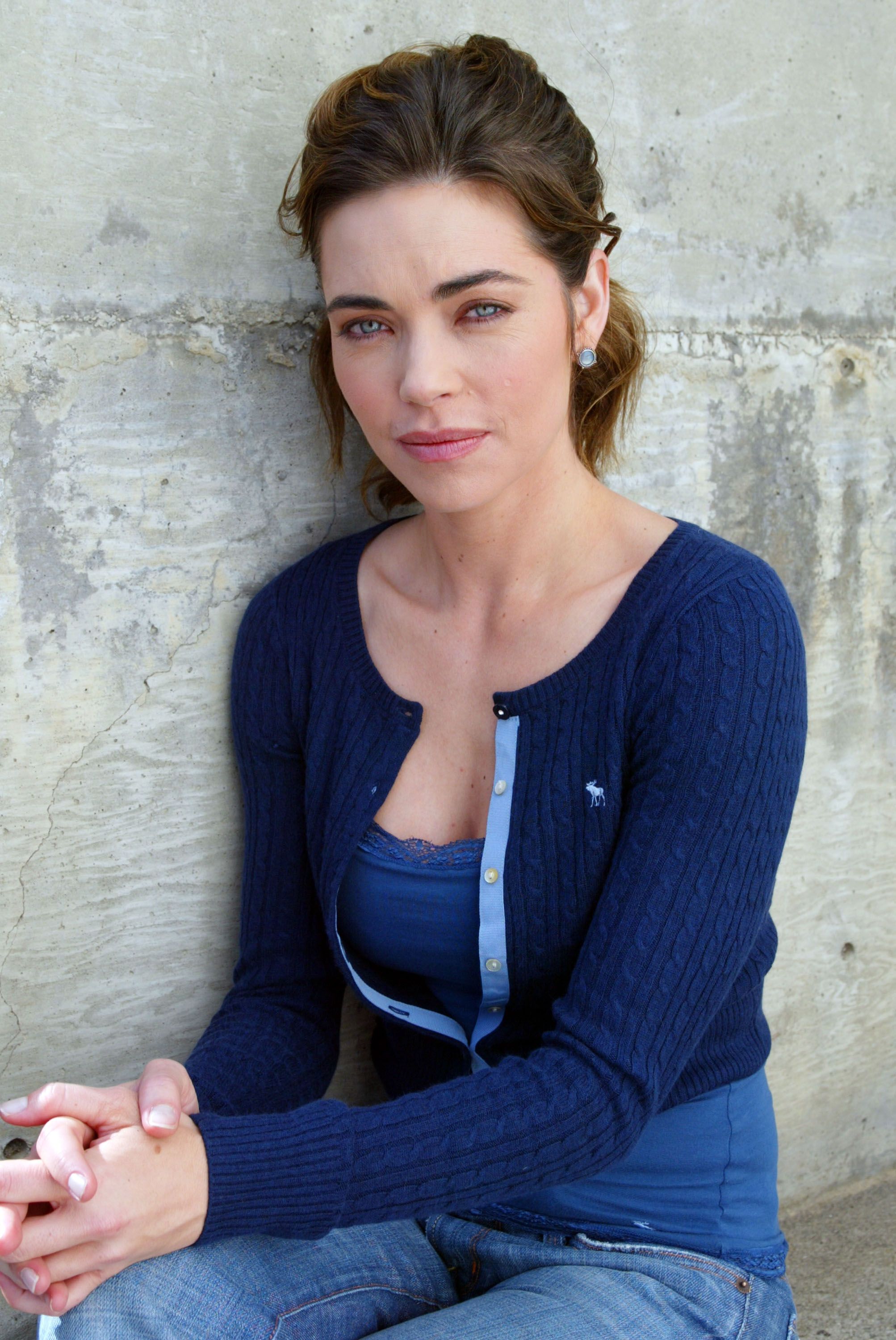 Loving was cancelled in 1995 which meant soap actors/actresses on the show were out of a job. In fact, the final storyline in the soap was that the majority of Loving’s characters were axed off by a serial killer. In typical soap fashion, there was a happy ending. The City debuted shortly after Loving left the air that year and it featured all the surviving characters of the show moving to SoHo. Heinle’s character, Steffi, was one who made the cut… or perhaps didn’t make the cut (depends on how you view it). She would remain on the spin-off soap until its cancellation in 1997. 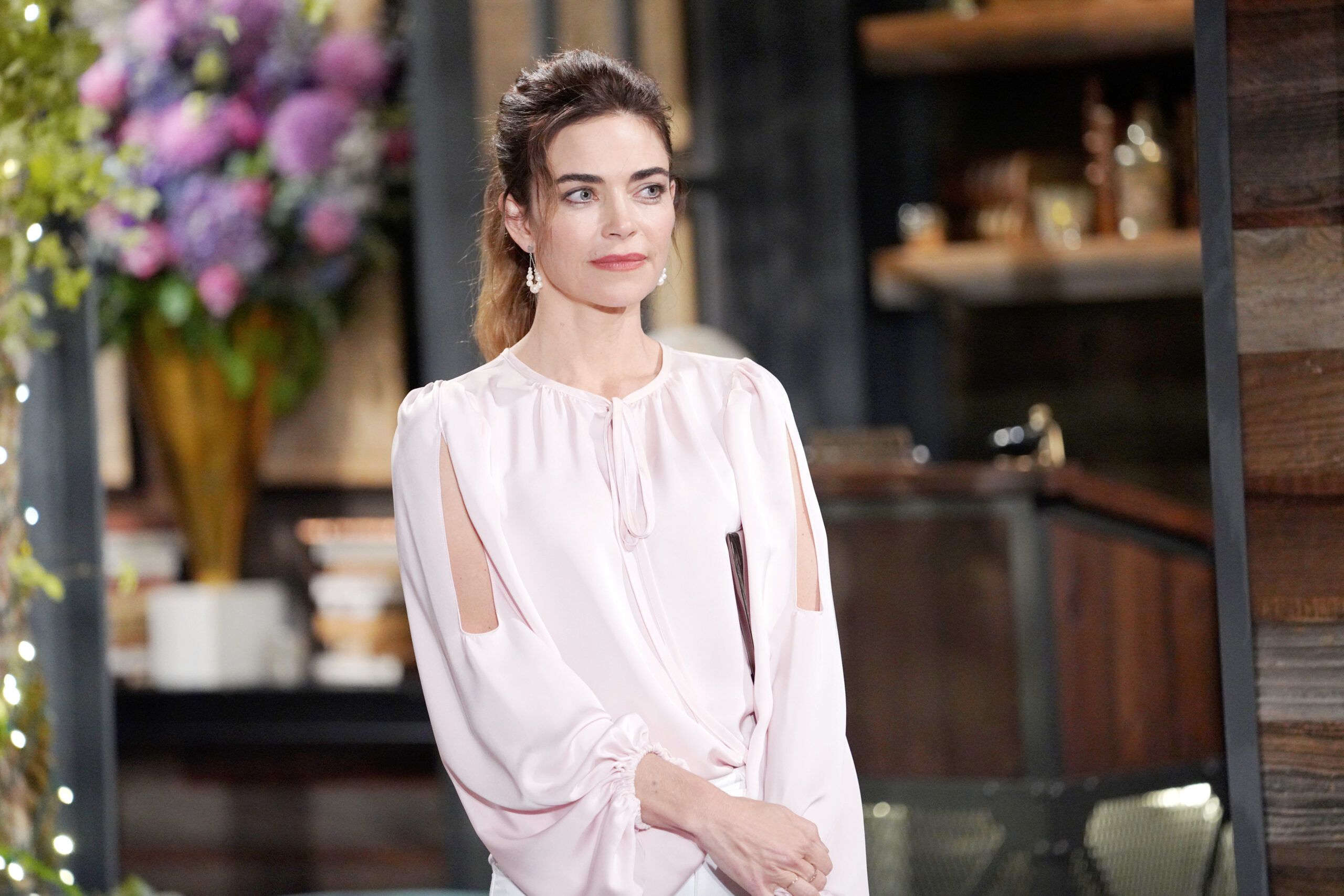 Many fans may know that in 2007, Heinle married Y&R colleague Thad Luckinbill, J.T. Hellstrom on the show, who would also ended up being Victoria Newman’s love interest and husband down the line. But what many may not know is that Heinle met her first hubby during her tenure on Loving. She fell in love with and married Michael Weatherly (Cooper on the show) in 1995. They also had a son together named August. Sadly, the marriage ended in divorce two years later. Heinle would move on to Luckinbill, but the two also announced their divorce in 2017. 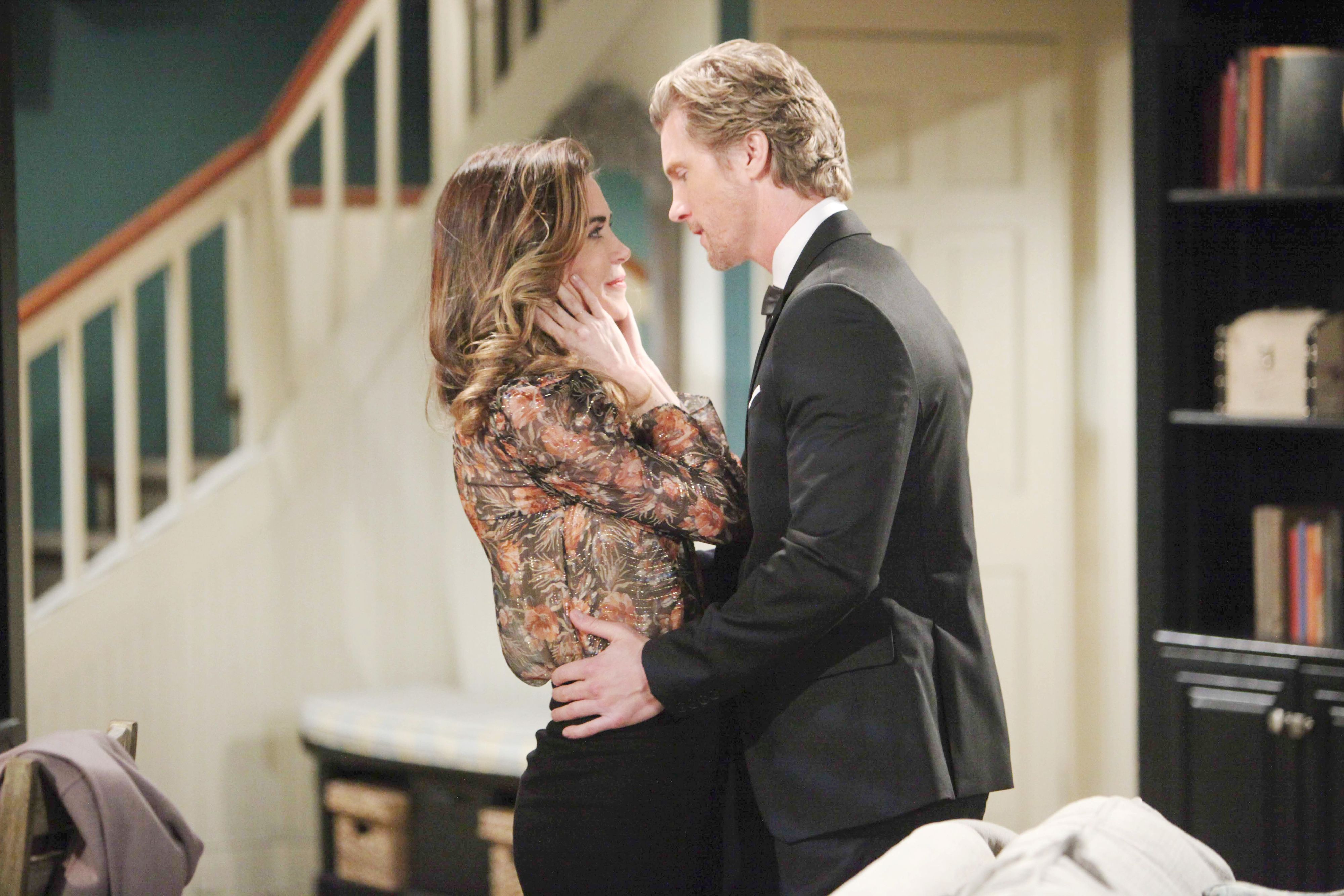 Speaking of Luckinbill, two years after the he and Heinle got hitched, the married couple got a taste of prime time fame together, working on a Ghost Whisperer episode together in 2009. The episode took place in season four and was called “Stage Fright.” Ironically enough, daytime drama veteran Lesli Kay, known for her work on the Bold and the Beautiful, General Hospital and As the World Turns, also took part in that episode. 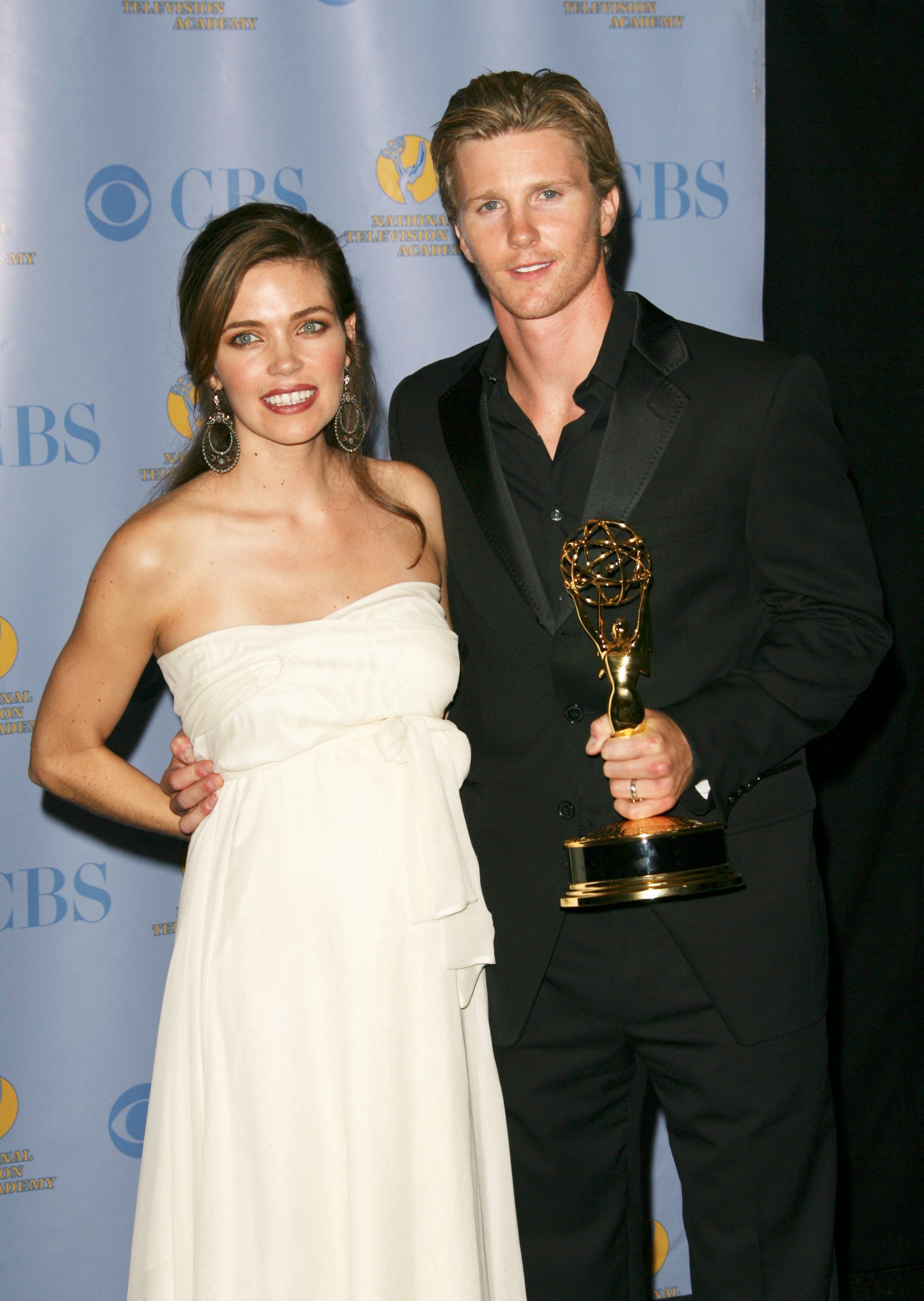 Heinle clearly doesn’t only snag husbands while on the soap opera sets, she establishes long-lasting bonds with her co-workers too! In fact, while on Loving, Amelia would meet and become best friends with Nancy Addison-Altman. A soap opera veteran, Nancy has been on The Guiding Light, All My Children, Ryan’s Hope, and played Deborah Brewster Alden on both Loving and The City, as Heinle’s onscreen mom. According to her social media, she’s also close with her current cast mates on Young and the Restless!

She’s best known for her Y&R Victoria Newman role, a part that has helped Heinle win two Daytime Emmys in the category of Supporting Actress. Amelia Heinle could be easily considered a soap veteran, with a career that spans over two decades. In addition to her Loving/The City role, Heinle also played Mia Saunders on All My Children (AMC) for three years in the early 2000s.

Speaking of Heinle’s time on AMC, her Mia Saunders character initially was part of some incredible storylines when Amelia entered the role in 2001. Due to some changes within the cast, Mia had more of a secondary role when it came to the show. As such, Heinle made a bold decision in 2004 to not renew her contract when it came up. The move ended up being a good one, as she entered the land of Genoa City in 2005… and the rest is soap opera history! 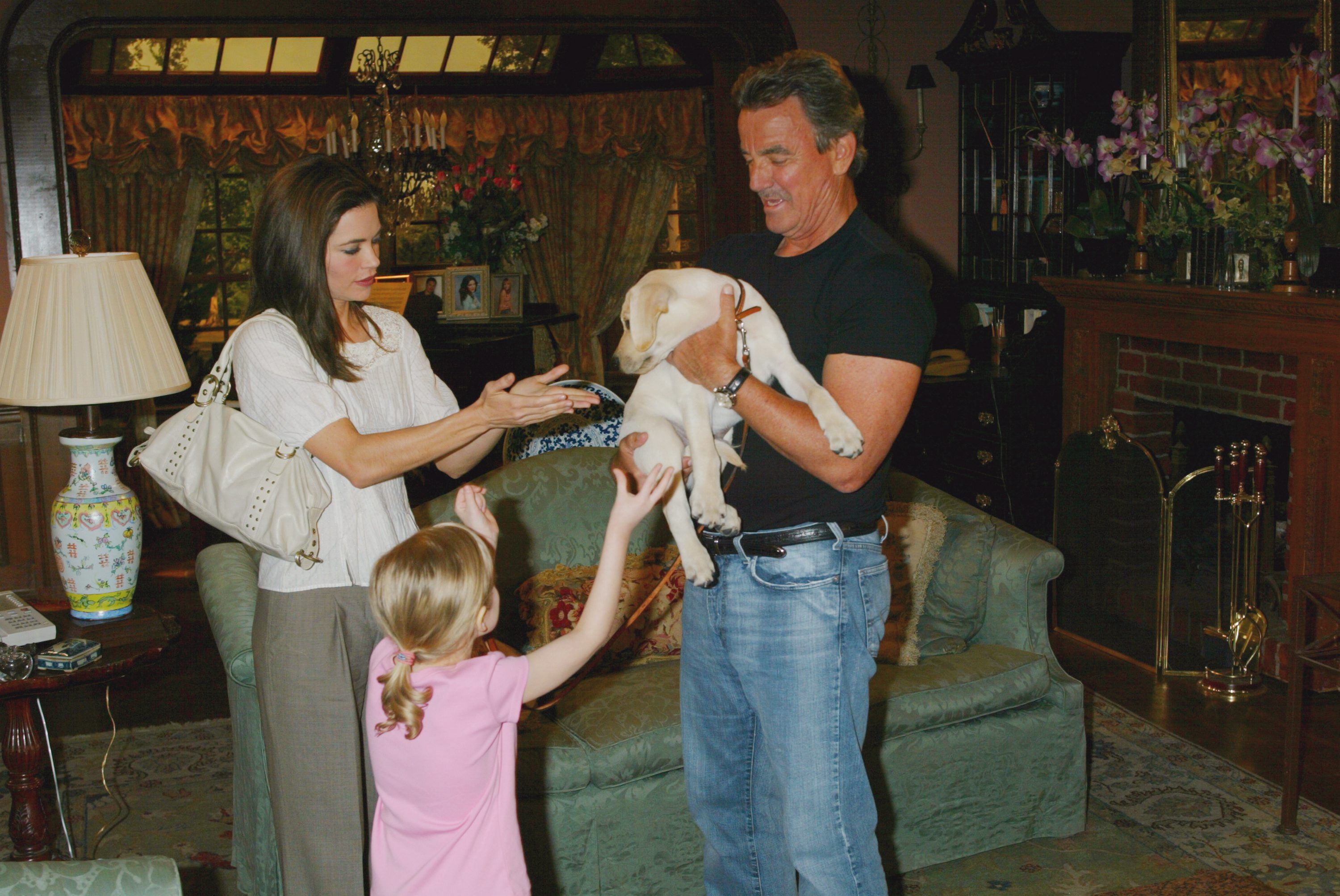 Before AMC and Y&R, Amelia was given a shot at a prime time show called Jack and Jill. Heinle played Jacqueline ‘Jack’ Barrett on the WB Network pilot show, but was replaced by Amanda Peet when the decision was made to move forward with the series. This may have been sad news for Heinle at the time, but the silver lining is the show only lasted from 1999 to 2001, and Amelia has certainly accomplished some incredible things in her daytime drama career since. 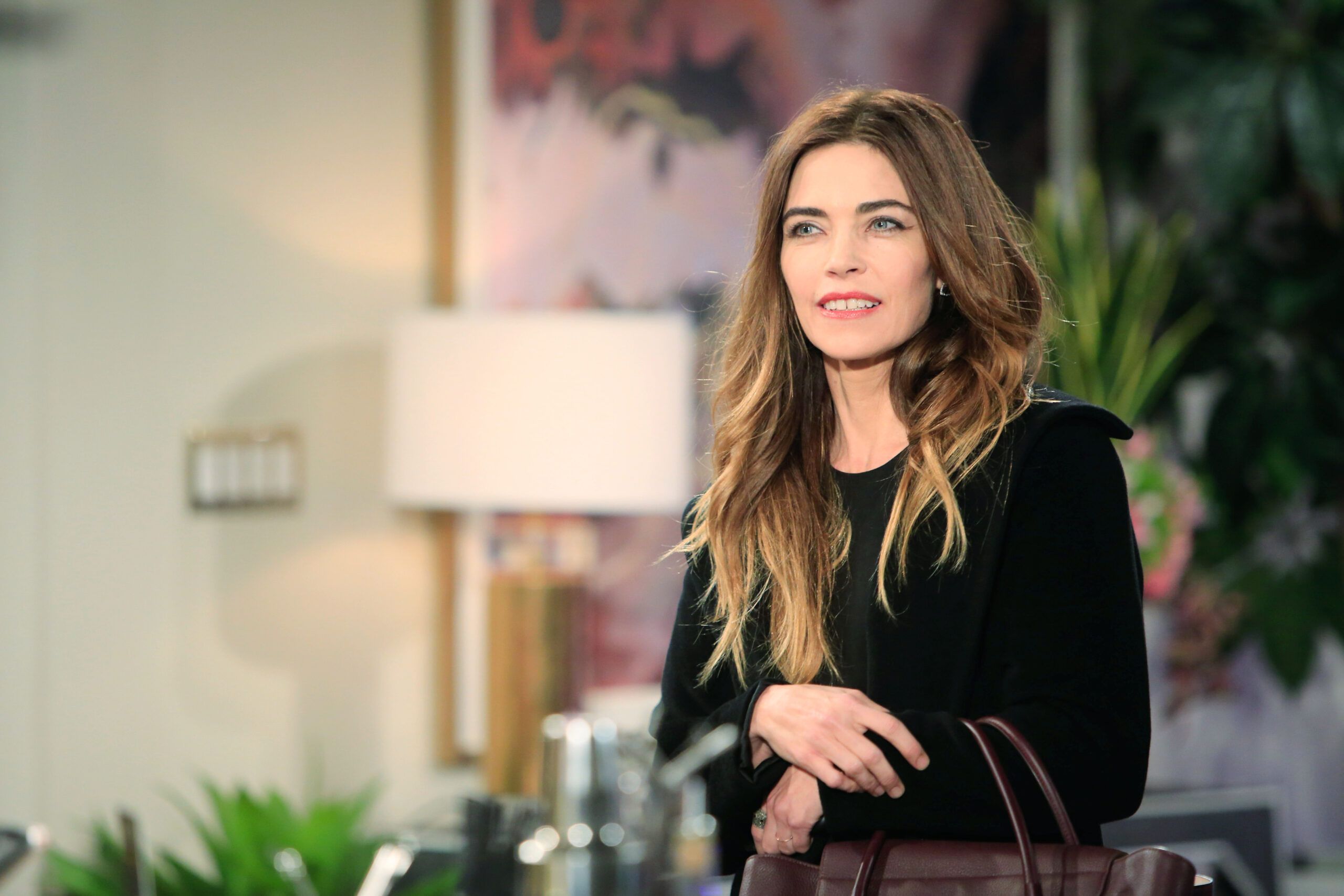