Home » Entertainment » Celebrities » Things You Might Not Know About Victoria Beckham 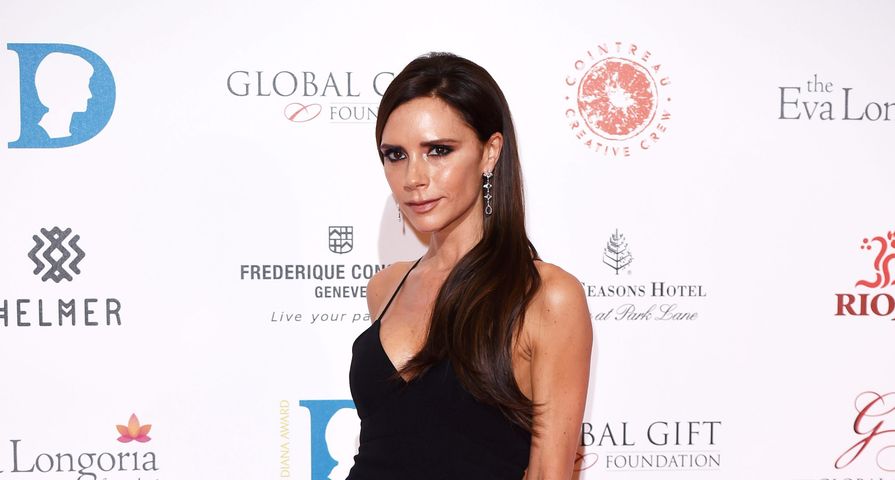 Victoria Beckham is a force to be reckoned with. She’s a successful businesswoman, fashion designer, singer, and dancer. We all know and love Victoria as “Posh Spice” from her chart-topping days in the pop group, Spice Girls. Since the group split back in 2000, she has managed to continue on with her success first as a solo artist, then fashion icon and now a well respected international fashion designer. The former pop singer turned designer is married to a professional soccer player, David Beckham. These two quickly rose to the top as a power couple in Hollywood and are cherished by fans for their strong family values, having been married for close to 20 years with four children! Victoria has been in the public eye for quite some time, but she’s extremely private, trying to stay out of the media. She has steered away from her pop career and become more focused on being a good mom and successful businesswoman. Here are 10 things you probably didn’t know about Victoria Beckham:

Victoria comes from money. Her father, Anthony Williams Adams, was an electronic engineer and her mother, Jacqueline Doreen was an insurance clerk and hairdresser. Victoria said she used to get embarrassed when her father would drop her off at school in his Rolls-Royce. In an interview, she said, “My dad worked really hard and it was always his ambition to own a Rolls-Royce…So when he got his Rolls-Royce, he used to drive us to school in it every day and I was just mortified. We used to beg him to just drop us at the end of the road. He had a van for work and we used to beg him to take us in the van.” This is probably where her nickname “posh” comes from…She said the word “Posh” in England stands for “if you go to a nice restaurant, it’s a ‘posh’ restaurant, or if you have nice clothes, they’re ‘posh’ clothes.” Ever since she was little she’s had a ‘posh’ streak in her. Instead of using a typical school bag, she used to carry her books in a Gucci handbag.

Victoria danced from an early age and took a special interest in ballet after she saw the film Fame. She said she wanted to be like Coco who danced perfectly, was an amazing singer and looked gorgeous even with wild frizzy hair. When she was only 17-years-old she studied dance at Laine Theatre Arts College in Epsom. When she was a student there she joined a band called Persuasion which consisted of three people, two boys and Victoria. The band used to sing in different disco clubs — their biggest song was called “Be the One.” Later on, she qualified herself to be a dance teacher just as something to fall back on. She said, “My mom always taught me if I had to have something to fall back on, I could have that. So if this doesn’t go well, I can be a tap-dancing teacher.” No need to worry Victoria, it seems the pop star/fashion designer thing all worked out in the end!

Victoria ended up in the Spice Girls group after responding to an ad placed in The Stage. She was chosen to form a group with Emma Bunton, Melanie Brown, Melanie Chisholm and Geri Halliwell. The girls were well known for promoting a “girl power” image. “We were five girls that individually weren’t that great, but collectively we worked together and normal girls could relate to us. The message was that it was OK to be different. That’s where girl power came from.” Before their group surged to stardom, they switched managers in 1996. Victoria dished on the story about how this happened. “We escaped in the middle of the night from the house we were in. We had a demo CD that we recorded [that] Geri hid in her knickers. We just decided to leave one night and we decided to do things differently. We did our research. We were very impressed with Annie Lennox’s career, so we found [her manager] Simon Fuller. Now he’s my friend and my partner in the [fashion] business. I’ve known Simon since I was 18-years-old.”

7. How She Met David Beckham

Victoria met David at a charity football game in 1997. She said, “Simon was a huge Manchester United fan. He introduced me and David after the game…What I really like about David right from the start is that when all the other players were in the lounge afterward having a drink with their friends, David was sitting with his mom and dad and younger sister. I really liked that. I’m really close to my family, he’s very close to his and I just thought that was really nice.” She’s being modest! David had asked to be introduced to her because he had a major crush on Victoria. Soon after that the couple was deemed “Posh and Becks” and became the hottest celebrity power couple. David proposed while the two were staying in a hotel up north in 1998 and married four months after having their first child Brooklyn in 1999. They chose his name because he was conceived while they were in Brooklyn, New York. David and Victoria now have four children together: Brooklyn, 16, Romeo, 13, Cruz, 11 and Harper 4.

Not only does Victoria have a hugely successful career in fashion, but she’s also a fashion icon in terms of her stylish choices. She’s always dressed to the nines and is very chic. Victoria is hardly ever dressed down and it’s a rare sighting if she’s seen flat-footed. When asked about her first big fashion purchase, she said: “I bought Patrick Cox shoes when I got my first paycheck from the Spice Girls. They were white slingback Wannabes. I queued up outside Patrick Cox on a Saturday afternoon with my sister.”

Victoria has been interested in fashion since she was a little girl. She said even in school she used to go to the bathroom and “do a little bit of customizing the school uniform in the toilets at lunchtime.” Her interest has definitely gotten a bit more serious! She was named British ambassador of Dolce & Gabbana in 2003 and that same year she began a collaboration for jeans with Rock and Republic. In 2006 she broke off on her own and started her own denim range, along with sunglasses and fragrances. In 2006 she walked the runway in Milan for Roberto Cavalli and in 2008 became the face of Marc Jacobs spring/summer line. Then in 2009 she finally released her first collection at the New York Fashion Week for spring/summer which was a line of dresses that received rave reviews from critics. In 2011 she had a huge breakthrough moment when she won the award for Designer Brand of the Year at the British Fashion Awards, beating out huge competition like Stella McCartney, Tom Ford and Burberry. In 2012 she created a second label called Victoria by Victoria at Harvey Nichols. Celebrities like Michelle Obama and Blake Lively are often seen sporting her designs.

When she was younger she used to be a little bit “chubby,” and she recalls her mother calling her a “fat puppy” which made her self conscious of her weight growing up. After the birth of Brooklyn, Victoria, who is already a petite woman, lost a lot of weight and received a ton of criticism. She said, “From being Podgy Spice pre-Brooklyn I had become Skeletal Spice. What upset me was that I ate like any normal person, but I lost weight.”

3. Being Pregnant on Tour

Victoria has admitted that getting pregnant with Brooklyn was a huge surprise because it happened while she was on tour with the Spice Girls and she had previously suffered from Polycystic Ovaries. This pregnancy was a struggle for her — she had terrible morning sickness and her cravings were for odd things like pickled onions, marmite on toast and fruit pastilles. When she divulged about this experience she said it was more than just the morning sickness. “We were on tour in America and performing in lots of amphitheaters…I remember it was really, really, really hot. I was wearing a PVC catsuit and a wig, because my hair was just out of control because it was so hot! I had such terrible morning sickness. And Melanie B too, because she was pregnant at the same time. It was awful, absolutely awful. And then I got bigger and bigger and bigger and I was still wearing that PVC catsuit and platform trainers…I’d come off stage and I’d say to the tour manager, I can’t go on. What happens if I just say ‘I’m going home and I don’t want to do this anymore?’ Every night he would say, ‘You’ll get sued, get the catsuit back on.'”

2. Original Name for the Spice Girls

Victoria has two small tattoos dedicated to her husband David. She has his initials on the inside of her left wrist and a star on her lower back.