10 Reasons To Love The Beckhams 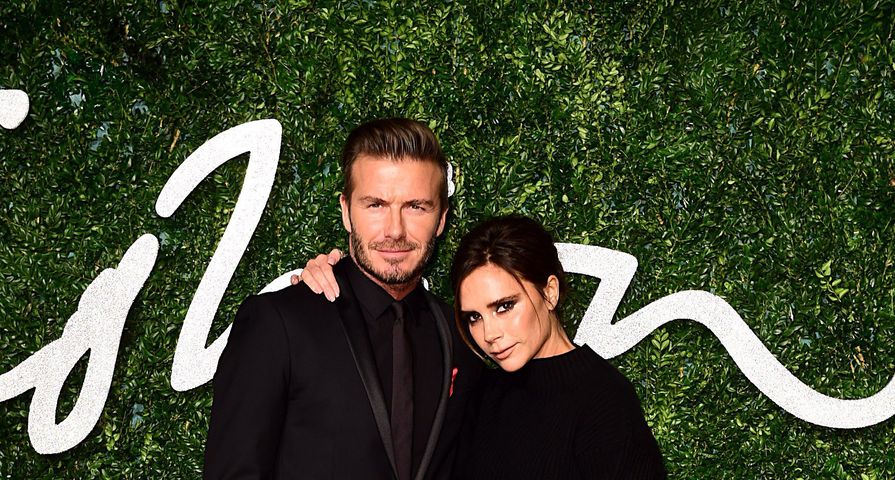 The Beckham’s are often called the “real Royal family” in Britain and it’s not hard to see why. With David making waves with his modeling as much as his football (or soccer for those in N.A.) and Victoria managing to keep herself just as much in the spotlight, the pair are a definitely a dynamic duo. But the junior Beckham’s – Brooklyn, Romeo, Cruz, and adorable little Harper – are just as stylish and headline-grabbing as their doting parents. Here are 10 reasons to love the Beckhams.

Victoria certainly isn’t shy about her admiration for her beloved husband, even publicly saying that he is indeed as well-endowed as the underwear-sporting modelling ads led us to believe. And she further praised (or teased) him by admitting that she calls her hubby “golden balls.” GOLDEN BALLS! We’re sure that’s just because of his quick foot-work on the field and not his…okay, yeah, she’s talking about his bits.

9. Even the Beckham’s Have Rules

8. They Value the Value of Work

You might think that because the Beckham children are the offspring of two very wealthy people and could really have anything their little hearts desire, that they might be the worst kind of spoiled. But David and Victoria have tried to curb that nastiness (both having worked incredibly hard to earn what they have) by insisting that their children have part-time jobs. It’s not like they need the extra pocket change, but instead it’s so that they learn the value of work. Good on them!

The Beckham’s certainly use their fame for good use and are active supporters of a large number of charities. Back in 2010, Victoria’s charity work with Save the Children earned her a nomination for the Do Something With Style Award. She is also a patron of the Elton John AIDS Foundation, promotes faux/synthetic furs, and in 2014 joined the Ban Bossy campaign as a spokesperson advocating leadership roles for girls. David, on the other hand, has supported UNICEF since his early days at Manchester United and in 2005 he became a Goodwill Ambassador with a special focus on UNICEF’s Sports for Development program. He has also pledged his support for the current Unite for Children, Unite Against AIDS campaign, and along with Victoria is a patron of the Elton John AIDS Foundation. Their charity work doesn’t end there, but the many ways the Beckhams give back would be much too long to list here and that’s just another reason to adore them.

Victoria and David Beckham have four children, including three sons and a little daughter. Sons Brooklyn, Romeo, and Cruz welcomed little sister Harper into the world in 2011. And if their adorable family wasn’t complete with the happy six of them, then just check out their extended family. Elton John and husband David Furnish are the godparents of Brooklyn and Romeo and their godmother is actress Elizabeth Hurley. Can you imagine family celebrations at their house?!

Posh Spice wasn’t given that moniker out of the blue or for no simple reason, she…is…posh. Her style is always on top-form and she can spark a trend by merely appearing out in a new outfit or hairdo. And right along with her is her suave husband, matching her style piece for piece (sometimes literally when they show up in matching ensembles). The two have been deemed fashion icons, which has landed them both lucrative modeling deals and they are highly sought after to endorse fashion lines, fragrances, and accessories as well as anything and everything else suave and posh. And the stylish gene was definitely passed down to the younger Beckhams who are already being listed on best-dressed lists even while they’re still in their teens. And then there’s little Harper. Super sweet, absolutely adorable, cutely coiffed little Harper who already rocks her mother’s fierce fashion and undoubtedly will continue to as she grows into a lovely little lady.

David Beckham’s fine form is liberally covered with body defining tattoos (reportedly over 30 of ‘em) and most of the ink is dedicated to his much beloved family. He has tattoos of all of his children’s names, Brooklyn, Romeo, and Cruz as well as little Harper. He has Victoria’s name tattooed on his left forearm in Hindi script because he felt it would look tacky in English. Another tattoo is a verse from the bible written in Hebrew, אני לדודי ודודי לי הרעה בשושנים, or “I am my beloved’s, and my beloved is mine, that shepherds among the lilies.” In his autobiography David Beckham: My Side, he revealed some of his thoughts on tattoos (obviously written before little Harper came onto the scene), “The idea came to me … after Brooklyn was born. I was talking to Mel B and her then-husband, Jimmy Gulzar, and the subject of tattoos came up. I ended up going to this Dutch guy who’d done all of Jimmy’s. I’d finally realised what I wanted a tattoo to represent. Mine are all about the people in my life, my wife and sons, who I want with me always. When you see me, you see the tattoos. You see an expression of how I feel about Victoria and the boys. They’re part of me.”

3. They Support Each Other

The family that supports each other stays together, and that’s certainly true of the Beckham family. Whenever David Beckham is on the field battling as one of the top players in the league, it’s not unusual to spy Victoria in the stands cheering him on. In just the same way, when Victoria is up on stage, whether for a concert or a fashion-related appearance, her brood is always situated right in the front row clapping for their mummy. And if that weren’t sweet enough, when David was honored with a Lifetime Achievement Award, he dedicated it to Victoria, saying his wife inspires him every single day. The gesture made her cry and who can blame her?!

David and Victoria Beckham aren’t just very much in love (which, of course, they are) but they’re also best friends. When asked how he’s remained a one-woman man and stayed faithful to his wife of many years, his answer was simple, “She is my best friend, would you want to hurt your best friend?”

1. Their Love For Each Other

David and Victoria are regularly seen holding hands, giving each other sweet kisses, and generally displaying all sorts of adorable loving behaviour that is more than just a little wonderful to witness. And it’s not just Victoria and David, but the whole Beckham clan seem to genuinely love and care for each other. Whether hanging out like any normal household or being interviewed about their wildly famous family, each and every Beckham appears to genuinely be happy to be a Beckham and loves their family in the best kind of ways. Their love for each other makes us love them that much more!