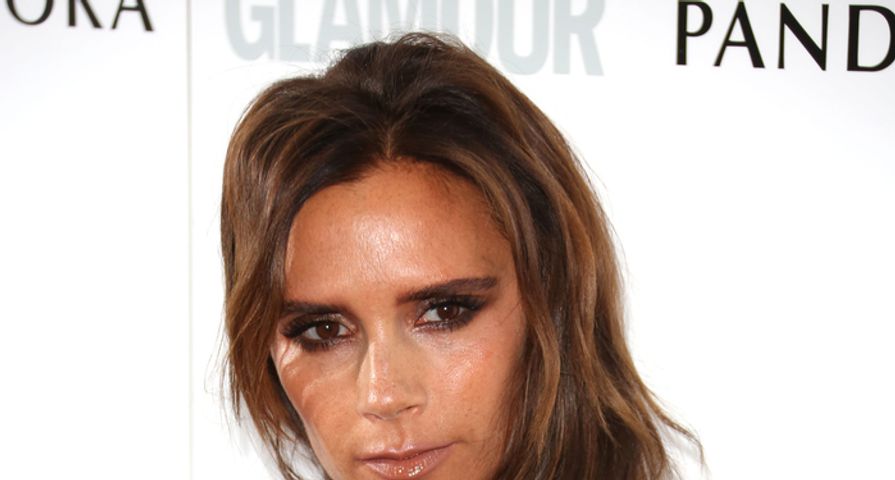 When it comes to her hair, Victoria Beckham has been pretty adventurous. Over the years, she has tried so many different hairstyles and has had such great success with each one. She has proven that she isn’t really one to follow trends – she always starts them and waits for others to hop on board. While the former Spice Girl has shown that she likes to experiment with different hairstyles, she always seems to go back to having long, dark locks. Because she can be so daring when it comes to her hair, we figured that she is the perfect celebrity for a hair evolution article. Come with us as we take a look at her ever-evolving cuts!

When Victoria Beckham first belonged to the Spice Girls, she had a pretty simple shoulder-length bob. A year later, she decided to go short and debuted her first crop cut. We personally love her with shorter hair. She has such nice delicate features, which tend to get lost with a longer cut.

In 1997, Victoria met her hubby David at a charity football match. It was love at first sight. They married two years later after welcoming their first son, Brooklyn, into the world. Three years later, they had their second son, Romeo, and, in 2005, they had their third son, Cruz. In 2011, they finally had a girl, Harper. Over the years, these two have weathered a number of cheating scandals and, in spite of all the rumors, they still manage to come out on top. This might have something to do with Victoria’s fabulous hair. There are very few other women who rock a crop like her.

By 2006, Posh Spice had gone back to sporting long hair. She seemed to flirt with the idea of going blond, hence the highlights. Most of this hair wasn’t natural either – she was using extensions at this point to give her that much desired length. According to her, she later got rid of them because they made her “look too much like a footballer’s wife.”

In 2006, Victoria Beckham found a new friend in Katie Holmes. She was spotted in Paris during fashion week with the former “Dawson’s Creek” star. She seemed to have quite the influence on Holmes. They seemed to dress similarly when they were together and the younger star started to experiment with shorter hair during their friendship as well. According to the former singer, the actress was a really good friend to her. “Katie is a great girlfriend,” she told In Style. “We’re very girlie together. She really helped me out when we moved to L.A., introducing us to people and finding a school for the kids.”

In 2007, Victoria Beckham began experimenting with shorter hair again. She debuted this inverted bob at the Elton John Aid Foundation Oscar Party. This hairstyle, which is worn longer around the front and tapered at the back, became so popular that it got its own name – the POB. This is definitely one of the better hairstyles that she has sported.

In 2007, the former pop star moved her family to the United States. David signed a 5-year deal with Major League Soccer’s Los Angeles Galaxy. Posh starred in her very own NBC special, “Victoria Beckham: Coming to America,” which followed her as she moved to Los Angeles and prepared for her family’s arrival. Viewers get an inside look at Victoria. She may look super serious when she’s on the red carpet, but she actually has a great sense of humor and has no problems poking fun at herself and her image.

The former Spice Girl switched up her hair yet again during the summer of 2007. The bob became asymmetrical as it went a bit shorter and got way blonder. While we love the hairstyle itself, we don’t think she looks especially good as a blond. We love her naturally brown locks and we think she should keep them looking natural no matter what. Highlights are okay, but going full-on blond isn’t the best choice.

2007 was an exciting year for Victoria Beckham. Not only did she move to the United States, she also reunited with the Spice Girls. They announced plans to release a greatest hits album and embark on an 11-show world tour. “We are going to celebrate the past, do a small tour and that will probably be it,” Posh announced. “Our priority is our families.” Beckham also joined the Spice Girls when they performed at the Victoria’s Secret fashion show later that year.

In 2008, Victoria Beckham grew out the blond and the asymmetrical bob and went back to the old inverted bob. When a hairstyle looks this good on someone, it is always a good idea to go back! It is so sleek and angled that it really brings out her high cheekbones and her fine features. As we all know, this can’t possibly last. In the last year alone, she’s had a few different hairstyles.

That same year, Posh made the brave decision to unveil her very own dress collection. “The collection was inspired by the femininity and sophistication of the midcentury silhouette,” she said. “I’ve always been drawn to intricate, seam-detailed designs, as their structure enhances the flattering shape of a woman’s silhouette.” Her collection has been a huge success. Many A-list celebrities, including Gwyneth Paltrow and Cameron Diaz, have gone on to wear her designs on the red carpet.

Shortly after going back to the inverted bob, Posh Spice got bored with the hairstyle yet again! So she decided to try out a super cute pixie cut. Many celebrities can’t pull this type of look off, but it looks fantastic on her. She has the type of features needed to sport super short hair. We can’t get enough of it! It is so Mia Farrow circa the late 1960s when she starred in “Rosemary’s Baby.”

Unfortunately, she decided not to keep the pixie hairstyle. It didn’t take her long to start growing it out and then start wearing hair extensions again. Some think that her decision to foray into design is what made her more adventurous with her hair. We get the impression that she is pretty detail oriented. Even watching her on the red carpet with the cute pixie cut, it looks like every hair has a place.

As of 2013, Victoria Beckham’s long dark locks were back! It seems that she tired of short hair, so she got herself some nice, voluminous hair extensions. She doesn’t seem like she is willing to commit to long or short hair these days. On Twitter, she posted a picture of herself with a bob, only to be seen later out and about later with long, loose waves.

She may like her hair long and we like it too. At the end if the day, however, there is no denying that she looks fantastic with shorter hair. Most women can’t rock the short cuts like Posh can. Many women can’t go from being a pop star to a bona fide fashion designer either. This woman clearly has a lot of talents and she doesn’t get the credit she deserves. We’re not sure when she will switch up her hairstyle again, but we hope it is soon.