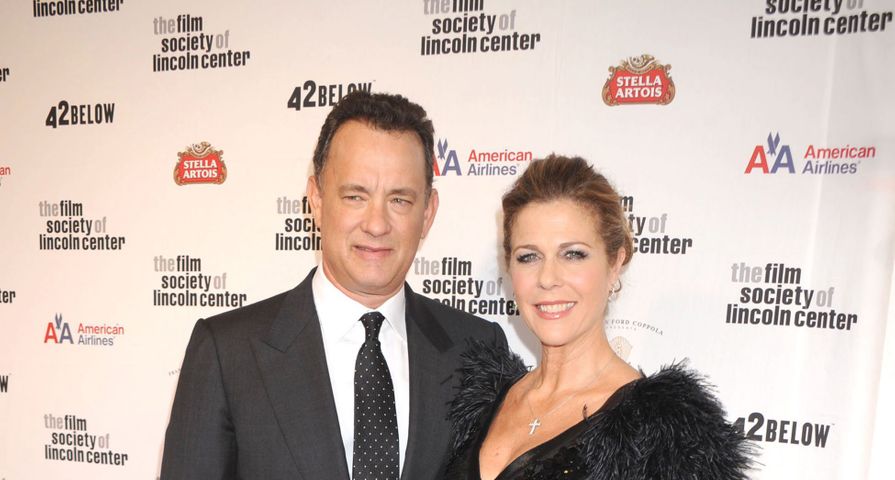 Tom Hanks and Rita Wilson are one of those Hollywood couples that have been together forever and seem just as in love as they were the day they were married. Hanks has never been shy about proclaiming his love for his lovely wife and she is just as smitten with him. Since the two are about to celebrate another anniversary, here are 10 things you didn’t know about the sweet couple:

They met in 1984 while he was starring on the TV show Bosom Buddies. She showed up in an episode about a video dating service. They then co-starred in the 1985 movie Volunteers. According to Hanks, he was immediately attracted to Wilson’s warm, stable personality. “Rita glowed with niceness,” he said. While they obviously liked each other, he was (unhappily) married at the time to his college sweetheart, Samantha Lewes, and Wilson was engaged, but not in love. “I didn’t know what being in love was until I met Tom,” she told Vanity Fair.

According to the Oscar-winning actor, he fell for his wife long before he met on set. He first saw her and fell for her when she made a guest appearance on the hit ‘70s sitcom The Brady Bunch. “I was actually at a friend of mine’s house when it aired and I remember thinking ‘that girl’s cute,’” he said at the premiere of My Big Fat Greek Wedding 2.

When the Philadelphia star worked with Wilson on the set of Volunteers, their attraction was undeniable, and even though Hanks at the time was married, his marriage was already broken. The two began dating and took their relationship public at the 1986 premiere of Three Amigos.

In 1987, Hanks’ divorce from Lewes was finalized, and the following year, he and Wilson were married. According to the actor, one of the reasons why their marriage works is because they accept each other and love each other unconditionally. “It was a complete and utter kind of acceptance of me on her part,” Hanks said. “It was a love that was unconditional.” In an interview with Good Morning America, Wilson conveyed the same sentiment. “He told me, ‘You know, you never have to change anything about who you are or what you do to be with me,’” she said.

While the Sully star has two children from his marriage to Lewes, Colin and Elizabeth, he and the Now and Then actress also have two children together, Chester “Chet” and Truman. Their eldest son Chet has struggled with addiction issues. He was in rehab during the summer of 2015, and in 2016, he revealed that he secretly fathered a daughter. Hanks and Wilson are reportedly really excited to be grandparents.

When it comes to the actor’s successes in life, he gives all of the credit to his lovely wife. For instance, when he won the Best Actor Oscar for his role in Forrest Gump, he said it was only possible because of his Wilson’s love. “I’m standing here because the woman I share my life with has taught me and demonstrates to me every day just what love is,” he told the 81 million people watching the Academy Awards.

According to Hanks, he and Wilson have very different personalities, and had they met in high school, they probably wouldn’t have connected. “I told her long ago, ‘if you and I were at the same high school I wouldn’t have had the courage to speak to you.’ Too vivacious, too beautiful, too popular – everything – too upbeat, too positive,” he said.

The happy couple rarely butts heads, but when they do, it’s always when one of them is driving. Hanks explained, “I am driving, what I always say is, ‘Just don’t you worry your pretty little head. All you have to do is sit there and ride and I will decide how to get there.’” Sounds like a pretty tame argument!

According to the veteran actor, having happy marriage isn’t hard work. “They say it must be hard work. No it’s not,” Hanks said. “Every now and again you know, you gotta get over some stuff but life is one damn thing after another and its actually more pleasant to be able to go home with someone you like to spend time with in order to get with it.”

One of the couple’s biggest challenges in their marriage was when Wilson was diagnosed with breast cancer and had a double mastectomy. While this might have been difficult for some couples, for Hanks and Wilson it only made them stronger. “You never know how your spouse is going to react in a situation like this,” she told The New York Times. “I was so amazed, so blown away by the care my husband gave me… who knew it would make you even closer?”