11 Things You Didn’t Know About The ‘Property Brothers’ 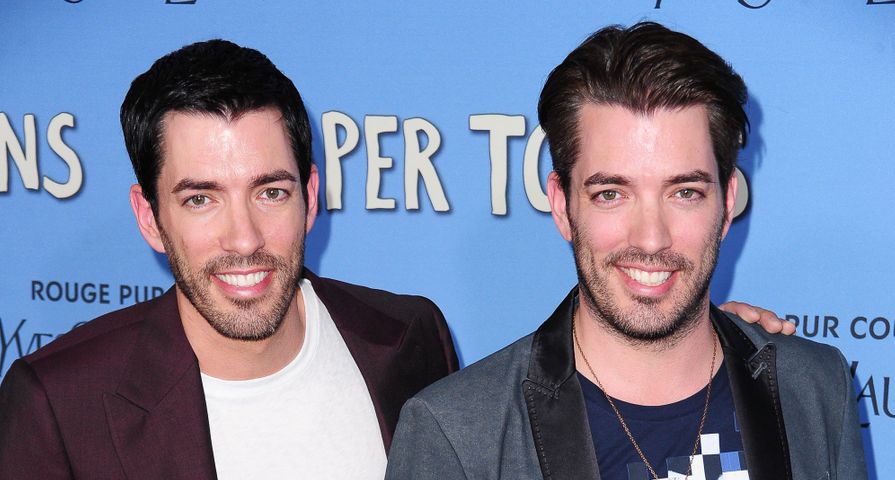 Drew and Jonathan Scott have become very well known names in the home renovation and real estate business thanks to their multiple hit shows Property Brothers, Buying & Selling and Brother vs. Brother. Their abilties in the industry, not to mention their striking good looks as identical twins, have made them a definite hit with audiences and home-buyers alike, with Drew specializing in real estate and Jonathan an expert in home renovations. As their star gets bigger and bigger, now is as good a time as ever to check out some unknown facts about Drew and Jonathan Scott!

Both Jonathan and Drew seem more like the loving instead of fighting type, but that didn’t stop Jonathan Scott from getting involved in a bar brawl. Just days before their 38th birthday, Jonathan was out on the town with friends, seemingly without Drew, and reportedly got in the middle of an altercation. Although his sources deny he had anything to actually do with the fight, it was Jonathan that ended up being subdued by the bouncer, after which Jonathan called the cops and claimed he had been assaulted.

Before hitting their stride by starring in their own shows, Jonathan, Drew and J.D. Scott founded an indie film company called Dividian Production Group in 2004. They all worked at performing, writing, directing and producing for years under this company before launching their own on-screen hits.

After finding success and with the rise of their popularity, the three brothers branched off with Scott Brothers Entertainment, which focuses on creating original content. If you’re thinking this means their own W Network and HGTV shows, you’d be wrong, Scott Brothers Entertainment is behind show such as The Interrogation, A Better Me, Karma Inc., The Oracle and more!

Many fans and audiences assume the Scott brothers are city boys, but they recently gave insight to their roots which included growing up on a ranch. The two premiered a special edition of Property Brothers called At Home on the Ranch in which they showed people their hometown, where they grew up on the farm and helped a family friend renovate their farm.

Given their early interest in the entertainment industry and natural ability at performing, both brothers were very interested in getting into acting. Jonathan and Drew both appeared on the Canadian teen show Breaker High which starred a young Ryan Gosling. Meanwhile Drew appeared in an episode of Smallville and Jonathan appeared on The X-Files.

Fans of Jonathan and Drew are well aware that the guys are both good-looking and tall, but not many are aware at how tall they are. Both brothers stand at 6’5.

The Property Brothers are Canadian! They grew up on a ranch in Vancouver, British Columbia; however, they now live in Las Vegas.

Jonathan and Drew Scott are very talented in many areas. Both of them know karate and have earned 2nd-degree black belts and won many Canadian National Championships. Jonathan actually had a very successful career as an illusionist for which he won many awards and performed in Vegas. They were also both compeitive bagpipe players, have their own sketch comedy group, and Drew had an interest in performing as a clown for years.

Their parents have said they had no idea they were having twins until the doctor saw Drew shortly after delivering Jonathan.

The one thing many want to know about both 40-year-old brothers is whether or not they are single. As it turns out, Jonathan was married but it ended in divorce. He was then asked to be on The Bachelor but declined. For now, Jonathan is currently dating Jacinta Kuznetsov, a development producer at Scott Entertainment, while Drew is engaged to Linda Phan, the Creative Director for Scott Brothers Entertainment.