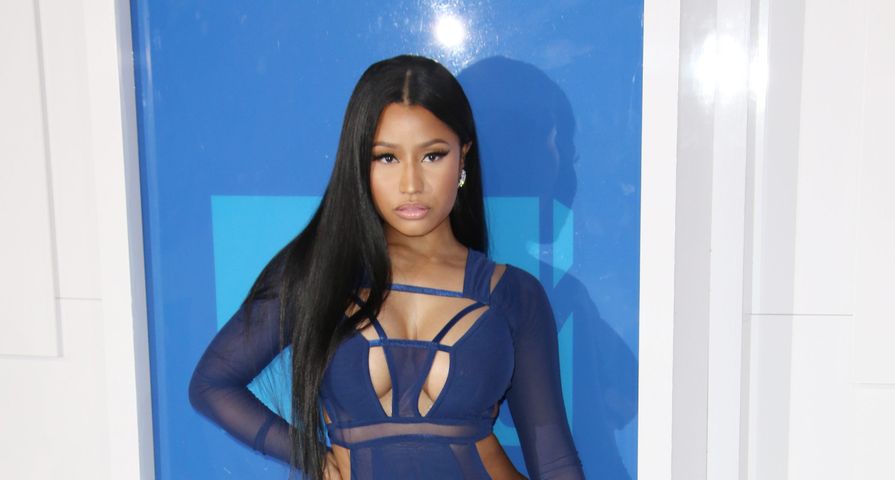 Nicki Minaj is one of the biggest female artists in Hollywood right now and been ranked as one of the most influential female rappers of all time. She’s sold 20 million singles as a solo artist, and 60 million as a featured artist. This singer and songwriter rose to fame with hits like “Starships” and “Super Bass” in 2012, and her more recent single, “Anaconda,” which peaked at number two on the Hot 100 and is the highest-charting single in the U.S. to date. Minaj does a lot more than rap — she was also a judge on the 12th season of American Idol, made her film debut in the animated film Ice Age: Continental Drift and held supporting roles in movies like The Other Woman and Barbershop: The Next Cut. Nicki Minaj turns 35 on December 8, so here’s a list of 10 things you probably didn’t know about her!

Her childhood was extremely rough because her father, Omar Miraj, was abusive and a drug addict. She told Ellen DeGeneres that she used to lock herself up in her room to escape all the arguing and that’s when she used to write. Minaj described one incident when her mother had a dream he was going to burn the house down, and so she told Minaj and her siblings had to go sleep somewhere else that night. Sure enough, the next night, he set their house of fire. Minaj has said that her father was never actually physically abusive to her, but rather he got angry a lot and was verbally abusive to her mother.

Nicki Minaj is very close with her mother, Nina. She was raised by her grandmother in Trinidad because her mother left to go to America to establish a better life. “When you’re from the islands, your parents leave and then send for you because it’s easier when they have established themselves; when they have a place to stay, when they have a job. I thought it was gonna be for a few days, it turned into two years without my mother,” she said in an MTV documentary. When she was five, she finally moved to Queens, New York with her mother. But the American dream wasn’t what she expected because shortly after they moved to New York, her father became addicted to crack. “It was right in the crack era. We didn’t know, but he fell victim to crack shortly after he moved to America,” she said.

Her real name is Onika Tanya Maraj. Of course, she doesn’t go by this name at all. She’s better known by her stage name, Nicki Minaj. When she first started out as a rapper her name was Cookie, then Harajuku Barbie. But once she was swept up in the industry, her name changed once again to Nicki Minaj, but she doesn’t like it, especially if her friends or family call her by that name. “My rule is, whatever you were calling me four years ago is what you should be calling me now, because I don’t like it when my family or close friends call me Nicki Minaj. To me I’m not Nicki Minaj when I’m with them. Somebody changed my name. One of the first production deals I signed, the guy wanted my name to be Minaj and I fought him tooth and nail. But he convinced me. I’ve always hated it,” she said in an interview with The Guardian.

She wrote her first rap song when she was only 12-years-old, but she didn’t take it seriously until she was 17 which is when she truly started pursuing a rap career. Before her solo career, she sang as a backup singer for the New York Rappers group. She was discovered by the CEO of Dirty Money, Fendi, who had stumbled across her MySpace page. He listened to a clip of her singing and immediately signed her to his label. Her first single was called “Playtime is Over” which was released in 2007. She was “discovered” once again by Lil Wayne after he saw her rap on the DVD The Come Up: The Carter Edition. In 2009 she was signed to Cash Money Records which is when her career really blew up.

It seems Nicki Minaj has been prepping herself for a career as a performer for quite some time. As a kid, she played the clarinet in elementary school and she studied drama at LaGuardia High School of Music & Art and Performing Arts in Queens — it’s also the school from “Fame.” This is where she used to work on her rap skills at lunch.

She only has one tattoo which reads, “God is with me always,” in Chinese. In an interview with Billboard, Minaj admitted that she wishes she never got it because it’s on her arm, so it’s hard to cover up when she wants to dress up or go to an event. The tattoo was originally meant to be behind her neck. “I told the guy, could you empty the ink out, I just want to see how the needle feels, like if it’s going to hurt real bad. So when he put that needle on that bone, I was like, never. Just do it on my arm,” she said. Her mother wasn’t too pleased about her new ink because, at the time, she also had a tongue ring. She said she was only 16 when she got the tattoo which even she admits is probably why she regrets it now! If she were to go back, she said she wouldn’t have done it.

Minaj has multiple alter egos. Roman is an irritable gay man, then there’s Martha, who is Roman’s mother, and a British lady from London. There’s also Harajuku Barbie who’s extremely sweet and innocent, and Spanish Rosa, Nicki Teresa and Nicki Lewinsky, and the list goes on. Minaj has also been known to go in and out of accents during interviews and songs. In an interview with The Guardian, she said her alter egos have all come from inside her head. Her first identity was Cookie, a persona that helped her deal with her dad’s abuse to her mother and his drug habits. “To get away from all their fighting, I would imagine being a new person Fantasy was my reality.”

After she graduated high school, she worked a few different jobs, but they often didn’t last long. She worked as a customer service rep, but that didn’t work out because as Minaj would say, “I like dealing with people, but I don’t really like a lot of bullsh-t, so maybe customer service wasn’t the best job for me,” she said. After that, she then worked as a waitress at Red Lobster but was fired after “I chased a customer out of the restaurant once so I could stick my middle finger up at her and demand that she give me my pen back. I swear to God I was bad.”

2. Haunted by an Abortion

When she was a teenager, Minaj got pregnant with her first boyfriend and made the difficult decision to get an abortion. “I thought I was going to die. I was a teenager. It was the hardest thing I’d ever gone through. [The decision has] haunted me all my life,” she said in an interview with Rolling Stone. “It’d be contradictory if I said I wasn’t pro-choice. I wasn’t ready. I didn’t have anything to offer a child.” She has alluded to this experience in the song, “All Things Go” which she raps, “My child with Aaron would have been 16, any minute.”

There are very few people in this world that would leave Nicki Minaj speechless, but the two female celebrities she said she would love to meet and truly respects are Madonna and surprisingly, Judge Judy. In an interview with Billboard, she said she likes Judge Judy because she’s hilarious and a total straight shooter: “She’s just straightforward but she doesn’t realize that she’s really, in her next life, a comedian. I think it’s hilarious like when people don’t know how funny they are, when they’re dead serious and I’m literally on the floor crying. I just love her.”