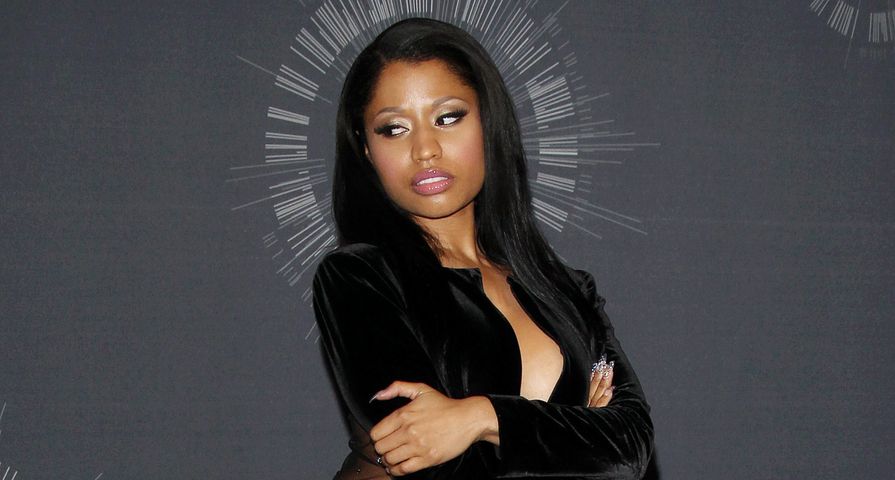 It’s nice to live and let live, but when multi-millionaires lodge baseless complaints to the masses via social media, it’s an open invitation for the masses to take them to task. The silliness proclaimed by Nicki Minaj via Twitter due to a slighting by an awards nomination committee turned nasty when she made a few passive aggressive suggestions about a few serious issues. If Nicki can’t understand, perhaps she should consider these 7 reasons why she didn’t score more VMA nominations.

Nicki’s act is old. It’s tired. Already. And how long has she been around? She’s slighting her own talent. Monumental talent. Let’s guess what Nicki will do in her next video, shall we? Show off her faux assets, and get dolled up like Little Miss Makeup? It’s relatively the same thing in every video with varied costumes. Lest we forget, Nicki’s Twitter argument was based on the fact that “Anaconda” didn’t receive a nomination for video of the year. Here’s why: it’s been done before. Nicki has done it before. She’s more talented than riding the snake, and playing to the lowest common denominator. If you’re gonna sample one of the most iconic rap songs of all-time, which featured one of the most iconic videos of the 1990s, at least do something original.

6. MTV Is Owned by Viacom

Nicki needs to realize that we’re living in a different America than we were a few years ago. The political pressure to keep chauvinism and female objectification out of the media is stronger than it has ever been. That includes small operations like MTV. The VMAs are the biggest thing that MTV does every year, and it’s really the only thing they have any money for. And that money doesn’t really come from MTV. MTV is a child of Viacom, and while it’s speculation, it’s reasonable — and very likely — to believe that word came down from the top about the direction the parent company wanted MTV to take with the 2015 VMAs. The pressure from the capitalists investing in these companies has begun to resound throughout the industry. No more objectifying women. Sorry, folks, we can’t have it both ways.

5. Her Record Labels Didn’t Fight For Her

The entertainment industry is full of campaigning and politicking for every honor, from the Oscar for Best Actor to the Video Music Award for Video of The Year. Perhaps the folks at MTV didn’t feel the need to have Nicki in the mix, because her own label didn’t campaign for her in the same manner that others did. If this seems strange, just find anyone who has served on a nominating committee for an awards show. These things happen annually, and many artists get lost in the shuffle. Add to that the fact that some labels treat the voters better than others. It’s no coincidence that Taylor Swift is in the mix every time she releases an album. People tried to play the race card when Selma was snubbed for the Oscars last year, too. It wasn’t racism — it was Paramount releasing the screeners to the Academy members way too late.

4. All Things Considered: Anaconda Was Weak

This could easily be number one on this list, but there are some deeper issues to address in the top three. There’s no getting around the fact that “Anaconda” was shtick. It was designed for one reason, and one reason only… to get a rise. The song itself is far too reliant on Sir Mix-A-Lot’s “Baby Got Back” sample, and the video is borderline embarrassing to even the horniest of high school kids. It’s too much. If there is something beyond overt, that’s what “Anaconda” is. It’s a cheapening of Nicki’s talent. An analogy: you don’t order a steak at Del Frisco’s Steakhouse in New York City, then slather it with A1 steak sauce, or dip it in ketchup. Don’t cheapen something that has so much potential. That’s exactly what Nicki is doing to herself. It’s not to say that she’s not sexy… but we learned that in 2010. Let’s move on.

To elaborate on a few previous mentions of Nicki Minaj and hypersexuality… It’s 2015. Why are we still so sex obsessed? We get i t– sex is awesome! Did people stop having it, and we’re trying to create a comeback? No. It sells well. Always has. When you’re an artist, and you become defined by sex, it puts you in a labeled box. It paints you into a corner. Brass tacks, Nicki Minaj can flow. She can freestyle. She can write. She can entertain. “Super Bass” was a nice, pop introduction to Nicki Minaj, but at a certain point, people are going to expect more, even in the realm of fluff. Consider Bruno Mars and Mark Ronson’s fluffy duo on “Uptown Funk.” It was a throwback, but it was also step forward. Nicki could have done something fun with the nod to “Baby Got Back,” but it seemed like a step back.

What is there to complain about? Why complain about a nomination when you’re definitely not going to win the award anyway? Heck, the best video of the past year was Chet Faker’s “Gold,” and it was only nominated for “Best Choreography.” It should have garnered multiple nominations. It got one. He’s not complaining. Nicki should thank her lucky stars that people are still so easily lured to something shiny, and “Anaconda” enjoyed two nominations for “Best Female Video” and “Best Hip Hop Video.” Yes, there is something to be said about the competitive spirit of Nicki, and wanting to “win” the top honor but to cry foul? As if there are any rules in this silliness that is referred to as the VMAs. It’s wholly subjective.

1. The Fact That She Complained…

…in the first place says it all. There’s an overwhelming sense of entitlement, and inflated sense of self worth. People going to bat for her after her Twitter complaint are suggesting that she was “saying something.” Then say it! Stop beating around the bush. We can all read between the lines about what is being implied, but if there’s a legitimate issue, it should be stated. Body shaming. Racism. Sexism. All these isms, and people don’t really know what they mean. Let’s lump it in one big category: She is entitled, and easily offended when things don’t go her way and what she’s doing should be called millennialism. In related news, people in Africa eat clay discs because they have no fruits, vegetables or meat. Clay.