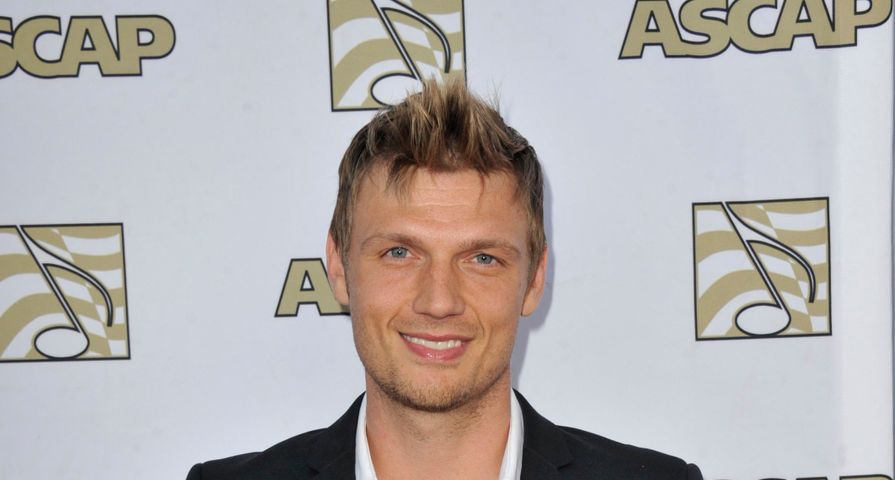 Nick Carter has been famous since the mid ‘90s when he first rose to fame as the youngest member of the hit group the Backstreet Boys. Although he has been in the spotlight for most of his life at this point, fame hasn’t always been easy for the blonde heartthrob. Since he’s celebrating his birthday soon, here are 10 things you didn’t know about Nick Carter:

The blonde singer has been arrested more than once. He was first arrested back in 2004 on suspicion of refusing to follow police orders to vacate the nightclub Pop City in Tampa, Florida, after a brawl broke out inside. He was reportedly told over 10 times to leave, but continued to argue, so he was charged with a misdemeanor count of resisting and opposing a law enforcement officer without violence, was handcuffed and put in a police car, but then was released on his own recognizance. The following year he was arrested for drunk driving in Huntington Beach, charged with driving under the influence and was forced to attend alcohol education classes. He was also arrested in 2016 after he attacked and choked an employee in Hog’s Breath Saloon, a bar in Key West. He was charged with misdemeanor battery and was put in jail. The following day, he was released on a $1,500 bond. In April 2016, People learned that prosecutors were going to dismiss the case in six months in exchange for 25 hours of community service and $298 in court related fees as part of a pretrial intervention program for people with minimal criminal history.

Nickolas Gene Carter was born on January 28, 1980 in Jamestown, New York, to Jane and Robert, who owned a bar called the Yankee Rebel. He has four younger siblings, Bobbie Jean, Leslie, and twins Aaron and Angel, as well as an older half sibling, Ginger, who was born in 1972, from his father’s previous marriage. During the mid ‘80s, his family moved to Ruskin, Florida, where his parents managed the Garden Villa Retirement Home. In 2003, his parents divorced and his father remarried Ginger Elrod, and together they have one son, Kaden, who was born in 2005.

The former boy bander has a history of drug and alcohol abuse. He started drinking when he was a teenager and then began using marijuana before he moved on to cocaine, Ecstasy and Vicodin. At the height of his struggles, he would drink a bottle of vodka with a side of cocaine and ecstasy every night. He believes that his use of Ecstasy actually caused changes in his brain chemistry because he now struggles with bouts of depression. He didn’t stop his partying until 2008 when he visited his doctor for a routine checkup and found out that he had cardiomyopathy, a potentially-fatal weakening of the heart muscle, which was caused by a build-up of toxins from drugs and alcohol. Although he gave up drugs, he still struggles with alcohol.

Growing up, Carter’s family life was really rocky. His father had a dominating personality and both of his parents were heavy drinkers who would constantly fight. Things would get physical. The kids would hear furniture breaking and glass smashing, as his mom and dad would fight. When Nick rose to fame with the Backstreet Boys, he became the financial provider for the family and a role model for his siblings, which created problems given the kinds of struggles he had with drugs and alcohol.

The House of Carters star’s most famous relationship was with Paris Hilton. They dated for several months back in 2003-2004 and the relationship was anything but stable. She reportedly cheated on him with Chad Michael Murray and he cheated on her with Ashlee Simpson. In 2008, he started dating the love of his, Lauren Kitt. He proposed to her in 2013 with a 7-carat pear-shaped diamond, and they were married 2014 in in Santa Barbara, California. In 2016, Kitt gave birth to the couple’s only child, a son named Odin Reign.

The constant turmoil in his family led to the singer becoming estranged from his parents and his siblings at various points through the years. Following the death of his 25-year-old sister Leslie, who died of an accidental overdose, Carter found that his family placed the blame squarely on him. “I started to get blamed by the rest of the family. They were blaming me for the death,” he said. “I felt it was unfair, especially with all the things I have done and continue to do for them.” As a result, Nick didn’t attend Leslie’s funeral.

In 2006, Carter and his siblings got their own reality TV show, House of Carters. According to Nick, he was looking to create the loving family environment that they never had when they were growing up and he wanted to give his sisters a taste of the celebrity life that he and his brother Aaron had during the height of their fame but his good intentions backfired. His siblings saw him partying and hanging out with questionable people – the very things he didn’t want them doing – which ended up driving a wedge between them.

Carter lost her virginity to the infamous Debra Lafave, the 23-year-old, eighth-grade teacher who was arrested for having sex with her 14-year-old student. According to Nick, he met her at church when he was 14 or 15 and he was totally smitten with her. The relationship, however, ended when Lafave cheated on him with a girl. He claimed back in 2006 that he always carried a torch for his ex and secretly hoped for to reconcile with her – that is until he found out that she’d been charged with Lewd and lascivious battery.

The pop singer’s mother started getting him into showbiz when he was a child. He was involved in voice lessons and dance lessons, and performed in commercials for Florida State Lottery and The Money Store. He also played the lead role in his fourth grade production of Phantom of the Opera at his elementary school, did an educational video called “Reach For The Book,” performed at the Tampa Bay Buccaneers home games for two years, and even appeared in the movie Edward Scissorhands. Before the Backstreet Boys, Nick’s dance teacher had put him in a group called Nick and the Angels. They covered hits like “Breaking Up Is Hard To Do” and “Uptown Girl” and had some of their own original songs. When he was 12, he seemed destined for big things when he went on the talent show, New Original Amateur Hour, and won.