Things You Might Not Know About The Backstreet Boys 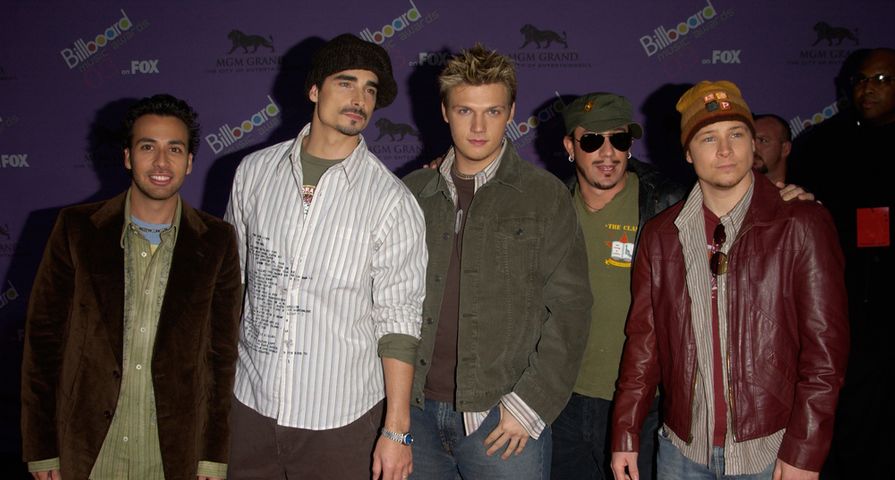 The Backstreet Boys are one of the biggest boy bands of all time. Even though they weren’t the first (that was New Kids on the Block), they were still the best (sorry N’ SYNC). Since they first became a group 23 years today, here are 10 things you didn’t know about the Backstreet Boys:

Lou Pearlman, former manager of the group, is the one who came up with their name, Backstreet Boys. He got it from Orlando’s Backstreet Market, an outdoor flea market in Orlando, Florida, that was also a teen hangout.

Their first performance was at SeaWorld Orlando in May 1998 and then they went on the road, appearing at amusement parks and malls and then schools.

In 1993, the Backstreet Boys almost signed with Mercury Records, but the deal ended up falling through because John Mellencamp threatened to leave the label if they got into the boy band business.

They secured their first record contract with JIVE in 1994 after two executives saw them performing at a high school in Cleveland.

When the Backstreet Boys released their first single, “We’ve Got It Goin’ On” in 1995, it was only a minor hit in the U.S.; however, it was a smash hit in Europe, so the boys toured Europe for two years.

Back in 1994, before the group had made it big, Phoenix Stone was a member of the Backstreet Boys, but he decided to try and make it as a solo act and left the group.

In 1998, Brian Littrell sued their manager Lou Pearlman and in May of the same year the rest of the group joined the litigation. Pearlman had taken in several million dollars since the group was first signed in 1993, but the five boys had received less than $300,000 or about $12,000 per member each year. The band eventually received a series of settlements and their freedom from Pearlman.

Brian Littrell was born with a congenital hole. In 1998, he finally underwent open heart surgery after his heart had enlarged to dangerous proportions. He had delayed the surgery twice, but ended up fitting it in during the middle of the Backstreet’s Back Tour.

Howie Dorough and A. J. McLean were the first members of the Backstreet Boys and Nick Carter, who was discovered during auditions, was the third. Kevin Richardson – who was working at Disney World at the time – met Howie, A.J. and Nick through a co-worker and then joined the group and then his cousin, Brian Littrell, was invited to complete the lineup.

Ryan Gosling was doing the Mickey Mouse Club and living in the same apartment complex as A.J. McLean when the Backstreet boys were first forming. According to A.J., he and Ryan were friends and he even invited him to join the group. “They were just forming that band, so he was saying how big they were going to be – and he had a poster of them in his house,” The Notebook star said. “We were like, it’s never going to happen. Didn’t they already do that with New Kids? You’re a little late. Cut to… I was wrong.”