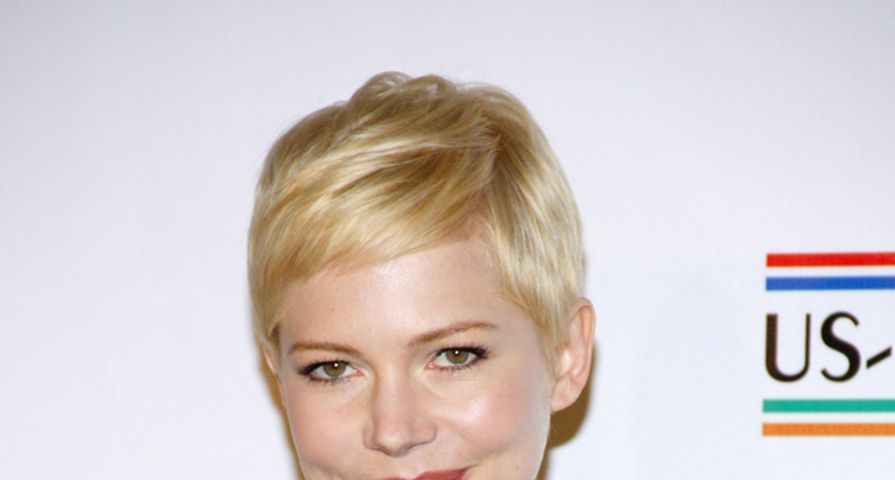 Michelle Williams has built quite the career for herself. From her early days on Dawson’s Creek, to her more recent role as Marilyn Monroe, Michelle is an exceptional actress who only gets better with time. At an early age, she was driven to pursue acting, and has been fearless in forging her path. Here’s 10 things you might not know about Michelle’s upbringing and acting career.

Michelle attended a private Christian school when she lived in San Diego. With the success of her 2005 film Brokeback Mountain, a romantic drama about two gay cowboys, the school’s headmaster expressed disappointment about her involvement in the film. “Michelle doesn’t represent the values of this institution…I hope we offered her something in life. But she made the kinds of choices of which we wouldn’t approve,” the headmaster stated. “‘Brokeback Mountain’ basically promotes a lifestyle we don’t promote. It’s not the word of God.” The criticism didn’t bother Michelle though, as she proudly stood behind her work.

Now a 3-time Academy Award nominee and Golden Globe winner, Michelle started out with a humble acting career. Her first big break in film came when she played April Foster in the 1994 film Lassie. She was 14 at the time. She also had minor roles throughout the 1990s in the TV shows Baywatch, Step by Step, and Home Improvement. Watch a throwback to Michelle’s first movie role in the video below.

Michelle was driven to be an actress at an early age. After the stint at the private Christian school, she decided she’d be better suited to complete her GED at home. With a completed GED, she’d be able to legally emancipate from her parents. This would enable her to work longer hours on set, as she’d be considered an adult, not a minor. Michelle successfully emancipated from her parents at the age of 15. She stressed that her decision to do this was purely based on advancing her acting career, not because she had a poor relationship with her family. In fact, her parents approved of her decision.

7. Fear Of Being Typecast

Michelle landed the role of troubled teen Jen Lindley on Dawson’s Creek in 1998. Despite the show’s success, Michelle was already looking ahead to future roles as she feared she’d be typecast as a teen star. “I said to a friend [that] being on Dawson’s Creek was kind of like being a mobster,” she once revealed in an interview. “You set up a shop selling pizza, but in the back you’re laundering money. You’re doing one thing in plain sight and secretly plotting something else. I was plotting my tastes, my interests, my beliefs and hopes for what I could be.”

Early on in her career, Michelle had a clear vision of what she wanted to achieve as an actress. Reflecting on the career path she chose, she stated, “I remember when I was 18 and I was offered this play called Killer Joe, and I was also offered a movie about cheerleaders who carry guns. And Killer Joe was, I don’t know, maybe a 200-seat house, making scale. And the cheerleader movie was the kind of money that you can live off of for a long time to come.” The actress considered this to be an influential moment for her that ultimately decided how she’d approach acting roles throughout her career. “I remember seeing the paths diverge. And I remember how easy the choice was. And so to me that feels like the beginning. That feels like where I began to develop my taste. I did the play, obviously.”

The talented actress successfully beat out Amy Adams, Kate Hudson, and Scarlett Johansson for the role of Marilyn Monroe in My Week With Marilyn, co-starring Eddie Redmayne. Initially, Michelle turned down the role because she felt the character of Marilyn was too much of a stretch for her. “Physically and vocally, everything about her is different from me,” she said. But after giving the role more thought, she decided she couldn’t pass it up. The role required her to perform musically. Feeling uncomfortable about lip-syncing, Michelle took vocal lessons so she could sing the numbers. In 2011, she was nominated for the “Best Actress” category of the Academy Awards, and won a Golden Globe for her performance.

Michelle is known for having one of the best looking pixie cuts in Hollywood. Speaking about her decision to sport the short look, the actress told Elle UK, “I’ve really grown into it – I feel like myself with short hair. And it’s been a really long time since I had long hair, five years. Of course, the only people who like it are gay men and my girlfriends,” she joked. “Straight men across the board are not into this hair.” But her choice to wear the style had even more meaning – it was to honor her late long-term boyfriend, Health Ledger. After Ledger tragically died from an accidental overdose, Michelle cut her mid-length hair into a short crop. “I cut it for the one straight man who has ever liked short hair and I wear it in memorial of somebody who really loved it.”

Another thing you might not know about Michelle is that she is an expert at trading. Michelle’s father Larry is a commodities trader and has published over 9 books about investing. Larry home-schooled Michelle and taught how to trade in the markets. She took to the skill “like a duck in water,” Larry once told Traders’ Magazine. Although Michelle was persistent about pursuing an acting career, it didn’t mean she still didn’t follow in her father’s footsteps. At the age of 17, she won the Robbins World Cup Championship of Futures Trading after she managed to turn $10,000 into more than $100,000.

Unfortunately, Michelle’s father was involved with some financial problems and was arrested for tax evasion. The charges claimed he had evaded taxes from over $1.5 million in royalties from 1999 to 2001. Though the charges were later dropped after Larry agreed to plead guilty to one misdemeanor of failure to file a tax return, the ordeal affected his relationship with his daughter. Michelle was said that she no longer has a close relationship with her father. Her parents are separated.

1. Her Family Were Stowaways

While Michelle’s family is rooted in Montana, and there’s an interesting story about how they got there. In a 2011 interview with Vendela Vida, Michelle talked about the history of how her maternal Norwegian relatives came to live in the state. “Inge Jacobin would be my great, great grandmother, I think, and she was a stowaway. At 15 years old, she got on a boat from Norway, made it to Ellis Island, and then hopped on a covered wagon, and that’s how they got to Montana. I found that out after I made Meek’s,” a reference to her 2010 Western film Meek’s Cutoff about settlers travelling through Oregon during the 1840s.