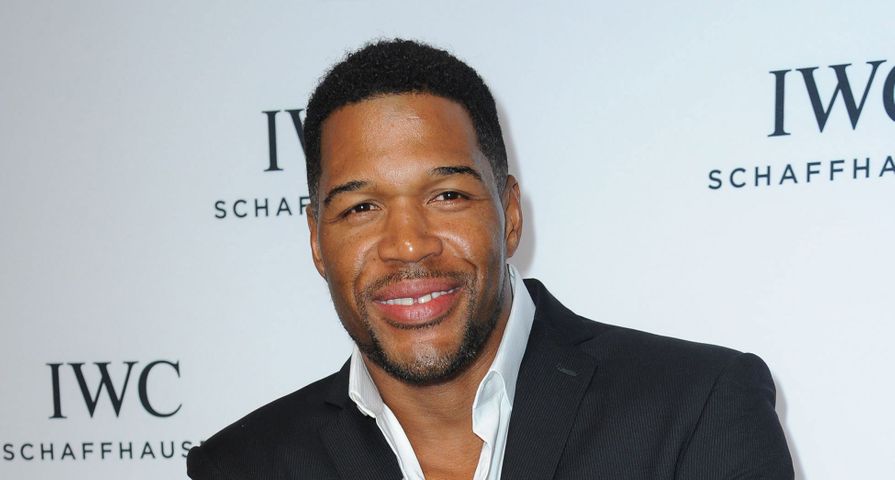 Michael Strahan is one of the very few who has transitioned seamlessly from star athlete to TV personality, and now more than ever he is making headlines. As the co-host of Live with Kelly and Michael and the replacement of Regis Philbin on the iconic talk show, Strahan was more than welcomed by fans and is now moving over in ABC to host Good Morning America. This move has brought a lot of controversy surrounding Live! and Michael’s relationship with co-host Kelly Ripa, and with so much buzz about him, here are 10 things you didn’t know about Michael Strahan:

Michael Anthony Strahan was born on November 21, 1971, to Louise and Gene Willie Strahan, their youngest of six children. Athelticism was born into Strahan as his mother was a basketball coach and his father was a boxer and major in the U.S. Army. Due to his father’s job, the whole family moved to an army post in Mannheim, West Germany when Strahan was only nine years old and that’s where he grew up.

As a result of his upbringing, Strahan attended high school at MAHS (Mannheim American High School) which is a US Department of Defense Dependent High School in Germany. Right before his senior year, however, his father sent him back to live with his uncle Art, a retired professional football player, in Texas. Michael then spent his senior year at Westbury High School.

As everyone is well aware, Strahan is a former star NFL player, spending his entire 15-year career as a defensive end for the New York Giants. It seems he was a natural talent and although he only played one season of football at Westbury High School in Texas it was enough to land him a scholarship from Texas Southern University. He was a standout college player, accumulating many awards, and was drafted in the second round of the 1993 NFL draft by the Giants where he went on to be a 7x Pro Bowler and Super Bowl XLII champion and in 2001 set the NFL record for sacks in a single season. He now has permanently bent and crooked fingers from his years in the league, stating, “It’s all from grabbing people. You know when you’re running and grabbing somebody and you try to jerk them? After the play is over and your fingers [bend]? You don’t come out of a football game because of a finger. So you suck it up. They tape it together and you go play again. The next day looks like two put together. But you deal with it.”

On June 9, 2008, Michael Strahan officially retired from the NFL and on October 1, 2010 he co-hosted Live! with Regis and Kelly for the first time ever with Kelly Ripa on a show when Regis was absent. After Regis left in 2011, Strahan’s twenty guest appearances on the show in just over two years landed him the role as the new official co-host. His first official day was September 4, 2012, and the show saw instant success in its ratings and rebranded to Live! with Kelly and Michael. Along with hosting, Strahan has also dabbled in acting, appearing in Chuck in 2008 and starring in the 2009 sitcom Brothers, but it only lasted for one season. He was most recently seen in Magic Mike XXL and the comedy series Black-ish.

You have to be a big guy to play defensive end professionally, and Michael Strahan is no exception. The contrast in size between himself and co-host Kelly Ripa is astounding, but not surprising considering Strahan stands at 6’5″ and weighs in at 250 lbs which is down from his playing weight of 280 lbs. In comparison, Ripa stands at about 5’2″ and around 100 lbs.

Although homosexuality is still largely not discussed in the NFL, Strahan is an outspoken supporter of gay marriage rights. In 2011 he filmed  a commercial advocating for the legalization of same-sex marriage in New York. In the commercial he stated, “As a defensive end for the New York Giants, I always played the game tough, but fair. And I feel it’s unfair to keep committed couples from being married.”

Back in 2002, Strahan had a major renovation done on his home in New Jersey, and before moving, he allowed the Junior League of Montclair-Newark to use the home to raise money for their league. He allowed them to decorate the mansion and hold their events there and hold host tours to raise money. All of the money went to Junior League programs such as Children at Rish and HomeCorp. A few years later in 2008, Strahan and his Giants teammate Justin Tuck paired up to design a pair of exclusive sneakers for Nike with all of the proceeds from the sales of the shows going to Nike’s Let Me Play campaign.

Strahan’s personal life has been a source of fodder for tabloids over the years. He married his first wife Wanda Hutchins in Germany with whom he welcomed daughter Tanita, 24, and son Michael Anthony Strahan Jr., 21, before they split in 1996. After his split from Hutchins he married Jean Muggli in 1999, with whom he welcomed his twin daughters Sophia and Isabella, 12, before his split from Jean in 2006. In 2009, Strahan was then famously engaged to Eddie Murphy’s ex-wife Nicole Mitchell, but they called off their engagement in 2014.

Happy times on a happy birthday for my angels

Strahan’s divorce from Jean Muggli garnered much attention after it turned ugly pretty quick. Muggli asked for a $15 million divorce settlement, as well as $18,000 a month in child support. In her testimony for the divorce, she stated that her then 20-month-old daughters needed to be “accessorized” and the girls’ preferences meant she had to spend almost $30,000 in photo shoots, $27,000 on clothing and $1,700 for sign language classes for the babies even though neither one was hearing impaired. Strahan has long been rumored to be a ladies man and in 2014 his personal life made headlines again with reports that his seven year relationship with Nicole ended because she caught him cheating. Of course, things got worse for the pair when images surfaced showing Nicole getting close to former NBA star Jim Jackson while on a vacation during a time when she was still engaged to Strahan.

Michael Strahan is a self-proclaimed matchmaker for his friends and he says not only does he enjoy doing it, but he also says he is very good at it. According to the star, he was the one who set up sports reporter Erin Andrews with her NHL player boyfriends Jarret Stoll. He is also the man behind the marriage between model and actress Angie Harmon and former NFL pro Jason Sehorn.